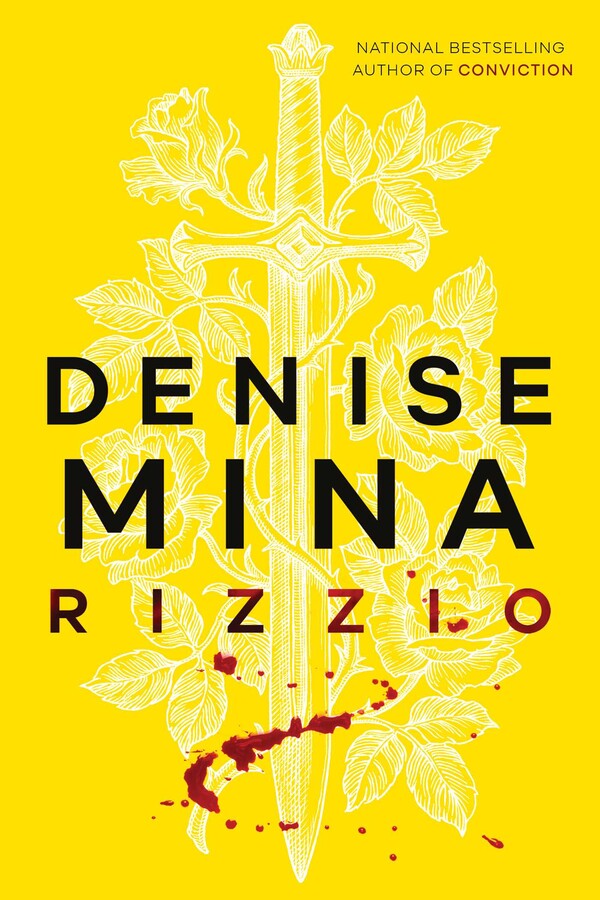 From the multi-award-winning master of crime, Denise Mina delivers a radical new take on one of the darkest episodes in Scottish history—the bloody assassination of David Rizzo  private secretary to Mary, Queen of Scots, in the queen’s chambers in Holyrood Palace.

On the evening of March 9th, 1566, David Rizzio, the private secretary of Mary, Queen of Scots, was brutally murdered. Dragged from the chamber of the heavily pregnant Mary, Rizzio was stabbed fifty six times by a party of assassins. This breathtakingly tense novella dramatises the events that led up to that night, telling the infamous story as it has never been told before.

A dark tale of sex, secrets and lies, Rizzio looks at a shocking historical murder through a modern lens—and explores the lengths that men and women will go to in their search for love and power.

Rizzio is nothing less than a provocative and thrilling new literary masterpiece.

Denise Mina is the New York Times bestselling author of The End of the Wasp Season and Gods and Beasts. Her recent novel Conviction was a Reese Witherspoon Book Club Pick and a national bestseller She is a regular contributor on the subject of crime fiction for television and radio. Denise lives in Glasgow.

"Bestseller Mina vividly recreates a gruesome episode from the Tudor era in this searing novella set mostly over the course of a single day, Mar. 9, 1566. Mina interjects well-wrought characterizations; this superior historical thriller reads like a real-life episode of Game of Thrones."

"Mina’s latest is a taut, provocative novella dramatizing the events around the brutal 16th century assassination of David Rizzo, private secretary to Mary, Queen of Scots. Mina reimagines the poisonous atmosphere that led to the killing and offers readers a darkly poetic vision of life at that bloody court."

"Denise Mina has achieved a near miracle with her novella, Rizzio... it is the type of vivid fiction that directs readers to documented history."

– The Guardian, Book of the Day

"The novella’s suspenseful narrative reveals all of the cruelty and outright brutality of the crime in brilliant detail. Royal history buffs will find this portrait of the bloody evolution of one of the world’s longest lasting monarchies fascinating, and mystery fans will be interested in picking up new threads of a historical crime examined by Arthur Conan Doyle in his story 'The Silver Mirror' (1908) and by Caleb Carr in his novel 'The Italian Secretary' (2005)."

"Mina is the cream of the crop, an author who pushes the crime novel in new and exciting directions.”

“Takes readers on a suspenseful tour into the past, through psyches and situations far grimmer than even those sooty Glasgow streets."

"Mina has always been a close observer of brutality. This one feels painfully real."

"A terrific exploration of crime and oppression."

"This stand-alone thriller showcases Mina at her best, capturing the nuanced psychological suspense and ethical shadows of her Alex Morrow series as well as the electric dialogue and tangible grit of her Paddy Meehan novels."