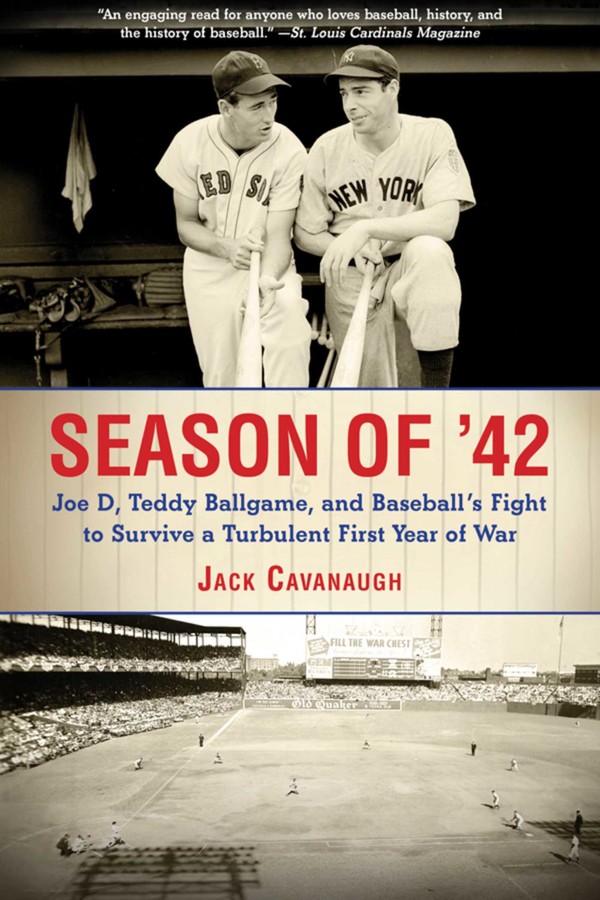 Big league baseball would seem to have been a hard sell in 1942. World War II was not going well for the United States in the Pacific and not much better in Europe. Moreover, the country was in drastically short supply of ships, planes, submarines, torpedoes, and other war materials, and Uncle Sam needed men, millions of them, including those from twenty-one through thirty-five years of age who had been ordered to register for the draft, the age range of most big league baseball players.

But after a green light” from President Roosevelt, major league baseball played on in 1942 as it would throughout the war. It turned out to be an extraordinary season, too, spiced by a brash, young, and swift St. Louis Cardinal team that stunned the baseball world by winning the World Series. The 1942 season would be overshadowed by war, though, with many people wondering whether it was really all right for four hundred seemingly healthy and athletic men to play a child’s game and earn far more money than the thousands of young Americans whose lives were at risk as they fought the Germans and Japanese abroad.

In Season of ’42, veteran sportswriter Jack Cavanaugh takes a look at this historic baseball season, how it was shaped and affected by the war and what, ultimately, it meant to America.

Jack Cavanaugh is a veteran sportswriter whose work has appeared most notably on the sports pages of the New York Times, for which he has covered hundreds of assignments. He is the author of six books, including Tunney (2006), which was nominated for the Pulitzer Prize, The Gipper (2010), and Season of ’42. He has also written for Sports Illustrated, Reader’s Digest, Golf and Tennis magazines, and a number of other national publications. Cavanaugh also was a reporter for ABC and CBS News, and has been an adjunct professor at Fairfield and Quinnipiac universities, and the Columbia Graduate School of Journalism.