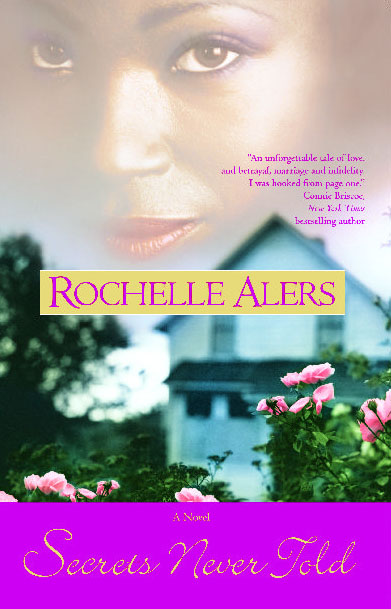 From national bestselling author Rochelle Alers comes the powerful story of one woman and the secrets that will forever alter her vision of her family, her marriage, and herself.

In one night, Morgana Johnson-Wells takes two hard hits: first, news that her mother has died, then evidence that her husband is having an affair. Fleeing Baltimore to tend to her mother's estate in Salvation, Georgia, Morgana finds comfort in the company of her Uncle Julian and in the diaries her mother left hidden in the attic.

Shocked by her mother's most private thoughts and confused about both her illusions of her own childhood and the fate of her marriage, Morgana is drawn to local artist Erick Wilson, with whom she shares the kind of intimacy she and her husband have lost along the way. The connection grows deep, and by the time all of her mother's secrets are revealed, Morgana has a few secrets of her own...secrets of the heart, mind, and body that need never be told.

By clicking 'Sign me up' I acknowledge that I have read and agree to the privacy policy and terms of use. Free ebook offer available to NEW CA subscribers only. Offer redeemable at Simon & Schuster's ebook fulfillment partner. Must redeem within 90 days. See full terms and conditions and this month's choices.
Reading Group Guide for Secrets Never Told

1. Who is the book's narrator? Why does the author set the story in a town called Salvation? Who finds salvation there? Pick a passage and share how the author uses description and setting to tell the story.
2. What are the secrets never told? Why does Edward make the deal with Randolph?
3. Describe Franklin, Morgana, Randolph, and Katherine as if you are describing them to a friend. Share what they look like, their habits, where they come from, and what kind of people they are.
4. What are the parallels between the marriages of Franklin and Morgana and Katherine and Randolph? How do the couples' sexual relations relate to the functioning of their marriages?
5. To what is Morgana referring when she says of Katherine, "even in death she affected a mysterious smile"? When did you realize that Morgana Johnson-Wells is Julian's daughter? Share whether or not you are surprised to be more involved, early on, in Katherine's story rather than Morgana's. Why does Rochelle Alers construct the book this way?
6. How could Morgana have missed the signs that Franklin was fooling around? Discuss why his cheating may not have had anything to do with his wife. Why would he cheat if he believes his marriage to be "something sacred, something so vital"?
7. Look at the paragraph in Chapter 3 that describes Katherine's hair. Discuss what information is imparted and what puzzle pieces of the story are put in place.
8. How does Morgana treat Franklin after she learns of his philandering? Share whether or not you believe she still loves him, and why. What does it mean that Morgana celebrates her 28th wedding anniversary with another man? Discuss Franklin's unraveling after he visits Morgana on their anniversary.
9. Why does the author utilize diaries in Secrets Never Told? What does Morgana learn from the diaries? How do they affect her life? Discuss whether or not you keep a diary and how you would feel if someone looked at it now as well as after your passing. What would you do if you found the diaries of one of your parents?
10. Why is Katherine so repulsed by Randolph? Even though Randolph didn't tell Katherine about "winning" her, does Katherine know about it? Looking at Katherine's journal entry in Chapter 12, what does she say about her life with Randolph? About her feelings about gambling?
11. Share your reaction to Katherine being Randolph's prize. Is Randolph's attraction based on Katherine's hair and skin color? Consider how and why men confer different status to women in Secrets Never Told. Does Randolph really love Katherine, or is something else involved?
12. Think about "black magic" and working "roots." Discuss why people believe in them. Why would Lenny want to harm Randolph even though she is told that he would come back to her? What is going on when Randolph has his accident? Does black magic have anything to do with it?
13. What is the "miracle Jesus wrought in Cana"? When and why does this reference appear in the book? Why is it significant for Secrets Never Told?
14. Discuss Uncle Julian. When did you figure out he was more than Morgana's "Uncle"? Trace his life and his accomplishments as an African American in the twentieth century.
15. How does Morgana justify sleeping with Erick? How does having a time-frame for her affair with Erick affect Morgana?
16. In Chapter 19, Morgana says that Randolph, Julian, and Katherine "were all losers." Why does she feel this way?
17. Share whether or not you are satisfied with the book's outcome, and why. 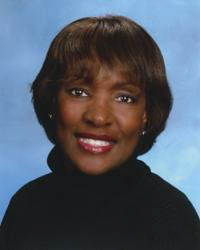 Hailed by readers and booksellers alike as one of the most popular African American authors of women's fiction, Ms. Alers is a regular on bestsellers list, and has been a recipient of numerous awards, including the Vivian Stephens Award for Excellence in Romance Writing and a Zora Neale Hurston Literary Award.

Connie Briscoe New York Times bestselling author An unforgettable tale of love, and betrayal, marriage and infidelity. I was hooked from page one.