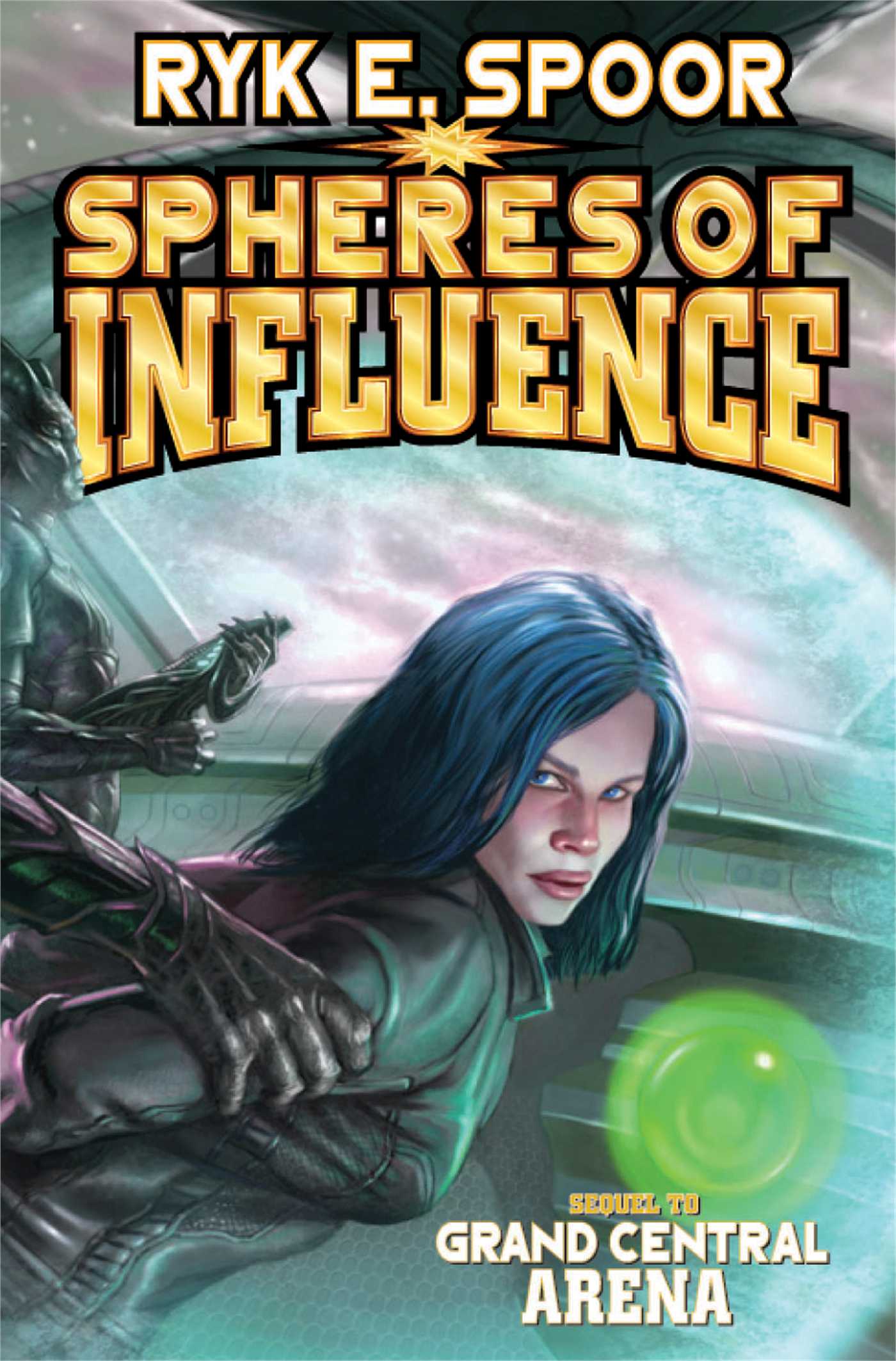 Leader of the Faction of Humanity. It was a ridiculous title, but the Arena said that was what Captain Ariane Austin was since she'd led the crew of the Holy Grail in their discovery of the impossible, physics-violating place and their eventual return, and when the nigh-omnipotent Arena said something, it meant it.

Ariane must discover what it means to be the Leader of Humanity, both for herself and for humanity, before her enemies—at home or in the Arena—depose her, kill her, or worse. It will take all her luck, Marc DuQuesne's indomitable will, Simon Sandrisson's genius, and the peerless skill of a living legend. And, in the end, humanity’s fate in the galaxy and beyond will hinge on the choice of an uncertain ally who has nothing to gain, and everything to lose, by aiding those neophyte upstarts, the humans.

About Spheres of Influence:
“Fast and entertaining action and a world that has the feel of Asimov’s Foundation series.”—Sarah A. Hoyt, author of the Darkship saga

“Grand Central Arena’ is space opera in the grand old tradition . . . but with modern sensibilities and awareness of current speculations in cutting edge physics.”—Fantasy Book Critic

“. . . [the series is filled with] linguistics, biology, physics, and evolution further the story, as well as wacky humor, academic rivalries, and even some sweet romances.” —School Library Journal