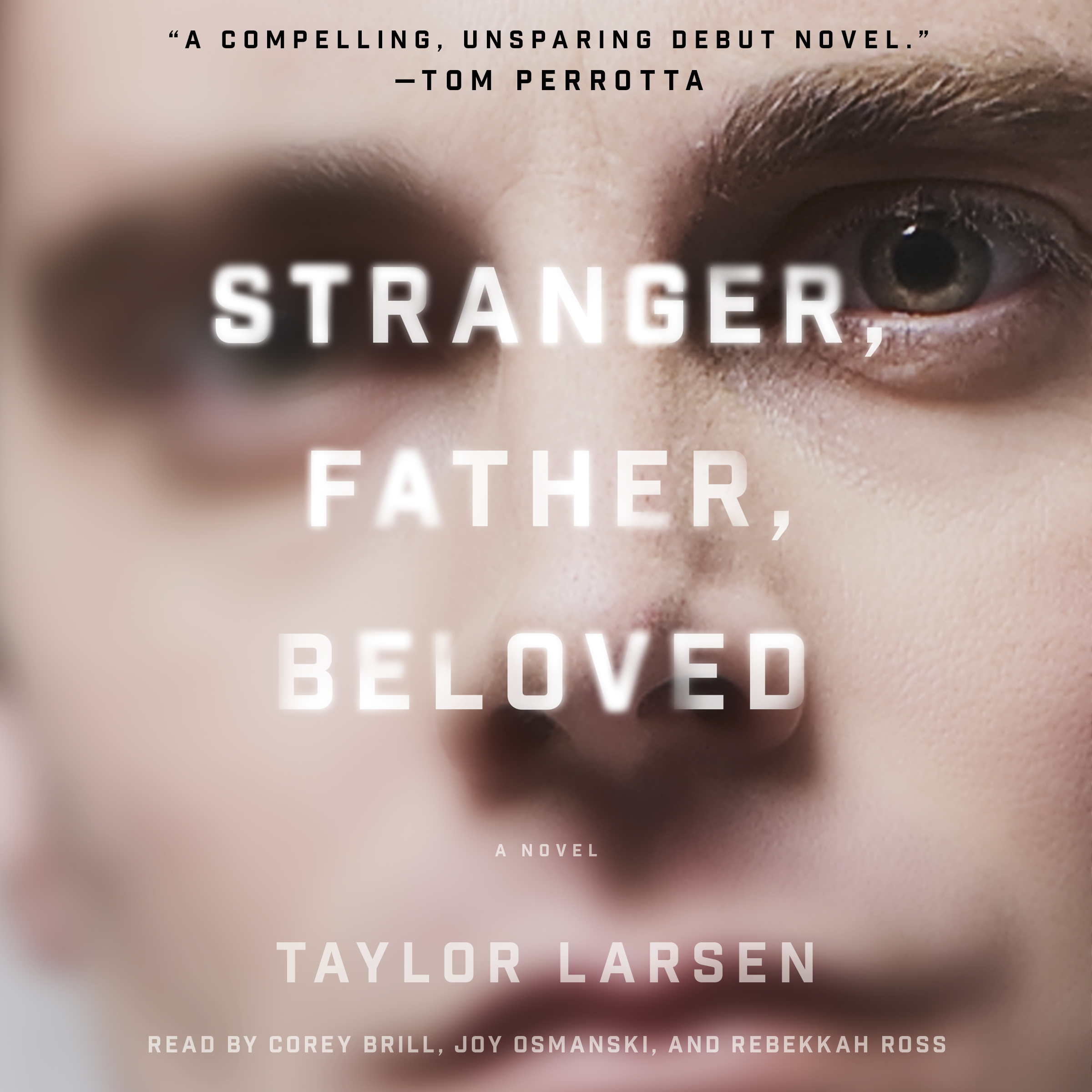 A Huffington Post “2017 Hottest Reads of The Summer” Pick

“Taylor Larsen creates a powerful and moving story about the fracturing of a family and its descent into chaos. A brilliant debut of self-delusion, and a perfectly flawed male character spiraling downward.” —Huffington Post

An “emotionally intelligent family drama” (Kirkus Reviews, starred review), in the tradition of Tom Perrotta’s Little Children, about a wealthy man who reaches a crossroads after a lifetime of repression, sending his family into a slow spiral towards a breakdown.

When Michael James sees his wife Nancy chatting with a stranger at a party, his intuition tells him that he’s watching her with the man she should have married. He quickly begins a campaign to replace himself within his own family with this other man—who, to him, is worthier, better, and kinder—all so his faithful wife Nancy, his beautiful teenage daughter Ryan, and his young son Max can live the lives they deserve.

While Michael pursues this man’s friendship, Ryan goes through a period of sexual awakening and rebellion and distances herself from her family, and the quiet, weak Nancy becomes increasingly befuddled and frustrated by the behaviors of her husband and daughter. As tension and uncertainty build in their home, the James family slowly unravels.

With the quiet intensity of the film American Beauty and the emotional sensitivity of Lorrie Moore, Taylor Larsen creates a powerful and moving story about the fracturing of a family and its descent into chaos.

This reading group guide for Stranger, Father, Beloved includes an introduction, discussion questions, and ideas for enhancing your book club. The suggested questions are intended to help your reading group find new and interesting angles and topics for your discussion. We hope that these ideas will enrich your conversation and increase your enjoyment of the book.

Michael James seems to have it all: a successful career, a supportive wife and two kids, a Cape Cod–style home on Rhode Island’s coveted “Peninsula.” Yet he regrets abandoning a promising career in academia, becoming estranged from his best friend, and being incapable of relating to his spouse, Nancy, as an intellectual equal. He struggles with paranoia and insomnia, disorders that feed a low-level but constant sense of inadequacy. Then when Michael notices Nancy talking to one of his party guests, John, with a sense of ease and pleasure he has never seen in her, he realizes his family might be better off without him. Determined to atone for his ambivalence as a husband and father, Michael begins to devise a way to bequeath his marital duties to John, a strong and capable landscaper. Meanwhile, Michael’s daughter, Ryan, is discovering her sexuality as puberty begins to transform her body into something both envied and desired. She learns how to wield cruelty when her relationship with the free-spirited mother of a childhood friend goes a step too far, and finds expression for her erotic yearnings in the arms of a young woman who recently graduated from her high school. Only at a second neighborhood party do decades of shame and sacrifice come to light for the Jameses’, as a long-repressed college memory of thwarted love comes back to Michael—one whose revelation could either break or liberate his family.

1. Although Michael initially thinks of his unexpected erections as occurrences tied somehow to vitality and youth, he comes to identify them as premonitions of the charge between Nancy and John (page 12). How might you read Michael’s interpretation in these early scenes differently in light of the repressed sexuality he realizes later on?

2. Consider the intricate web of conflicts between Michael, Nancy, and Ryan that develop over the course of Stranger, Father, Beloved. How do you explain Michael’s unwavering faith, despite these deteriorating relationships, that John is the “new presence [needed] to breathe life back into” the family (page 67)?

3. Larsen presents the reader with multiple perspectives to give the richest possible portrait of the James family. How does Ryan’s point of view of her father cast a unique light on Michael’s life that he is unable to perceive? Where else do you see the inner thoughts of characters in disagreement over the facts of their lives?

4. Periodically a fox appears in the James’ yard as a mysterious character just beyond human understanding. Do you interpret him as an ominous presence or a peaceful one? What common themes emerge in the scenes where Ryan or Michael see the fox on their property?

5. Ryan, Carol, and Jill’s personal senses of identity all undergo transformation. What commonalities do they share? How, on the other hand, does puberty distinguish the transformations of Ryan and Carol from that of Jill? Michael disapproves of his daughter dating throughout the novel, but at what point do you think he first identifies Ryan’s sexuality as a possible inheritance from him?

6. Michael’s disgust with Nancy often focuses on why “she [had] never gotten angry at him for withdrawing from her” (page 167). How do you interpret his disapproval of Nancy despite the sacrifices he recognizes she has made for his paranoid condition? Do you feel that the way he assigns blame alternately between Meg, for monopolizing Alex’s time, and Nancy, for her passivity, is contradictory or consistent?

7. Howard sees his son’s disorder as proof that Michael is “damaged in some unalterable way” (page 107), an assertion Michael appears to have assimilated when he refers to his own “faulty wiring” throughout the novel. But does Michael ever apply the same level of scrutiny back onto his father? How might Howard’s affair, chronicled in chapter four, help explain Michael’s sense that “he might like [Nancy] better if she was the type of woman who had it in her to cheat” (page 60)?

8. Nancy’s faith leads her to believe that her promiscuous friend “deserved negative consequences for such reckless actions” when Gwen gives birth to a baby with Down’s syndrome, by turn causing her to wonder “whether God was punishing her for thinking such things” when her own son Max is born severely asthmatic (page 69). How does the shame of her son’s condition relate to the way “watching her daughter was painful—to witness such beauty and then have it retreat from sight” (page 72)?

9. Review Larsen’s detailed description of the Jameses’ home and “the Peninsula” at the beginning of chapter three. How does the house operate as a character in its own right? How do Michael, Nancy, and Ryan relate differently to the prestige it represents and the seclusion it provides?

10. To whom do the “stranger, father, [and] beloved” in the novel’s title refer? Do you think Nancy’s desire to be “the queen bee, the beloved rather than the lover” (page 127) and Michael’s claim that Alex had been “a perfect human being, his beloved” (page 234) indicate that each part of the title could refer to multiple characters?

11. By the end of their first dinner alone together, John admits to Nancy that he admires her breasts (page 135). Besides the inhibition-loosening influence of the wine they drink together, what changes between the two characters over the course of the night? How do Nancy’s insecurities specifically transform during this scene?

12. When Ryan sheds light on Michael’s previously hazy memory of biting his daughter on the neck, she admits that “the moment was utterly obscure and indescribable to her. But the ‘bite’ had plagued her mind for days, her body tensing up” (page 89). How severe of a violation do you find Michael’s behavior? Why does he do this?  Does Ryan’s view of her relationship with her father shift fundamentally in the moment she recollects this past event?

13. After sex on page 184, “a strong urge to hit [Nancy] seized Michael, as she lay there pretending to be in a state of rapture. He wanted to slap her for pretending.” What, by contrast, causes the two to have mutually satisfying sex on page 208?

14. When Michael and John get drunk together, Michael “suddenly felt he was a young man, as was John, ageless” (page 202). Yet John’s occasional crassness and the shabbiness of his house shock Michael (page 190). What previously unknown details about John’s character does this scene reveal?

15. Discuss the end of the novel. How is feeling “naked [at his mother’s house] with [his children], a strange man living alone [ . . . ] less horrifying than the idea of ever going back to that house and inserting himself back into that prism of expectations” (page 261)? Why do you think Michael decides to remain at his mother’s house after her death?

1. Despite the fact that wilderness retreats with his church fail to save his marriage, John “loved those group camping trips” (page 186). Michael, on the other hand, skeptically wonders if the founders of the retreat his family visits have “tailored their speech to fit what they felt was a troubled dysfunctional family” (page 233). Does the family ultimately learn something from the retreat? How does the depiction of retreat centers in the novel compare to your own conception or experience of such religious organizations?

2. Stranger, Father, Beloved explores the challenges of parenting children with physical disabilities, psychiatric disorders, or sexual orientations that make them feel marginalized among or different from their peers. Share with your book group an experience you or someone close to you has had as either a parent or a child of difference, and discuss how the novel grapples with similar issues.

3. Michael is convinced that having John take care of his wife will right the wrongs of their failed marriage, but neither John nor Nancy express this hope in the pages of the novel. Do you think divorce between the Jameses would have the effect Michael intends? Is John the man Nancy should have married and why does she cling to Michael? For which marriages is divorce the best option?  Make a list that creates a visual diagram of the differences in opinion among your book club members on the subject of divorce. Where do your views overlap? Where do you disagree most strongly? 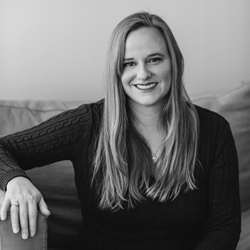 Taylor Larsen is a graduate of Columbia University's MFA program in fiction writing. Taylor taught fiction writing at Columbia University as part of the Columbia Artist/Teachers faculty and at The Sackett Street Writers Workshop, as well as literature courses for Pace University. Stranger, Father, Beloved is her first novel. Originally from Alexandria, Virginia, she currently resides in Brooklyn, New York with her husband.