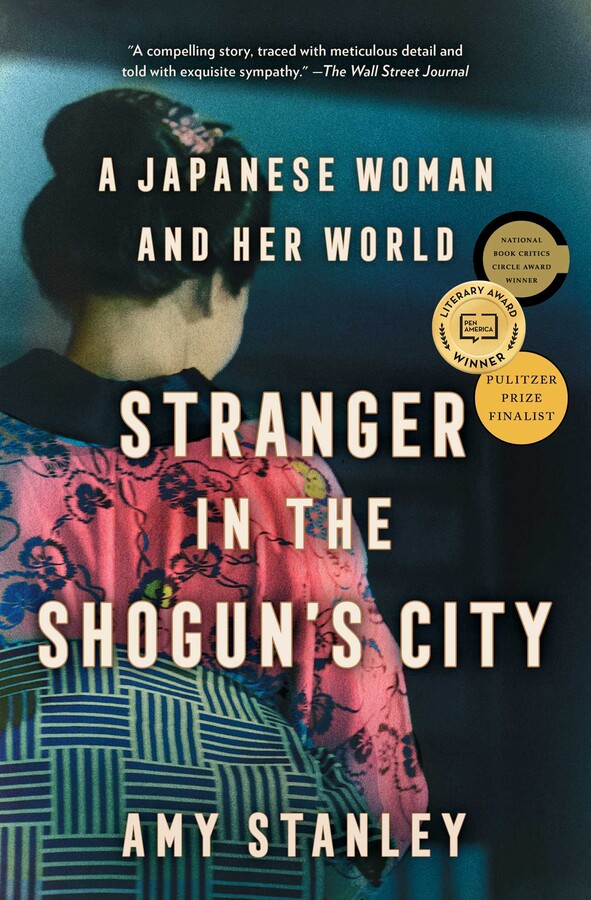 Stranger in the Shogun's City

A Japanese Woman and Her World

By Amy Stanley
LIST PRICE $14.99
PRICE MAY VARY BY RETAILER

A “captivating” (The Washington Post) work of history that explores the life of an unconventional woman during the first half of the 19th century in Edo—the city that would become Tokyo—and a portrait of a city on the brink of a momentous encounter with the West.

The daughter of a Buddhist priest, Tsuneno was born in a rural Japanese village and was expected to live a traditional life much like her mother’s. But after three divorces—and a temperament much too strong-willed for her family’s approval—she ran away to make a life for herself in one of the largest cities in the world: Edo, a bustling metropolis at its peak.

With Tsuneno as our guide, we experience the drama and excitement of Edo just prior to the arrival of American Commodore Perry’s fleet, which transformed Japan. During this pivotal moment in Japanese history, Tsuneno bounces from tenement to tenement, marries a masterless samurai, and eventually enters the service of a famous city magistrate. Tsuneno’s life provides a window into 19th-century Japanese culture—and a rare view of an extraordinary woman who sacrificed her family and her reputation to make a new life for herself, in defiance of social conventions.

“A compelling story, traced with meticulous detail and told with exquisite sympathy” (The Wall Street Journal), Stranger in the Shogun’s City is “a vivid, polyphonic portrait of life in 19th-century Japan [that] evokes the Shogun era with panache and insight” (National Review of Books). 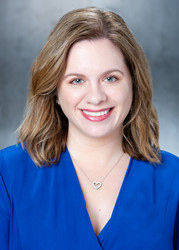 Amy Stanley is an associate professor of history at Northwestern University. She lives in Evanston, Illinois, with her husband and two children, but Tokyo will always be her favorite city in the world.

"Stanley ... renders the world of that rebellious woman, Tsuneno, so vividly that I had trouble pulling myself back into the present whenever I put the book down. Stranger in the Shogun’s City is as close to a novel as responsible history can be ... What makes the book so captivating are not merely Tsuneno’s stubborn attempts at self-determination, but also Stanley’s enviable ability to make us feel as if we lived in 19th-century Edo with her."
—Washington Post

"Through Tsuneno, Stanley conjures a teeming world… This sped-up reversal of the city’s demise is like a magic trick, the same one Stanley has accomplished over the previous two hundred pages, where a lost place appears to the reader as if alive and intact."
—Harper's Magazine

"A visit to the past that is a refreshing antidote to the histories of great men—and the occasional great woman—at times of flux...The paper trail Tsuneno left behind is remarkable; it makes clear the obstacles a strong-willed woman faced in trying to make a living in a man’s world...a vivid portrait of village life and of the parts of Edo where Tsuneno lived."
—The Economist

"[A] masterfully told and painstakingly researched evocation of an ordinary Japanese woman’s life in Edo on the eve of the opening of Japan ... Stranger in the Shogun’s City is the most evocative book this review has read about Japan since The World of the Shining Prince by Ivan Morris."
—Asian Review of Books

"A vivid, polyphonic portrait of life in 19th-century Japan ... Stanley evoke[s] the Shogun era with panache and insight."
—National Review of Books

"Tsuneno’s rebellious trajectory, preserved in her family’s archive, was unusual, yet even her most commonplace steps are absorbing. Although her squabbles and triumphs (a dispute about a kimono, a new job as maid of all work to a samurai family) can only be glimpsed, Stanley’s careful speculation fills the lacunae, evoking Edo’s back alleys and law courts, its fashion and food."
—The New Yorker

"This gracefully written book is mostly concerned with imaginatively reconstructing the life of an ordinary yet extraordinary woman. The author does this by teasing meaning out of fragmentary sources, especially the letters from and about the woman in a family archive."
—Los Angeles Review of Books

"Carefully archived and catalogued along with the bulk of her family’s correspondence, Tsuneno’s letters, lists and expense diaries remain as small but important pieces of a mosaic that Stanley has elegantly and expertly reassembled into a life. In fact, the first thing one notices about Stranger in the Shogun's City is that it often reads like a novel or biography, but every turn of phrase remains steadfastly true to historical fact. Nearly 90 pages of notes, bibliography and indexing attest to Stanley’s diligent and painstaking research."
—Bookreporter

"In addition to presenting a portrait of a city on the brink of a major cultural shift ... the work conveys a strong sense of its subject’s personality, from her stubborn independent streak to her perseverance and self-described 'terrible temper.' Drawing on letters, diary entries and family papers, Stanley revives both the world Tsuneno inhabited and the 'wise, brillient, skillful' woman herself."
—Smithsonian Magazine

"An evocative and deeply researched portrait of 19th-century Japan through the events of one woman’s life in the decades before Commodore Perry’s 1853 arrival and the opening of the country to the West. Japanophiles and readers of women’s history will be entranced."
—Publisher's Weekly

“Historian Stanley brings a deep knowledge of Japanese culture to a vibrant portrait of the Asian nation centered on the struggles of one defiant woman… an absorbing history of a vanished world.”
—Kirkus

“Tsuneno belongs to a vanished world, but historian Stanley brings both her and the Japanese city of Edo back to life in this breathtaking work. This is an eye-opening account of an extraordinary ordinary life.”
—Booklist

"Amy Stanley found a strand of vibrant life in the archives, and used it to weave a gorgeous tapestry of early 19th-century Edo. When a meticulous historian is also a gifted storyteller, time travel becomes possible."
—Janice Nimura, author of Daughters of the Samurai

“A fascinating book. Even before it was Tokyo, the city of Edo was the most urban place in the world. Amy Stanley leads us through Edo following the experiences of Tsuneno, a headstrong woman from a country temple, as she careened through four marriages, desperate to escape stultifying country life. Along the way, she breaks all the stereotypes of docile Japanese womanhood. Bringing Tsuneno to life through her letters and family records, Stanley weaves a compelling and unusual story with a rich description of Japan on the cusp of opening to the West.”
—Dr. Liza Dalby, author of Geisha

"Amy Stanley’s breathtaking recreation of the world of Tsuneno—a forgotten but far-from-ordinary woman in early 19th-century Japan—is as entrancing as it is evocative, a model of the historian’s craft. This is a magical book."
—Stephen R. Platt, author of Autumn in the Heavenly Kingdom and Imperial Twilight

"An imaginative account of an ordinary woman with extraordinary determination in nineteenth-century Japan.  Capturing her soul as well as the society that batters it, the narrative brings her story into history with compelling force."
—Carol Gluck, author of War Memory

"Scrupulously analyzed in intimate detail, the well-preserved letters of a priest’s daughter illuminate a lifelong drama certain to dispel any stereotypical notion of “traditional” Japanese womanhood. Outside a specific time and place the protagonist lived in, her frustrations and determination, as well as her sober pragmatism, are honest sentiments of women everywhere. The book interweaves the parallel story of the foreboding drumbeat of the approaching Western powers that enhances and validates, rather than diminishes, the significance of this woman’s true-to-self life experiences. Written in crisp prose, the book exemplifies the skillful art of elevating women’s history above and beyond the so-called mainstream historiography."
—Hitomi Tonomura, author of Women and Class in Japanese History

"A carefully researched, elegantly crafted, boldly imaginative work of historical recreation. Amy Stanley, combining the roles of the historian as detective and the historian as storyteller, weaves together the tale of an ordinary yet extraordinary woman and a special city at the cusp of two ages. Stranger in the Shogun's City deserves a spot on the bookshelf near The Return of Martin Guerre, The Question of Hu, and Margaret Atwood's Alias Grace."
—Jeffrey Wasserstrom, author of Vigil: Hong Kong on the Brink

Stranger in the Shogun's City

A Japanese Woman and Her World

By Amy Stanley
LIST PRICE $14.99
PRICE MAY VARY BY RETAILER