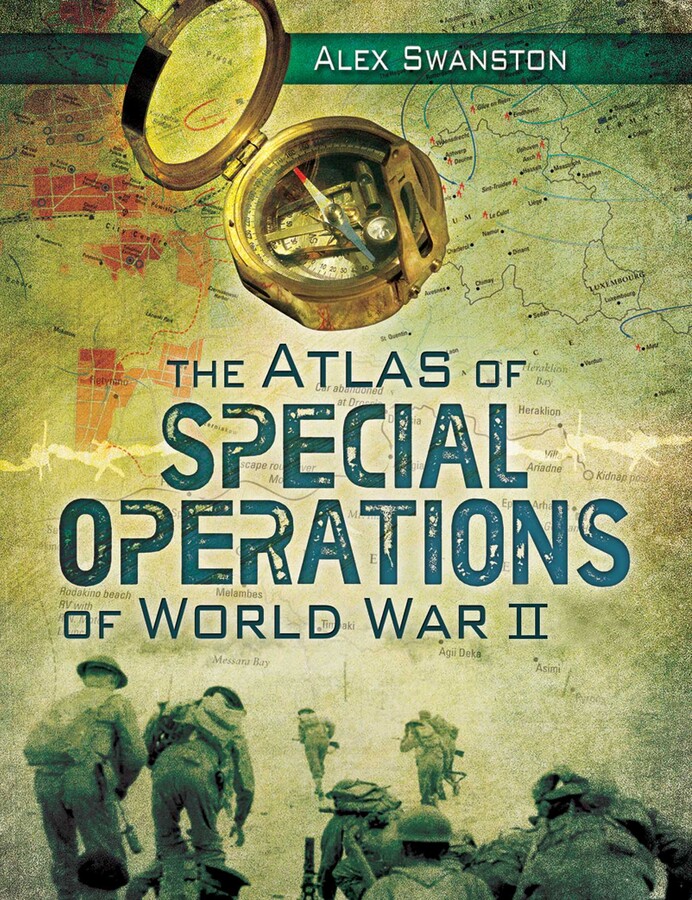 As author Alex Swanston explains in his introduction, World War II was a truly global conflict, involving almost all nations in the struggle to stop the spread of totalitarianism. This meant that battles were fought in all climates and on all sorts of terrain. . . . Technology had also progressed, meaning that war could be fought under the surface of the sea or in the air 40,000 feet above. This unique scenario involving all aspects of the military meant that specialist units bloomed, using the rough ground or unique setting to their advantage.”

The Atlas of Special Operations of World War II covers special operations from all parts of the armed forces of the Second World War. From early Fallschirmjager raids to capture strategic targets to the massed airdrops of Operation Market Garden, from the low level raids of the Dam Busters to small scale Commando raids along the Norwegian coast, it covers the formation of specific units, why and how they were employed and details the outcomes of their actions and how these operations affected the wider war. The raids, carried out by select and specially trained men and women of the Allied and Axis forces, are covered from the deserts of North Africa and the Cold Balkan mountains to the deep jungle of Burma and the vast openness of the Pacific Ocean.

Featuring eighty photographs and more than one hundred maps detailing the operations, The Atlas of Special Operations of World War II is perfect for anyone who wants to see how the war was really foughtand won!