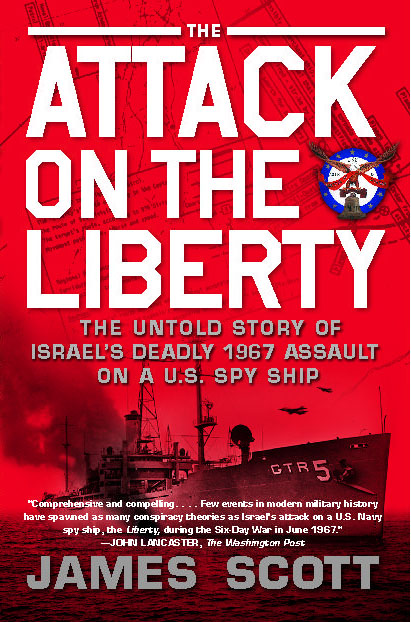 The Attack on the Liberty

The Untold Story of Israel's Deadly 1967 Assault on a U.S. Spy Ship

• Notorious incident: In 1967 the spy ship USS Liberty was attacked by Israeli fighter jets and torpedo boats in international waters during the Six-Day War. Thirty-four sailors were killed and more than 170 wounded, many critically. Israel claimed mistaken identity, which a U.S. naval court of inquiry confirmed, but that explanation is contradicted by the facts of the case.

• Based on new revelations: James Scott has interviewed Liberty survivors, senior U.S. political and intelligence officials, and examined newly declassified documents in Israel and the United States to write this comprehensive, dramatic account. He reveals that officers in Israel’s chain of command were aware of the Liberty’ s identity and shows how events in Vietnam prompted the American government to deemphasize the attack despite widespread disbelief of Israel’s story.

• The son of an attack survivor: Scott’s father, John, was an officer and engineer aboard the Liberty who was awarded the Silver Star for helping to save the ship from sinking. 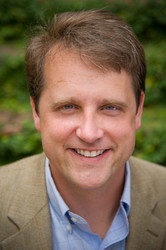 “Comprehensive and compelling. . . . Few events in modern military history have spawned as many conspiracy theories as Israel’s attack on a U.S. Navy spy ship, the Liberty, during the Six-Day War in June 1967.”

"Now, 42 years after the event, and with the benefit of stacks of newly declassified documents, author James Scott is able to reveal the shocking truth. While the most senior U.S. intelligence officials were convinced that the attack was deliberate, they agreed to keep quiet as part of a massive White House cover-up to protect U.S.-Israeli relations...The country should be grateful to James Scott for this very courageous book." -- James Bamford, author of The Shadow Factory: The Ultra-Secret NSA, From 9/11 to the Eavesdropping on America and two other books on the NSA

"My book on this subject is often considered the definitive work. Yet I must now proudly yield that spot to author James Scott's meticulously documented and persuasive study. Anyone who can read The Attack on the Liberty and not agree that this was a deliberate attack on a ship known to be American, and that the facts were then criminally covered up by both countries, is willfully blind or hopelessly biased." -- James Ennes, Jr., author of Assault on the Liberty

"John Scott, the author's father, received the Silver Star for his valor during the assault and the critical role he played in the ship's survival. His son has now performed a great service to Liberty victims, students of history, and the nation as a whole in casting a new, penetrating light on one of the most disgraceful chapters in modern U.S. naval history. The Attack on the Liberty is a vivid account worthy of a careful reading by anyone interested in ensuring that painful past experience properly illuminates the U.S. government's current and future policy choices and standards of public candor." -- Proceedings

"Scott's book is a densely documented, suspenseful narrative that uses declassified U.S. and Israeli documents to give fresh insights into the attack and the aftermath." -- The Seattle Times

"This book is both a tribute and a belated memorial to the officers and men of that ill-fated spy ship...By raising carefully researched questions about the entire process, Scott's fine book has put the Liberty center stage and perhaps given the surviving crewmen an account that truly binds up their wounds." -- Naval History Magazine

"[Scott] didn't simply rely on tales told around the family dining table. He conducted prodigious research to document every aspect of the story...As a former newspaper reporter, Scott knew how to dig for facts, and his book resonates with the results of his relentless search for the truth...It is high time someone drew our attention to this tragedy, and Scott has done it in magnificent fashion." -- The Tampa Tribune

"Engrossing....Scott's book will be the definitive account of the attack." -- The Virginian-Pilot

The Attack on the Liberty

The Untold Story of Israel's Deadly 1967 Assault on a U.S. Spy Ship