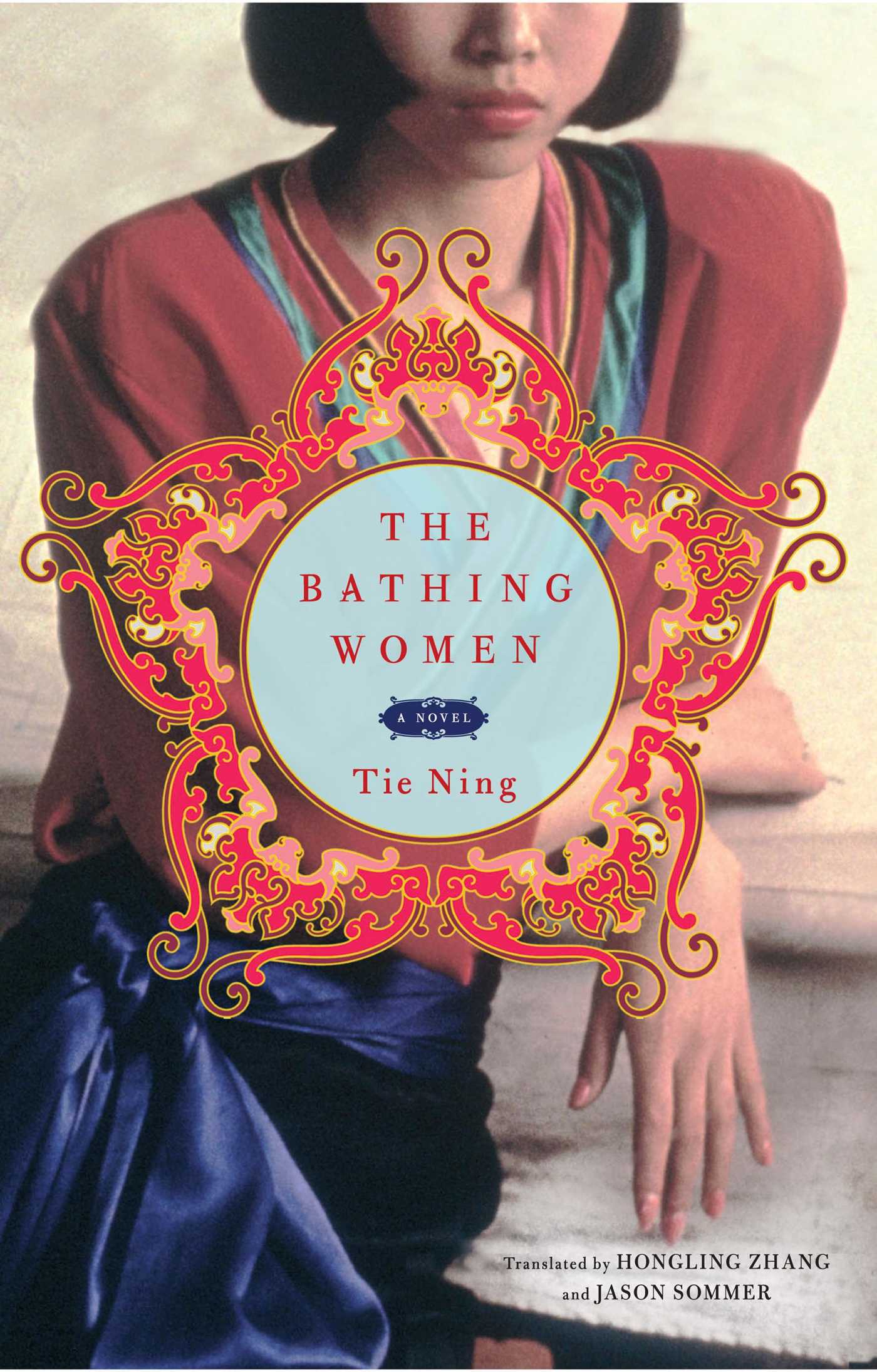 From an award-winning and bestselling Chinese author, this stunningly original novel captures the spirit of a new generation of young professionals in contemporary China.

From award-winning and bestselling Chinese writer Tie Ning comes a stunningly original novel that captures the spirit of a new generation of young professionals in contemporary China. The Bathing Women follows the lives of four women—Tiao, a children’s book editor; Fan, her sister, who thinks escaping to America might solve her problems; Fei,a hedonistic and self-destructive young woman; and Youyou, a chef—from childhood during the Cultural Revolution to adulthood in the new market economy. This moving novel charts the journey of these women as they grapple with love, sibling rivalry, and, ultimately, redemption.

Beloved and renowned in China, Tie Ning’s numerous books have never before been translated into English; this publication of The Bathing Women introduces a brilliant writer of uncommon talents, vision, and compassion to American readers. Spellbinding, unforgettable, and an important chronicle of modern China, The Bathing Women is a powerful and beautiful portrait of the strength of female friendship in the face of adversity.

By clicking 'Sign me up' I acknowledge that I have read and agree to the privacy policy and terms of use. Free ebook offer available to NEW CA subscribers only. Offer redeemable at Simon & Schuster's ebook fulfillment partner. Must redeem within 90 days. See full terms and conditions and this month's choices.
This reading group guide for The Bathing Women includes an introduction, discussion questions, and ideas for enhancing your book club. The suggested questions are intended to help your reading group find new and interesting angles and topics for your discussion. We hope that these ideas will enrich your conversation and increase your enjoyment of the book.

The Bathing Women follows the lives of four young women in China: sisters Tiao and Fan, and their friends Fei and Youyou. Children during the Cultural Revolution, they come of age in the years that China opens to the West. Each is deeply affected by Mao’s policies, and by the childhood death of Tiao’s half-sister, Quan. Despite the guilty secrets that bind them together, they find real strength in each other as they grow, fall in and out of love, and struggle to find their way in the world.

1. The Bathing Women opens with Tiao contemplating the strange intersection of modern technology and old ways, as embodied by a girl on a bike. How is this intersection shown throughout the novel? How do the different characters handle the sweeping changes in China?

2. Despite moving to the countryside at a very young age, Tiao always considers herself a Beijinger. What does it mean to her to be from the city?

3. There are three major incidents in Tiao’s life: the public shaming of Teacher Tang; the discovery of her mother’s infidelity; and Quan’s death. How do each of these moments change and define her? How well does she deal with them?

4. Discuss Tiao, Fan, and Fei’s complicity in Quan’s death. Is their guilt warranted?

5. Despite Wu’s infidelity and Quan’s death, Wu and Yixun stay married. What keeps them together, despite their troubles?

7. The attitude toward abortion portrayed in The Bathing Women is very matter-of-fact. With the procedure so readily available, why did Fei choose to keep hers a secret?

8. Tiao asks Fei to help her get a job at the publishing house, knowing fully well what Fei would have to do. Can you imagine doing the same thing in either woman’s shoes? How do the women perceive their sexual relationships, romantic and otherwise?

9. Fan sets her sights on the West from a young age and ends up living abroad and marrying—albeit unhappily—an American man. She is dissatisfied, however, torn between a feeling of superiority and nostalgia for her family and home country. Will her new relationship with Mike, the interpreter, change anything for her?

10. Chen Zai’s first wife, Mei, seeks out Tiao several times. Are her intentions as innocent as she says they are, or is she manipulating Tiao in hopes of preventing the marriage?

11. Tiao, Fan, Youyou, and Fei all follow different paths as adults. Do any of them achieve their childhood goals? Which woman do you consider the most successful?

12. Which of the women do you sympathize with the most? Which the least?

13. What did you know about Chinese culture and politics prior to reading The Bathing Women? What did you learn? What surprised you the most?

14. How is Chinese storytelling different from American? Did you notice differences in the style of the narrative? How does The Bathing Women compare to other family dramas you’ve read in structure and style?

15. Author Tie Ning is the first woman and youngest writer to become the president of the Chinese Writers Association and several of her other stories and novels have feminist themes. Would you consider The Bathing Women a feminist novel? Why or why not?

1. Research The Quotations of Mao Zedong online. Bring a few with you to your book club meeting and discuss how it impacts your understanding of the characters and their motivations.

2. Youyou, Fei, and Tiao first come together over food—specifically recipes from old issues of Soviet Woman. The recipes are featured in the book, including Grilled Miniature Snow Balls (pg. 99 - 100), Armenian Grilled Pork Patties (pg. 101), and appetizers like the Little Basket (pg. 104). Make one of the recipes to share at your next book club meeting.

3. Labor camps—like the one Wu and Yixun are sent to—are used for reeducation and imprisonment in China to this day, but are a taboo subject. Learn more about labor camps by watching the acclaimed film, The Ditch (2010), with your book club.
Tie Ning

Tie Ning won a national short story award at the age of twenty-five and is the recipient of numerous other literary prizes. She has published ten books—collections of short fiction, essays, and novels—three of which were made into movies and television series, including The Bathing Women. In 2006, at the age of forty-nine, she was elected president of the Chinese Writers Association, becoming the youngest writer and first woman to be honored in this way. Her works have been translated into Russian, German, French, Japanese, Korean, Spanish, Danish, Norwegian, and Vietnamese. The Bathing Women is her first work to be translated into English.