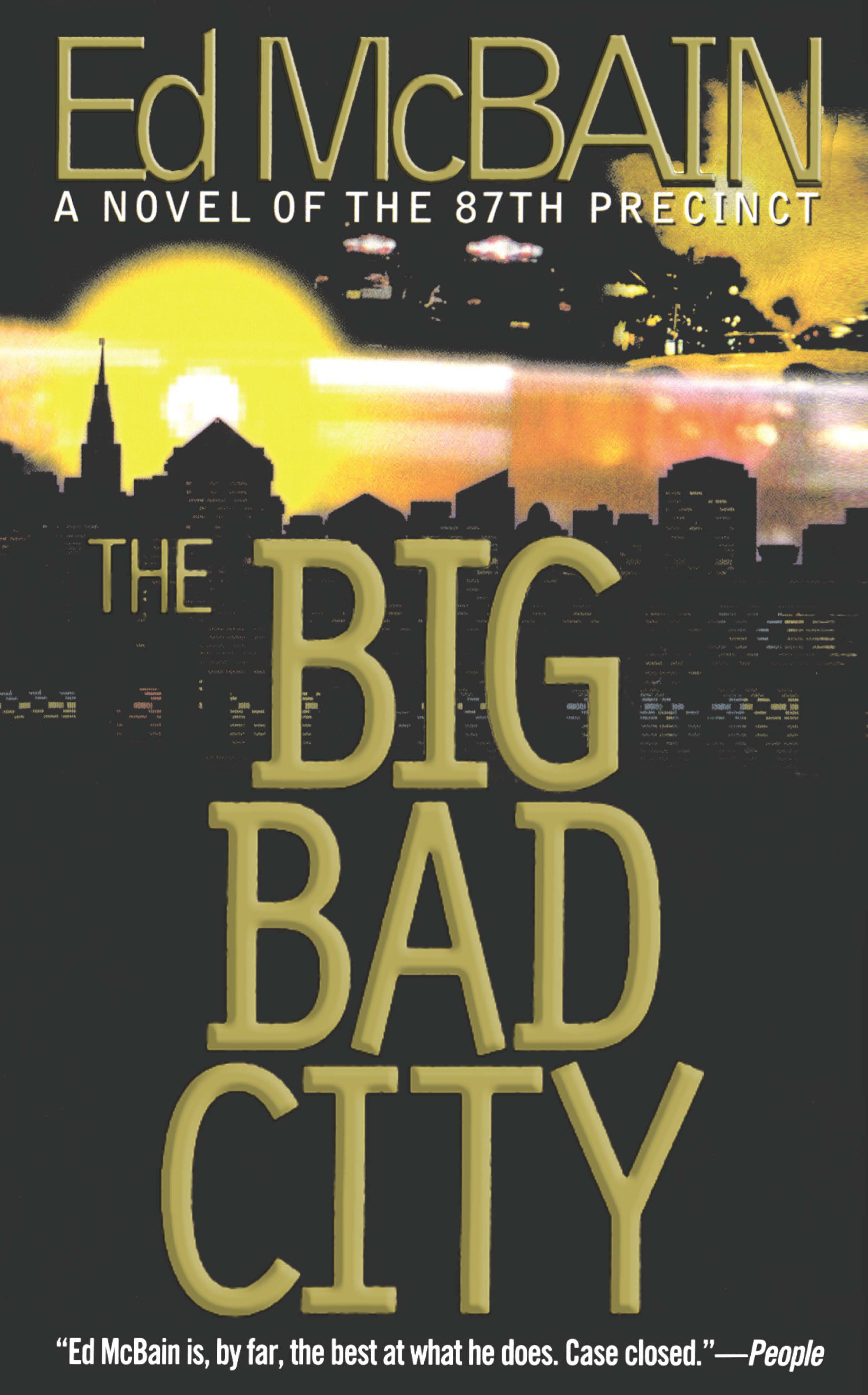 The first thing you need to know about this city is that it is big. It is difficult to explain to someone who has never seen it. You can fold his town into a corner of one of the city's five separate sectors and still have room for more. The next thing you need to know is that it's dangerous. Never mind the reassuring bulletins from the mayor's office; just watch the first ten minutes of the eleven o'clock news and you'll learn exactly what the people of this city are capable of doing to other people in this city. So, if you came here thinking, Gee, there's going to be a neat little murder that takes place in a town house and some blue-haired lady will solve it, then you came to the wrong city at the wrong time of year. In this city, you have to pay attention. In this city, things are happening all the time, all over the place, and you don't have to be a detective to smell evil in the wind.
This week's city tabloids depict the face of a pretty, dead girl who lay sprawled near a park bench not seven blocks from the 87th precinct house, while the late night news reports on the latest exploits of The Cookie Boy, a professional thief who leaves a box of chocolate chip cookies behind after a score. Behind the scenes, detectives Carella and Brown soon discover that this is not your average dead girl, but one with an unusual past. As they piece together her secrets, detectives Meyer and Kling search Isola's pawnshops for items stolen by The Cookie Boy. While the detectives are investigating their cases, one of them is being stalked by the man who killed his father.
Like the city itself, this novel is wonderfully complex and filled with memorable characters, honest dialogue, and breathtaking violence.

Chapter 1
The detectives hadn't even noticed the two men were aquainted. One of the two men was in the holding cell because he'd inconsiderately shot a little Korean grocer who'd resisted his attempts to empty the store's cash register. The other one was just being led into the cell. He'd been caught running from the scene of a liquor store holdup on Culver and Twelfth.
Aside from their occupations, the two men had nothing in common. One was white, the other was black. One was tall, the other was short. One had blue eyes, the other had brown eyes. One had the body of a weight lifter, possibly because he'd spent two years upstate on a prior felony. The one being led into the cell was somewhat plump. Sometimes, the plump ones were the ones to watch.
"Inside, let's move it," Andy Parker said and nudged him into the cell. Parker would later tell anyone who'd listen that he'd automatically figured the arresting blues had frisked the perp at the scene. "How was I to know he had a knife tucked into his crack?" he would ask the air.
In this instance, "crack" was not a controlled substance. Detective Parker was referring to the wedge between the man's ample buttocks, from which hiding place he had drawn a sling-blade knife the instant he spotted the body builder slouching and sulking in the far corner of the cage. What Parker did the minute he saw the plump little magician pull a knife out of his ass was slam the cell door shut and turn the key. At that very moment, Steve Carella and Artie Brown were together leading nine handcuffed basketball players into the squadroom. Both detectives smelled trouble at once.
The trouble was not that any policeman was in danger from the chubby little knife-wielding man in the cage. But the body builder was in police custody, and presumably under police protection as well, and every cop in that room conjured up visions of monumental lawsuits against the city for allowing a black man -- black, no less -- to be carved up while in a locked cell -- locked, no less -- with a fat white assassin who kept slashing the air with the knife and repeating over and over again, "Oh, yeah? Oh, yeah? Oh, yeah?"
Carella fired a shot at the ceiling.
"A minute before I was about to," Parker would later claim.
"You!" Carella yelled, sprinting toward the cage.
"Don't get any ideas," Brown warned the nine basketball players, who, although they were not lawyers, were already spouting learned Supreme Court decisions on false arrest and civil rights and such. Just in case one of them decided to drag the rest of his handcuffed buddies after him into the corridor, Brown drew his own gun and stood massively and menacingly between the players and the slatted wooden railing that separated the squadroom from the hallway outside.
"Oh, yeah?" the knifer in the cage said again, and slashed the air. The body builder kept backing away, hands circling the air in front of him. He had seen a few knife-wielders in his time, this dude, and he was waiting for the next gunshot from outside the cage, hoping the cops would help distract this crazy fat bastard who kept coming at him with the knife and yelling "Oh, yeah?" as if he was supposed to know what it meant. "Oh, yeah?" the corpulent little shit said again and again came at him.
"You hear me?" Carella shouted from just outside the cage now. "Throw that knife down! Now!"
"Juke him, man!" one of the basketball players shouted.
"Oh, yeah?" the fat man yelled, and lunged again, and this time drew blood.
The body builder yanked back his right hand as if a searing line of fire had scorched the palm, which in fact was exactly what the knife slash had felt like. His face went ashen when he turned his palm up and saw the deep cut spurting from pinkie to thumb. By then, the knifer, smelling blood, smelling fear, was closing in for the kill.
Parker, standing outside the cage with his gun in his hand, Carella standing alongside him with his own gun in his hand, had to decide in the next ten seconds whether they would be justified within the guidelines to drop the man in his tracks. They were both certain that a man pulling a knife while in police custody was reason enough for them to have drawn their weapons and shouted a warning. They both shouted warnings again, "Drop the knife!" from Carella, "Freeze!" from Parker, but the fat little man was neither freezing nor dropping the knife.
He simply kept moving closer and closer to the black body builder whose palm was steadily and alarmingly gushing blood, the knife swinging in the air ahead of him as he advanced, muttering, "Oh, yeah? Oh, yeah?"
"You crazy sumbitch, what's wrong with you?" the black man yelled, but the knifer kept coming on like a tank in the streets, the knife swinging, "Oh, yeah? Oh, yeah?"
"Steve?" Parker asked.
"Drop him," Carella said, and fired the first shot, hitting the knifer in the right thigh, collapsing him to his knees. Parker fired an instant later, taking the man in the right forearm, causing him to release his grip on the knife. As it clattered to the cell floor, the black man lunged for it.
"Don't," Carella said very softly. 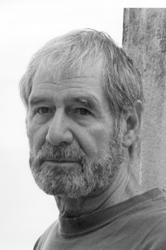 Ed McBain, a recipient of the Mystery Writers of America's coveted Grand Master Award, was also the first American to receive the Diamond Dagger, the British Crime Writers Association's highest award. His books have sold more than one hundred million copies, ranging from the more than fifty titles in the 87th Precinct series (including the Edgar Award–nominated Money, Money, Money) to the bestselling novels written under his own name, Evan Hunter—including The Blackboard Jungle (now in a fiftieth anniversary edition from Pocket Books) and Criminal Conversation. Fiddlers, his final 87th Precinct novel, was recently published in hardcover. Writing as both Ed McBain and Evan Hunter, he broke new ground with Candyland, a novel in two parts. He also wrote the screenplay for Alfred Hitchcock's The Birds. He died in 2005.