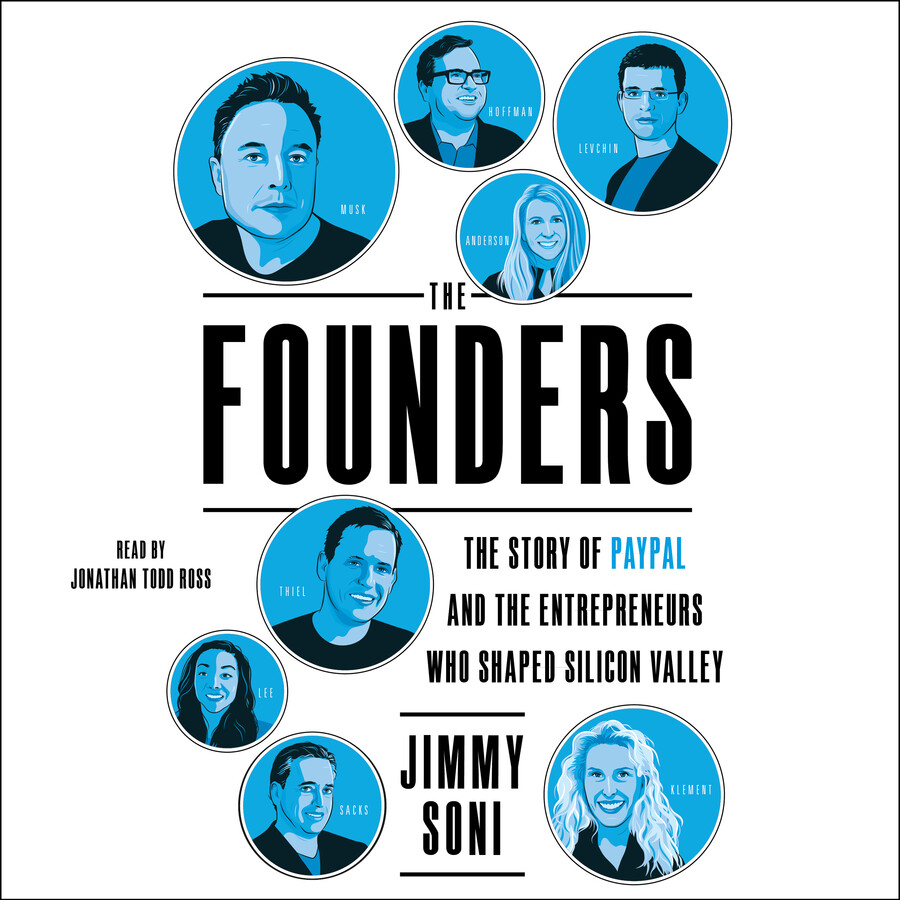 The Founders
By Jimmy Soni
Read by Jonathan Todd Ross

The Story of Paypal and the Entrepreneurs Who Shaped Silicon Valley

The Story of Paypal and the Entrepreneurs Who Shaped Silicon Valley