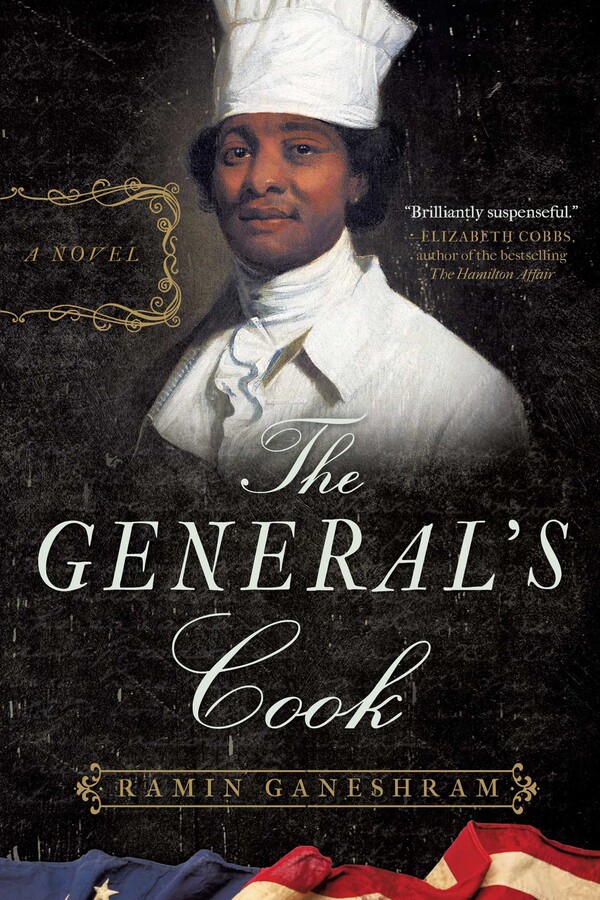 Philadelphia 1793. Hercules, President George Washington’s chef, is a fixture on the Philadelphia scene. He is famous for both his culinary prowess and for ruling his kitchen like a commanding general. He has his run of the city and earns twice the salary of an average American workingman. He wears beautiful clothes and attends the theater.

But while valued by the Washingtons for his prowess in the kitchen and rewarded far over and above even white servants, Hercules is enslaved in a city where most black Americans are free. Even while he masterfully manages his kitchen and the lives of those in and around it, Hercules harbors secrets-- including the fact that he is learning to read and that he is involved in a dangerous affair with Thelma, a mixed-race woman, who, passing as white, works as a companion to the daughter of one of Philadelphia's most prestigious families. Eventually Hercules’ carefully crafted intrigues fall apart and he finds himself trapped by his circumstance and the will of George Washington.

Based on actual historical events and people, The General's Cook, will thrill fans of The Hamilton Affair, as they follow Hercules' precarious and terrifying bid for freedom.

Ramin Ganeshram is a veteran journalist, who has written features for the New York Times and for New York Newsday. As a professionally trained chef with a Master's degree in Journalism from Columbia, she is a celebrated food columnist who has been awarded seven Society of Professional Journalist awards for her work and an IACP Cookbook of The Year Award. Ganeshram is the author of several cookbooks. As an American of Trinidadian and Iranian heritage, she specializes in writing about multicultural communities as a news reporter and about food from the perspective of history and culture. Her work has appeared in Saveur, Gourmet, Bon Appetit, National Geographic Traveler, Forbes Traveler, Forbes Four Seasons, and many others. Born and raised in New York City, she lives in Westport, Connecticut.

"Brilliantly suspensefulThe General’s Cook offers a swift ride in the company of fascinating characters. Readers will never again see the first president in the same way, nor should they."—Elizabeth Cobbs, The Hamilton Affair

"The General's Cook is redolent with savory details. Ganeshram brings Hercules, President Washington's cook, to mouth-watering life! This novel casts new valuable insight on the complicated legacy of our founding father and the institution of slavery, while showcasing the heartbreaking choices Hercules is forced to make. " —Michaela MacColl, bestselling author of Prisoners in the Palace

"A talented master chef yet at the same time the slave of an exacting master, the shadowy and intriguing figure of the historical Hercules, George Washington's cook, springs to life in this compelling fictional portrait. In The General's Cook, Hercules is a complicated, forceful, gentle man whose passions reside in the exquisite dishes he produces for the first President of the young American republic and with his beautiful biracial lover who is passing for white. A chef and award-winning journalist of the culinary arts, Ramin Ganeshram offers us a deeply-researched story of a life erased from history, a man whose last name is not mentioned in the record books. As Hercules ushers the young people in his kitchen out of slavery’s shackles, you’ll find yourself cheering for him to throw down his chef’s hat and make his own bid for freedom."—Minrose Gwin, award-winning author of Promise

“This book is the true juxtaposition of food and history, taking us back to the days of George Washington and into the world of his chef, a slave named Hercules. Told with vivid and delicious description about a little-known part of our American history, The General’s Cook is a book that food lovers really should not miss.” —Crystal King, author of Feast of Sorrow

“The General’s Cook intriguingly and vividly brings to life Hercules—President George Washington’s enslaved African American cook, and a truly fascinating figure in early U.S. history. Ganeshram’s thorough research and extensive culinary knowledge adds a depth to Hercules’s biography that other historical accounts lack. You’ll definitely hunger for more!” —Adrian Miller, author of Soul Food: The Surprising Story of an American Cuisine and The President’s Kitchen Cabinet: The Story of the African Americans Who Have Fed Our First Families, from the Washingtons to the Obamas

“The General’s Cook introduces the reader to a complex mix of people living in and surviving places that have rarely been described with such accuracy; kitchens, urban market places and back alleys, the rural plantation slave quarters and the elite dining rooms of an America predicated on and ruled by slavery.” —Dr. Leni Sorensen, Retired African American research historian, Thomas Jefferson’s Monticello