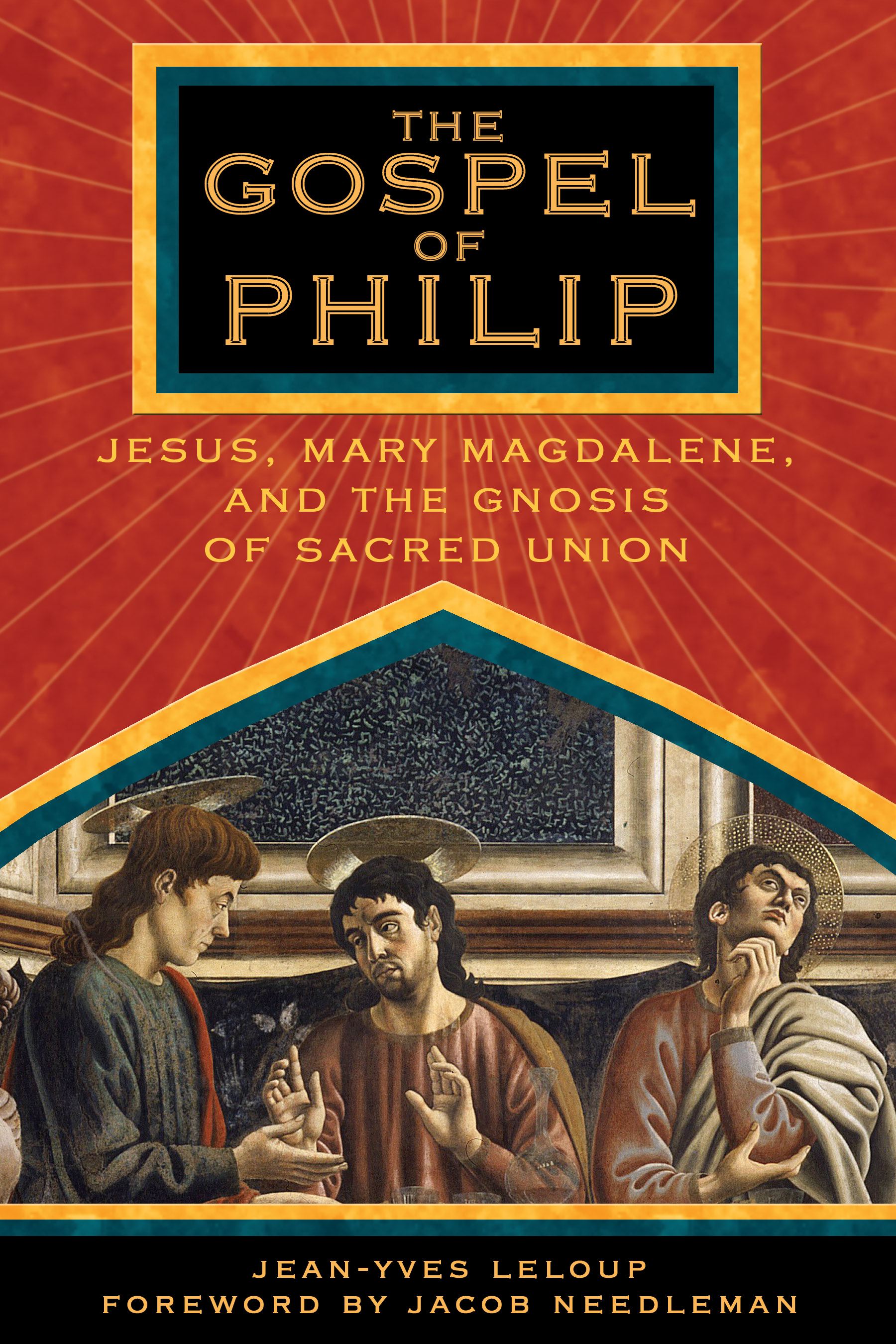 Jesus, Mary Magdalene, and the Gnosis of Sacred Union

• Translated from the Coptic and analyzed by the author of the bestselling The Gospel of Mary Magdalene (over 90,000 sold)

The mainstream position of the Christian church on sexuality was perhaps best summed up by Pope Innocent III (1160-1216) when he stated that “the sexual act is so shameful that it is intrinsically evil.” Another Christian theologian maintained that the “Holy Ghost is absent from the room shared by a wedded couple.” What Philip records in his gospel is that Christ said precisely the opposite: The nuptial chamber is in fact the holy of holies. For Philip the holy trinity includes the feminine presence. God is the Father, the Holy Ghost is the Mother, and Jesus is the Son. Neither man nor woman alone is created in the image of God. It is only in their relationship with one another--the sacred embrace in which they share the divine breath--that they resemble God.

The Gospel of Philip is best known for its portrayal of the physical relationship shared by Jesus and his most beloved disciple, Mary of Magdala. Because it ran counter to the direction of the Church, which condemned the “works of the flesh,” Philip’s gospel was suppressed and lost until rediscovered at Nag Hammadi in 1947. Orthodox theologian Jean-Yves Leloup’s translation from the Coptic and his analysis of this gospel are presented here for the first time in English. What emerges from this important source text is a restoration of the sacred initiatic union between the male and female principles that was once at the heart of Christianity’s sacred mystery.

Most of the books of the Nag Hammadi Codices are Coptic translations of Greek originals. The Gospel of Philip is a part of Codex II. This codex is the most voluminous manuscript in the library of Khenoboskion. In addition to the Gospel of Philip, it contains the Gospel of Thomas, a version of the Apocryphon of John, the Hypostasis of the Archons, an anonymous writing known as “The Untitled Text” (and sometimes as "The Origin of the World"), the Exegesis on the Soul, and the Book of Thomas the Contender.

The Gospel of Philip was inserted between the Gospel of Thomas and the Hypostasis of the Archons. A photographic edition of the entire Codex II was published in 1956 and is housed at the Coptic Museum in Old Cairo. The Gospel of Philip is presented on plates 99-134. A first translation was made in 1960 by H.M. Schenke, who divided this Gospel into twenty-seven paragraphs. Although this division has been debated (E. Segelberg, R.M. Grant, J.E. Ménard), we have found it useful for this edition. It presents the Gospel of Philip as a kind of garland of words, no less enigmatic than those of the Gospel of Thomas, and more elaborate, because they are certainly of a later date than the latter.

The first pagination given at the tops of certain pages is that of the Codex, and the second is that of the photographic plates. We have also found it useful to employ a special numbering of the passages from 1 to 127, so as to facilitate references to logia.

It would be hard to overemphasize the difficulties involved in the translation from the Coptic of these often sibylline texts. Our concern has always been to find a meaning in these logia, even if it sometimes requires a departure from philological literalism. An archeologist is only required to make an inventory of the broken fragments of the vase; but the hermeneutist must at least imagine, if not establish, how the vase was used.

We have learned that to translate is always to interpret. This is where the "passion" of a text lies. The text is subject to our interpretation, and is itself a kind of decoding which always involves the subjectivity of a Logos which has been heard, or perhaps only thought. We still do not know what Yeshua really said. We only know what a number of hearers and witnesses have heard. Scripture consists of what has been heard, not of what has been said.

The Sacred Embrace, Conception, and Birth

Again, the resonances between this Gospel and the later Jewish tradition are striking. The physical act of love harbors a secret which has serious implications for the whole problem of a "chosen" or "holy" people, or a Kingdom of God. And the question of our possible membership in such an elect turns out to have nothing to do with what family or ethnicity we belong to. Instead, it has to do with the quality of trust and consciousness in the embrace, which makes us children of the nuptial act, icons of the Union.

Yet at the origins of Christianity, in the heart of the Jewish communities from which it arose, another voice had made itself heard:

The mystery which unites two beings is great;
without this union the world would not exist.
(Philip, logion 60:2-3)

That passage from Philip resonates with the Biblical tradition: in the beginning, as Genesis says, YHWH created male and female in his own image. Hence it is neither man nor woman that is in the image of God, but the relation between them.

In the Hebrew tradition, as in the Gospel of Philip, Love is more of a seeking of one wholeness for another wholeness. It is not born of lack, of penia, but of pleroma, an overflowing toward otherness.

A human being is born either male of female, but he or she must become a man or a woman--not just mature biologically, but become a Person, a Subject capable of meeting another Person or Subject, in a Love that is not needy or demanding. Trust and consciousness in the embrace is the echo of this Love.

Certain authors of the Hebrew tradition trace this encounter all the way back to two beings who are sexually differentiated, but share a single soul, or a single breath, before birth itself. This is a metaphysical way of emphasizing the fact that we were created to form a couple, through which we experience the epiphany of the Presence (Shekhina) of YHWH.

Thus in both the Jewish tradition and in the Gospel of Philip, the love relationship is not to be used for one's own fulfillment, for the relationship itself is our own fulfillment, and the revelation of a Third Term of Love, between Lover and Beloved. This Third Term is the source of differentiation as well as of union. The Biblical tradition calls it God, and the Evangelical tradition calls it Pneuma, or the Holy Spirit, the Breath which unites two beings.

This theme of the union of two breaths turns out to be especially important in the Gospel of Philip.
Jean-Yves Leloup

Jean-Yves Leloup is a theologian and founder of the Institute of Other Civilization Studies and the International College of Therapists. His books include Jesus and Judas, The Sacred Embrace of Jesus and Mary, The Gospel of Mary Magdalene, The Gospel of Philip, and The Gospel of Thomas. He lives in France.

“In this rich and lucid translation, Jean-Yves Leloup unlocks mysteries of the enigmatic bridal chamber found in the Gospel of Philip and sheds new light on their associations with Jewish esoteric tradition.”

– Margaret Starbird, author of The Woman with the Alabaster Jar: Mary Magdalene and the Holy Grail

“For scholars and seekers alike, every page of this book opens profound new dimensions in the teachings of Jesus.”

– Jacob Needleman, author of Lost Christianity and The American Soul

"This book displays new and profound facets and dimensions in the teachings of Jesus."

Jesus, Mary Magdalene, and the Gnosis of Sacred Union