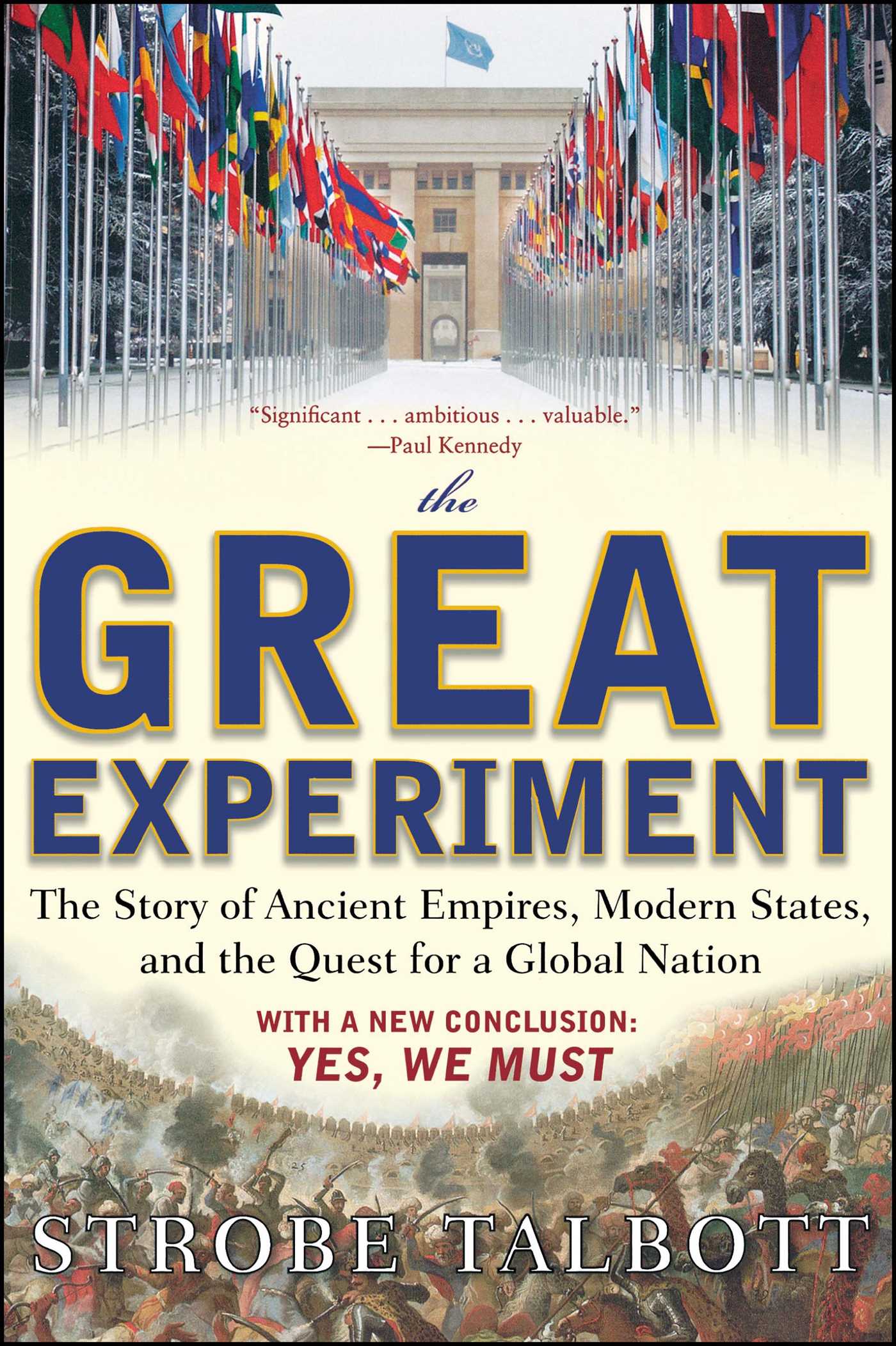 The Story of Ancient Empires, Modern States, and the Quest for a Global Nation

This dramatic narrative of breathtaking scope and riveting focus puts the "story" back into history. It is the saga of how the most ambitious of big ideas -- that a world made up of many nations can govern itself peacefully -- has played out over the millennia. Humankind's "Great Experiment" goes back to the most ancient of days -- literally to the Garden of Eden -- and into the present, with an eye to the future.

Strobe Talbott looks back to the consolidation of tribes into nations -- starting with Israel -- and the absorption of those nations into the empires of Hammurabi, the Pharaohs, Alexander, the Caesars, Charlemagne, Genghis Khan, the Ottomans, and the Hapsburgs, through incessant wars of territory and religion, to modern alliances and the global conflagrations of the twentieth century.

He traces the breakthroughs and breakdowns of peace along the way: the Pax Romana, the Treaty of Westphalia, the Concert of Europe, the false start of the League of Nations, the creation of the flawed but indispensable United Nations, the effort to build a "new world order" after the cold war, and America's unique role in modern history as "the master builder" of the international system.

Offering an insider's view of how the world is governed today, Talbott interweaves through this epic tale personal insights and experiences and takes us with him behind the scenes and into the presence of world leaders as they square off or cut deals with each other. As an acclaimed journalist, he covered the standoff between the superpowers for more than two decades; as a high-level diplomat, he was in the thick of tumultuous events in the 1990s, when the bipolar equilibrium gave way to chaos in the Balkans, the emergence of a new breed of international terrorist, and America's assertiveness during its "unipolar moment" -- which he sees as the latest, but not the last, stage in the Great Experiment.

Talbott concludes with a trenchant critique of the worldview and policies of George W. Bush, whose presidency he calls a "consequential aberration" in the history of American foreign policy. Then, looking beyond the morass in Iraq and the battle for the White House, he argues that the United States can regain the trust of the world by leading the effort to avert the perils of climate change and nuclear catastrophe. 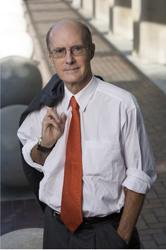 "With the sweep of a historian and the sure hand of a man who has been in the arena, Strobe Talbott has given us a brilliant, provocative, and thoughtful book about the most important questions of our time." -- Jon Meacham, author of Franklin and Winston and American Gospel

"The Great Experiment is a magisterial work -- a rare combination of sweeping historical narrative with personal insight, wisdom, and analytic brilliance. It should be a call to action for leaders at the highest level." -- Doris Kearns Goodwin, author of Team of Rivals

"Both a witness to history and a shaper of it, Talbott has written a vivid and vital reckoning of what we need to manage and contain global threats." -- Samantha Power, author of A Problem from Hell: America and the Age of Genocide

"A crucially important book for our times and the debate on how to deal with challenges ranging from climate change to terrorism to pandemics." -- Dennis Ross, author of Statecraft: And How to Restore America's Standing in the World

"A book of stunning breadth, analyzing past efforts at transcending isolation and conflict and explaining the inescapable need for global cooperation. A fast-moving survey, elegantly accessible with illuminating autobiographical touches. A rare feat for a large public." -- Fritz Stern, author of Five Germanys I Have Known

"Americans should read this narrative -- part history, part memoir -- and hope for a day when its author will once again be in a position to help restore his country's fortunes." -- Tony Judt, author of Postwar: A History of Europe Since 1945

The Story of Ancient Empires, Modern States, and the Quest for a Global Nation