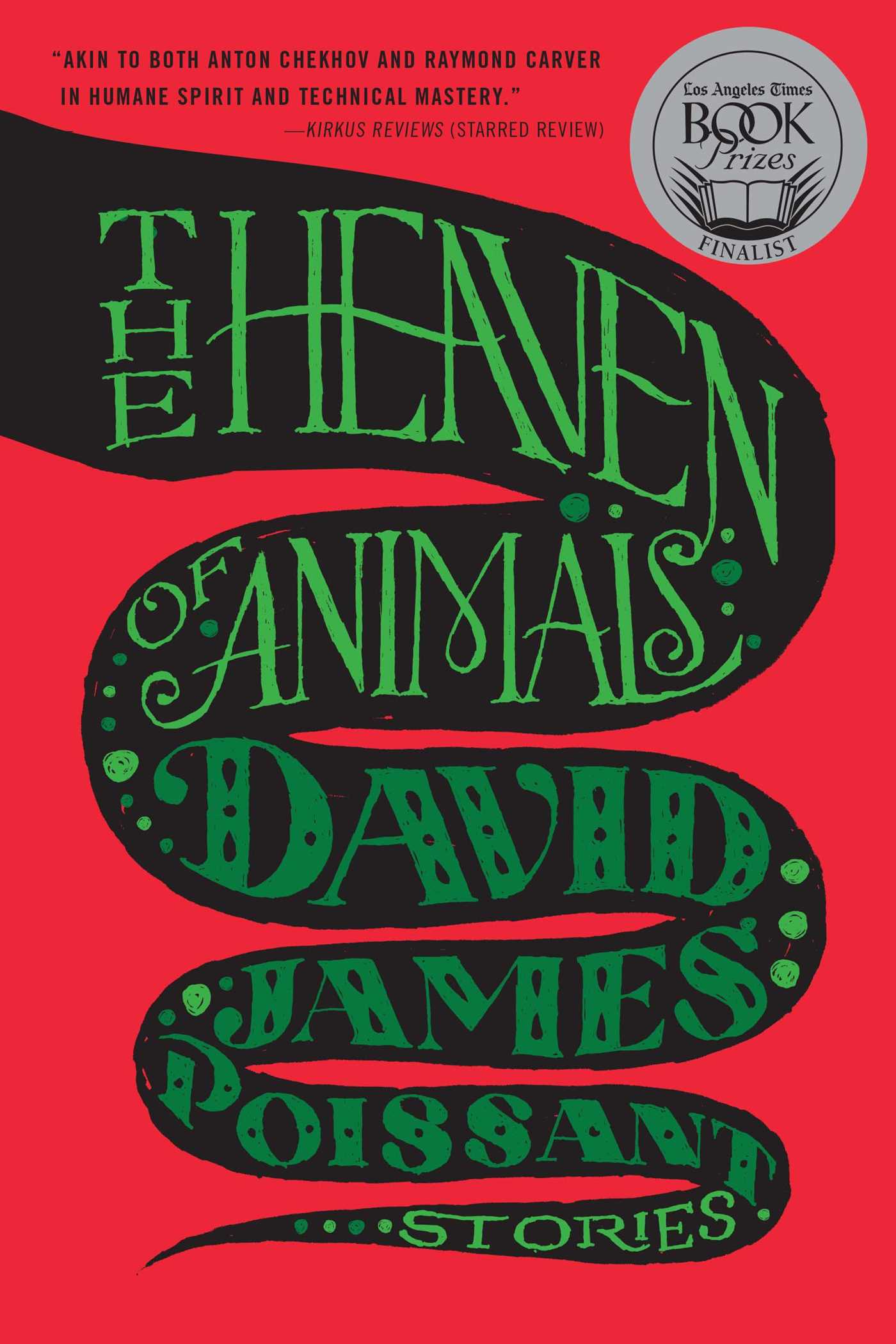 The Heaven of Animals

“A debut collection of unsparing yet warmly empathetic stories…akin to both Anton Chekhov and Raymond Carver in humane spirit and technical mastery” (Kirkus Reviews, starred review).

The Heaven of Animals, award-winning young writer David James Poissant’s stunning debut, has been one of the most-praised story collections of the year. Named one of Amazon’s Best Short Story Collections of 2014, compared to the work of Richard Ford and Amy Hemple in the Los Angeles Review of Books, to Anton Chekhov, Raymond Carver, and George Saunders in the New York Post, and the subject of a full-page rave by Clyde Edgerton in Garden & Gun, this “collection of vicious and heartbreaking vignettes” (The Orlando Sentinel) is a must-read for any fiction lover.

In each of the stories in this remarkable debut, Poissant explores the tenuous bonds of family—fathers and sons, husbands and wives—as they are tested by the sometimes brutal power of love. His strikingly true-to-life characters have reached a precipice, chased there by troubles of their own making. Standing at the brink, each must make a choice: Leap, or look away? Pulitzer Prize finalist Lee Martin writes that Poissant forces us “to face the people we are when we’re alone in the dark.”

From two friends racing to save the life an alligator in “Lizard Man” to a girl helping her boyfriend face his greatest fears in “The End of Aaron,” from a man who stalks death on an Atlanta street corner to a brother’s surprise at the surreal, improbable beauty of a late night encounter with a wolf, Poissant creates worlds that shine with honesty and dark complexity, but also with a profound compassion. These are stories hell-bent on hope.

Fresh, smart, lively, and wickedly funny, The Heaven of Animals is startlingly original and compulsively readable. As bestselling author Kevin Wilson puts it, “Poissant is a writer who knows us with such clarity that we wonder how he found his way so easily into our hearts and souls.” 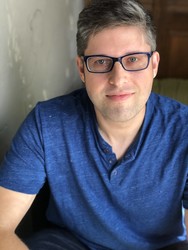 David James Poissant is the author of The Heaven of Animals: Stories, in print in five languages, winner of the GLCA New Writers Award and a Florida Book Award, a finalist for the Los Angeles Times Book Prize, and longlisted for the PEN/Robert W. Bingham Prize. His writing has appeared in The Atlantic Monthly, The Chicago Tribune, The New York Times, One Story, Ploughshares, The Southern Review, and in numerous anthologies including New Stories from the South, Best New American Voices, and Best American Experimental Writing. A recipient of scholarships and fellowships from the Bread Loaf, Sewanee, Tin House, Wesleyan, and Longleaf writers’ conferences, he teaches in the MFA program at the University of Central Florida and lives in Orlando with his wife and daughters. Lake Life is his first novel.

"An engaging, well-crafted collection... The author’s deep caring for his characters surfaces in his compassionate attempts to unpack the perplexities of the human condition. Poissant’s thoroughly realist style and tight storytelling will appeal to fans of Raymond Carver, Richard Ford, and George Saunders."

“[A] collection of vicious and heartbreaking vignettes.”

"Masterful…Poissant’s gift of fiction writing [is] a great big gift. So big that it stretches the short story form a bit; he turns typical short story writing pitfalls into strengths…You can move among William Faulkner, Harry Crews, and Flannery O’Connor to find the muscle that is in [“Lizard Man”] (and many of the others here), and among Eudora Welty, Lee Smith, and Jill McCorkle for the tenderness….A great strength of this collection: Though many of the characters are not like us readers one bit (some are) Poissant shows us how much alike we all are—as fathers, mothers, friends, children, liars, and lovers—no matter our pedigree….Poissant can do the seemingly impossible…I hear a novel is on the way. Look out."

"Told in honest and inventive prose, The Heaven of Animals is not afraid of the beautiful but painful complications of the heart."

“We care about and sympathize with Poissant’s characters, even the most conflicted and difficult ones. The pieces vary greatly in length, style, and subject matter. . . . Poissant is an excellent writer. . . the brief and beautiful moments of human connection shine through in every story.”

"The much-anthologized Poissant justifies his status as a favorite of the literary quarterlies with this debut collection of unsparing yet warmly empathetic stories.... Rueful and kind, akin to both Anton Chekhov and Raymond Carver in humane spirit and technical mastery"

“The Heaven of Animals is an extraordinary debut from Florida author David James Poissant--a Venn diagram of the miraculous and the absurd. Like Flannery O'Connor, Poissant's stories are marked by violence, humor, and grace; like Saunders, Poissant can spoon-bend reality; like Carver and Diaz, he writes scenes soaked in kerosene and seconds from combustion. In these pages you'll find charming reprobates and self-deluded hustlers, young lovers, alligators and dead dogs, fathers and sons, all the warped love of family, the batshit hilarity of the South, and the 'geometry" of loss.'"

"Wow. David James Poissant has written a fantastic, beguiling book. Often offbeat and always enthralling, The Heaven of Animals seduces the reader, again and again, with our weird, urgent attempts to understand each other. These stories lure the loners and romantics out of America’s backwaters, then march them into the moonlight to break your heart."

“Wild as two men wrestling an alligator, tender as a father stretching out on the floor next to his sleeping son, the stories in The Heaven of Animals will make you stop and wonder. David James Poissant digs deep until he reaches the heart of each tale, unearthing unexpected connections with his vivid and graceful prose. These men and women, parents and children, all stand at the precipice of loss, and in their final moments, reach out for each other.”

"It's not often you read stories with this much range, precision, power, and emotional depth in a first collection. It's not like a "first collection" at all, in fact. This is beautiful, exciting, accomplished work. David James Poissant is one of the best-of-the-best new writers out there, and I have no doubt there's a lot more to come."

– Brad Watson, award-winning author of The Heaven of Mercury and Aliens in the Prime of Their Lives

"A character in “Lizard Man” has tattoos that, if you look closely, secretly hold another image in the design. David James Poissant’s writing has that same effect, the initial and wonderful strangeness giving way, slowly but surely, to something deeper, something difficult, something beautiful. Poissant is a writer who knows us with such clarity that we wonder how he found his way so easily into our hearts and souls."

– Kevin Wilson, New York Times bestselling author of The Family Fang and Tunneling to the Center of the Earth

"David James Poissant is one of our finest young writers, with a taut and subtle prose style, a deep knowledge of craft, and a heart so vast it encompasses whole worlds. I read his fiction and became a lifelong fan; I promise that you will too."

– Lauren Groff, author of Arcadia, The Monsters of Templeton, and Delicate Edible Birds

"There is much to admire in David James Poissant's excellent debut story collection. His men and women are never mere caricatures.They are flawed but fully human and their stories are compelling and true to life's complexities. There is a refreshing lack of glibness in his work; he is a serious writer and these are serious stories."

"'What thehell do you do with twelve feet of living, breathing alligator?' Such is thedilemma for the narrator of David James Poissant’s 'Lizard Man.' Beneath thatquestion lies the age-old problem of fathers and sons and the wrong turns andmissteps that turn love monstrous. Poissant is a first-ratestoryteller who has an appreciation for the absurd turns of events that pressdown into all we try to keep buried until we have no choice but to face thepeople we are when we’re alone in the dark."

– Lee Martin, Pulitzer Prize finalist and author of Break the Skin and The Bright Forever

"David James Poissant’s “Lizard Man” delivers all you could want from a story: searing tensions, the irresistible strangeness of the Floridian landscape, incandescent prose, and characters alight with wisdom and pain, with hope and violence and regret. Throw in an alligator in a kiddie pool and, dear reader, you’ve got one hell of a story. Poissant is an extraordinary talent, and Lizard Man is nothing short of unforgettable."

– Laura van den Berg, author of What the World Will Look Like When all the Water Leaves Us

“'Lizard Man,' a richly atmospheric story set in the swampland of Florida, explores the legacy of one father’s mistakes, and the improbable beauty of his attempts to make things right."

"David James Poissant will end up being his generation's Richard Ford: his fiction is full of big ideas, of startling insights into how we live now; and his writing is so smart, so sensitive and self-deprecating and full of empathy. He is one of our very best young writers. I know, know that we will be talking about him for years and years to come."

– Brock Clarke, author of Exley, An Arsonist's Guide to Writers' Homes in New England, and The Ordinary White Boy

"David James Poissant's The Heaven ofAnimals may be my favorite short story collectionof the year. His skill at creating sympathetic, yet unlikeable, characters isimpressive, as is the emotional depth found in these stories."

The Heaven of Animals