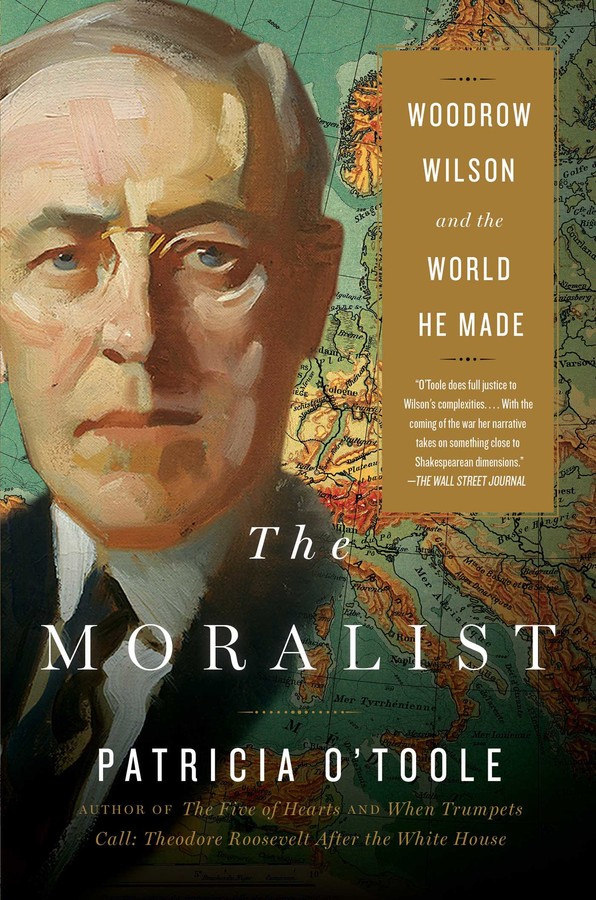 Acclaimed author Patricia O’Toole’s “superb” (The New York Times) account of Woodrow Wilson, one of the most high-minded, consequential, and controversial US presidents. A “gripping” (USA TODAY) biography, The Moralist is “an essential contribution to presidential history” (Booklist, starred review).

“In graceful prose and deep scholarship, Patricia O’Toole casts new light on the presidency of Woodrow Wilson” (Star Tribune, Minneapolis). The Moralist shows how Wilson was a progressive who enjoyed unprecedented success in leveling the economic playing field, but he was behind the times on racial equality and women’s suffrage. As a Southern boy during the Civil War, he knew the ravages of war, and as president he refused to lead the country into World War I until he was convinced that Germany posed a direct threat to the United States. Once committed, he was an admirable commander-in-chief, yet he also presided over the harshest suppression of political dissent in American history.

After the war Wilson became the world’s most ardent champion of liberal internationalism—a democratic new world order committed to peace, collective security, and free trade. With Wilson’s leadership, the governments at the Paris Peace Conference in 1919 founded the League of Nations, a federation of the world’s democracies. The creation of the League, Wilson’s last great triumph, was quickly followed by two crushing blows: a paralyzing stroke and the rejection of the treaty that would have allowed the United States to join the League. Ultimately, Wilson’s liberal internationalism was revived by Franklin D. Roosevelt and it has shaped American foreign relations—for better and worse—ever since.

A cautionary tale about the perils of moral vanity and American overreach in foreign affairs, The Moralist “does full justice to Wilson’s complexities” (The Wall Street Journal). 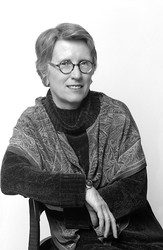 “O’Toole is a lucid and elegant writer . . . She gives each of her many characters their due, rendering them vivid and also memorable . . . . On Wilson’s tortured entrance into World War I, she is truly superb, assiduously tracing his journey from stubborn neutrality to zealous wartime president. As a study of Wilson’s relationship with Europe, and the intrigues of his foreign policy administration, the book is exemplary.”

“Ms. O’Toole does full justice to Wilson’s complexities, but it is with the coming of the war that her narrative takes on something close to Shakespearean dimensions . . .  scrupulously balanced . . .  elegantly crafted.”

“The Moralist comes at a ripe moment, now that the harsh revisionism of recent years has cast a dark light on Wilson’s legacy. . . . Grim and often gripping, The Moralist goes a long way in explaining the America we’re awakening to.”

“Enlightening . . . a commentary-infused biography that illuminates an ugly and reckless side of Wilson. Her book stands as a welcome corrective . . . By devoting a biographical study to Wilson’s exaggerated sense of moral rectitude, O’Toole has done students of American history a great service. She has exposed, in meticulous detail, the vanity and vacuity of Wilson the moralist.”

“In graceful prose and deep scholarship, Patricia O'Toole casts new light on the presidency of Woodrow Wilson. . . . The most important value of O’Toole’s new book is its sharp-edged treatment of Wilson — severely critical of his character and policies when appropriate, praising his idealism and persistence when appropriate.”

“A great strength of Patricia O’Toole’s new biography is the argument announced by her title. She sets out to investigate Wilson by focusing on his strong moral streak, an attribute that proved to be his greatest asset and his greatest failing. . . . a master class in political analysis.”

“A comprehensive biography of Woodrow Wilson and a fresh perspective on his moral vision and legacy. The book provides an intimate portrait of Wilson’s life and identifies his “deep sense of moral responsibility” as the guiding factor behind his actions and decision-making . . . O’Toole writes with compassion and impartiality . . . this gracefully written account will likely renew debates on Wilson’s role in a century of U.S. foreign policy and the role of the United States in international affairs.”

"What a wonderful book. With a sure hand and clarity of thought, Patricia O'Toole has given us a Woodrow Wilson in all his complexity. In one way or another, from our role in the world to our views of each other at home, much of our America can be traced to the epic events of the Wilson presidency, and O'Toole, tells that story with grace and insight."

– Jon Meacham, author of American Lion and Thomas Jefferson: The Art of Power

“This splendid biography tells a story of triumph and tragedy--the triumph of democratic reform at home in Wilson's first term and of victory in the war to make the world save for democracy in his second, but tragedy in his failure to secure a just peace and American participation in the League of Nations.  Of special value are O'Toole's incisive analyses of the crucial and sometimes fraught relationships among Wilson, his wife Edith, his personal physician Cary Grayson, "Colonel" Edward house, Secretary of State Robert Lansing, and private secretary Joe Tumulty.”

– James McPherson, author of The War That Forged a Nation

“Can one man use his moral force to change the world? The question seems outlandish but Woodrow Wilson very nearly did. A vivacious writer who digs deep, Patricia O’Toole has given us a grand, flawed, fascinating Wilson.”

– Evan Thomas, author of Ike’s Bluff and Being Nixon

“The Moralist is a brilliant and vital biography of Woodrow Wilson. With surgical precision she analyzes Wilson’s intellectual greatness, military cunning, and evangelical fervor aimed at promoting global democracy after World War I. Every chapter crackles with first-rate scholarship.”

“By turns eloquent, aloof, incisive, racist, romantic, and, above all, moralistic, Woodrow Wilson dominated political life a century ago. Patricia O’Toole brings him alive, with a cogent mix of propulsive narrative and penetrating insight. This is a fresh and invigorating take on a monumental if flawed president.”

“Patricia O’Toole’s new biography captures the essence of Wilson’s approach to politics and the world.”

“Excellent . . . O’Toole offers a fair-minded portrait of a vain moralist and political visionary whose certitude could exceed his judgment.”