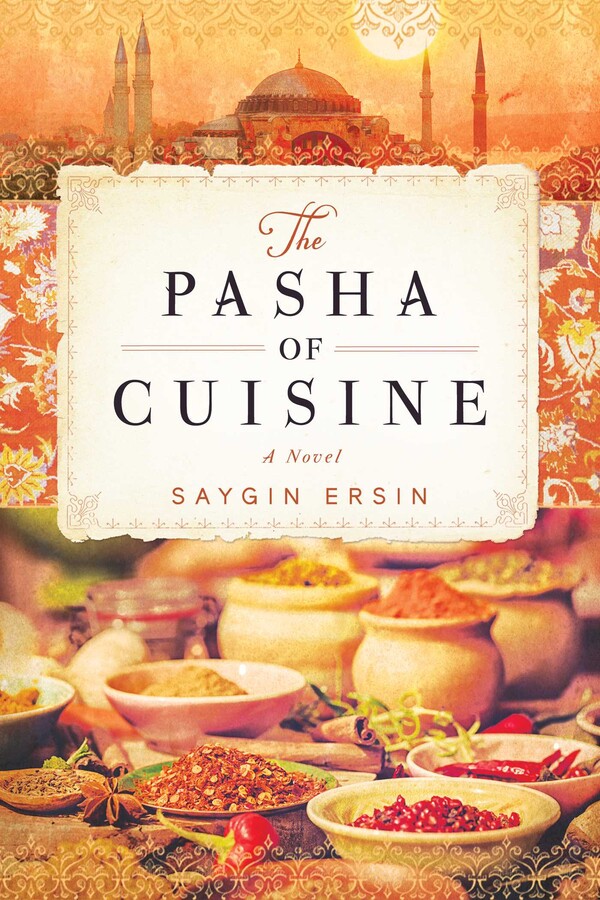 The Pasha of Cuisine

For readers of Ken Follett's Kingsbridge series and Richard C. Morais's The Hundred-Foot Journey, a sweeping tale of love and the magic of food set during the Ottoman Empire.

A Pasha of Cuisine is a rare talent in Ottoman lore. Only two, maybe three are born with such a gift every few centuries. A natural master of gastronomy, he is the sovereign genius who reigns over aromas and flavors and can use them to influence the hearts and minds, even the health, of those who taste his creations. In this fabulous novel, one such chef devises a plot bring down the Ottoman Empire—should he need to—in order to rescue the love of his life from the sultan’s harem.

Himself a survivor of the bloodiest massacre ever recorded within the Imperial Palace after the passing of the last sultan, he is spirited away through the palace kitchens, where his potential was recognized. Across the empire, he is apprenticed one by one to the best chefs in all culinary disciplines and trained in related arts, such as the magic of spices, medicine, and the influence of the stars. It is during his journeys that he finds happiness with the beautiful, fiery dancing girl Kamer, and the two make plans to marry. Before they can elope, Kamer is sold into the Imperial Harem, and the young chef must find his way back into the Imperial Kitchens and transform his gift into an unbeatable weapon.

Saygin Ersin, a former journalist, is the author of two previous novels, Judgement of the Emperor and The Storm of Erbain, as well as Retired Police Club, a collection of short detective stories, and the script for the comic Skywind. He currently lives in Izmir, Turkey.

"The Pasha of Cuisine is a captivating, witty, and delicious tale. This is the best kind of historical fantasy; in which the protagonist leaps off the page and through the centuries with his schemes and his heartbreak . . . instantly relatable. A novel to engage all the senses, readers will find themselves tempted to recreate our cook's travels and his dishes!"— S. A. Chakraborty, author of City of Brass

"Even if you aren’t hungry when you open The Pasha of Cuisine, I predict you'll soon be making a restaurant reservation. Saygin Ersin's novel is both a love letter to sophisticated Turkish cuisine and a fascinating window into the Ottoman Empire. Ersin proves that a well-cooked dish can save a life, make someone fall in love, and become the foundation for a magical, utterly unique story."—Sujata Massey, author of The Widows of Malabar Hill

"A richly detailed historical journey through the kitchens of the near East. If the skillful story telling and surprising plot twists don't grip your imagination, the smells and tastes conjured on every page surely will. The Pasha of Cuisine introduces readers to the intricate and sophisticated world of the Ottoman Empire, from the perspective of its magical cuisine and its skillful conjurers."—Ramin Ganeshram, author of The General's Cook

"This enchanting novel is not your typical fast food beach read. It is more of a seven-course feast, meant to be savored, word by word."—Meera Klein, award-winning author of My Mother's Kitchen: A Novel with Recipes, New York Journal of Books

"Ersin's supple prose fashions scents that virtually reach the reader, making this historical fiction that whets the appetite well as the imagination."—Booklist

"Spices and gastronomic delights fill the air of this sultry and irresistible tale."—BookRiot, "20+ OF THE BEST FOOD BOOKS FROM 2018"

"Replete with charm and intrigue, The Pasha of Cuisine is a deliciously spellbinding adventure where food rivals, and may at times exceed, the power of love. . . . Here, a feast to satisfy even the most discerning literary palate awaits."—Foreword Reviews

"I devoured this jewel of a novel and loved every bite! . . . We are treated to glimpses of the splendor of the Ottoman Empire, the intrigues and politics of the royal palace, an array of mouthwatering dishes, and a vast cast of remarkable characters. . . . Highly recommended.”—Historical Novel Society

"A historical epic whose hero uses his preternatural knowledge of all things food-related to win the day. Ersin's lavish descriptions of foods, spices, tastes, and smells add an abundance of alluring sensory details to the narrative."—Words Without Borders

"Nourishment through food, which is the strongest link between humans and nature, turns into a magical act in this novel. . . . We smell the odor seeping from the cinnamon jar, see the color of frying eggplants . . . the descriptions are so real that it is even possible to hear the sounds of the kitchen."—Posta Kitap

"History, medicine, astrology, and gastronomy come together with a sense of curiosity, You'll relish reading about identities lost in love among the spices, scents, and all kinds of food."—Star Kitap

"Saygin Ersin takes you on a delightful historical journey where fantasy and fiction meet, but it isn't a meeting as you'd imagine! As we follow the protagonist, the Pasha of Cuisine, the novel takes us from a time where Ottoman palace cuisine has already become legendary to within the mysterious harem of Topkapi Palace."—Banyo Mutfak Dergisi

"A delicious novel! The Pasha of Cuisine ranges from the Topkapi Palace to Baghdad and Alexandria, and recounts a love story that isn't just delicious, but mysterious as well."—Kitapeki

"A novel without precedent in Turkish publishing with a hero who is a cook and recounting tales of dishes and the kitchen. The Pasha of Cuisine may well be the first gastronomy novel in all of Turkish literature. Of course, there are novels with recipes in them, but this is the first Turkish one with such a sweeping story centered in the kitchen."—Besir Ayvazoglu, Turkist lyricist and author of Ask Estetigi

"A cleverly written delicacy that will enchant even the most discerning palate."—Johann Lafer Journal (Germany)

"A historical novel that reads like a thriller."—Freizeit Illustrierte (Germany)

"A bit of a One Thousand and One Nights, a pinch of magic, a spoonful of suspense, and a decent dash of romance make The Pasha of Cuisine an all-around delightful read."—kompass (Germany)

"A marvelous tale that echoes the feeling of One Thousand and One Nights . . . Ersin composes far more than a story—he builds an entire world."—thegilmoreguidetobooks.com

The Pasha of Cuisine