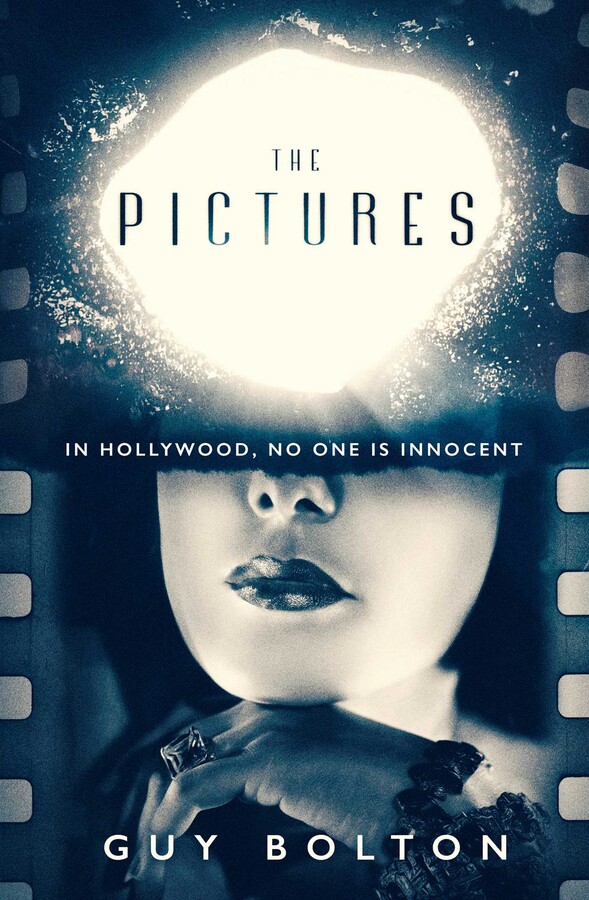 By Guy Bolton
LIST PRICE $6.99
PRICE MAY VARY BY RETAILER

World-weary Jonathan Craine is a detective at the LAPD who has spent his entire career as a studio ‘fixer’, covering up crimes of the studio players to protect the billion-dollar industry that built Los Angeles. When one of the producers of The Wizard of Oz is found dead under suspicious circumstances, Craine must make sure the incident passes without scandal and that the deceased’s widow, the beautiful starlet Gale Goodwin, comes through the ordeal with her reputation unscathed.

But against his better instincts, Craine finds himself increasingly drawn to Gale. And when a series of unsavoury truths begin to surface, Craine finds himself at the centre of a conspiracy involving a Chicago crime syndicate, a prostitution racket and a set of stolen pictures that could hold the key to unravelling the mystery.

– Telegraph, Books of the Year

‘The Pictures is a compelling and dazzling debut for fans of Raymond Chandler and James Ellroy. Bolton's tightly paced mystery vividly re-creates 1930s Hollywood and is enriched with complicated, fascinating and flawed characters.’

'If Bolton manages to combine his natural talent for place with Black's guidance on character, mystery lovers will have a great deal to anticipate.'

‘A splendid read…handled with great skill…[Bolton] paints a portrait of the period with a confidence usually reserved for old survivors.’

'A solid read for fans of the silver screen and intelligent detective novels.'

‘Craine is not the usual maverick cop and his ambiguous nature makes this novel tick… Place and period are lovingly described.’

‘It's one of those books which you pick up idly - and don't put down. I read it in a couple of days and I'm still thinking about a couple of the characters. Definitely recommended…. There's a real pace to the story and an effortless evocation of the Hollywood of the nineteen thirties…It's his first novel and is particularly assured for a debut.’

‘Moody Hollywood thriller with a tarnished cop looking into a producer's apparent suicide that puts him up against the studio bosses who pay him, the mob that's muscling in, and his old love. Set against the release of The Wizard of Oz, Bolton creates a time and place both accurate and dreamlike as he delves into wounded men looking for a shot to be better.’

By Guy Bolton
LIST PRICE $6.99
PRICE MAY VARY BY RETAILER