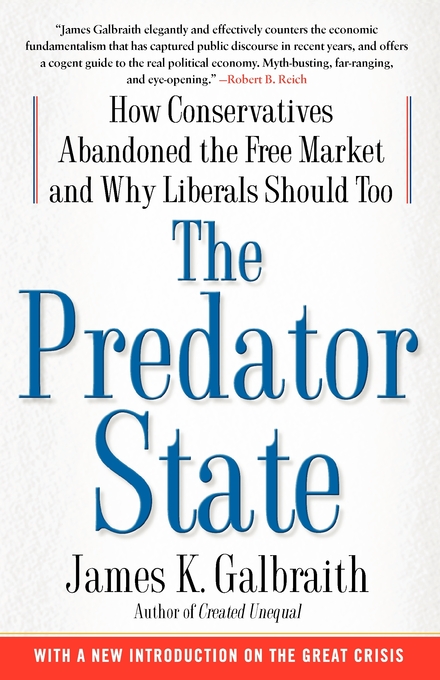 How Conservatives Abandoned the Free Market and Why Liberals Should Too

The cult of the free market has dominated economic policy-talk since the Reagan revolution of nearly thirty years ago. Tax cuts and small government, monetarism, balanced budgets, deregulation, and free trade are the core elements of this dogma, a dogma so successful that even many liberals accept it. But a funny thing happened on the bridge to the twenty-first century. While liberals continue to bow before the free-market altar, conservatives in the style of George W. Bush have abandoned it altogether. That is why principled conservatives -- the Reagan true believers -- long ago abandoned Bush.

Enter James K. Galbraith, the iconoclastic economist. In this riveting book, Galbraith first dissects the stale remains of Reaganism and shows how Bush and company had no choice except to dump them into the trash. He then explores the true nature of the Bush regime: a "corporate republic," bringing the methods and mentality of big business to public life; a coalition of lobbies, doing the bidding of clients in the oil, mining, military, pharmaceutical, agribusiness, insurance, and media industries; and a predator state, intent not on reducing government but rather on diverting public cash into private hands. In plain English, the Republican Party has been hijacked by political leaders who long since stopped caring if reality conformed to their message.

Galbraith follows with an impertinent question: if conservatives no longer take free markets seriously, why should liberals? Why keep liberal thought in the straitjacket of pay-as-you-go, of assigning inflation control to the Federal Reserve, of attempting to "make markets work"? Why not build a new economic policy based on what is really happening in this country?

The real economy is not a free-market economy. It is a complex combination of private and public institutions, including Social Security, Medicare and Medicaid, higher education, the housing finance system, and a vast federal research establishment. The real problems and challenges -- inequality, climate change, the infrastructure deficit, the subprime crisis, and the future of the dollar -- are problems that cannot be solved by incantations about the market. They will be solved only with planning, with standards and other policies that transcend and even transform markets.

A timely, provocative work whose message will endure beyond this election season, The Predator State will appeal to the broad audience of thoughtful Americans who wish to understand the forces at work in our economy and culture and who seek to live in a nation that is both prosperous and progressive. 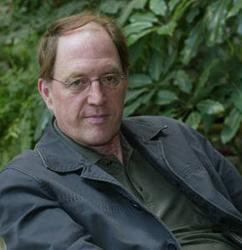 James K. Galbraith holds the Lloyd M. Bentsen Jr. Chair in Government/Business Relations at the Lyndon B. Johnson School of Public Affairs at the University of Texas at Austin. He lives in Austin, Texas. The End of Normal is his first book.

"Shows how to break the spell that conservatives have cast over the minds of liberals (and everyone else) for many years." -- Joseph E. Stiglitz, Nobel Laureate in Economic Sciences (2001)

"James Galbraith elegantly and effectively counters the economic fundamentalism that has captured public discourse in recent years, and offers a cogent guide to the real political economy. Myth-busting, far-ranging, and eye-opening." -- Robert B. Reich, Professor of Public Policy, University of California at Berkeley

"With a combination of erudition, insight, and wit worthy of John Kenneth Galbraith, Thorstein Veblen, and John Maynard Keynes, James K. Galbraith offers a critique of the conventional unwisdom about the economy that is as compelling as it is provocative." -- Michael Lind, Whitehead Senior Fellow at The New America Foundation and author of The American Way of Strategy

"James Galbraith has written an extremely challenging book. Although its principal target is conservative economics, it is no less critical of conventional liberalism. Galbraith correctly recognizes that today both approaches are intellectually bankrupt and incapable of addressing the nation's pressing economic problems. I hope The Predator State stimulates needed debate among both liberals and conservatives on the mistakes both sides have made that have gotten us to where we are now." -- Bruce Bartlett, author of Impostor: How George W. Bush Bankrupted America and Betrayed the Reagan Legacy

How Conservatives Abandoned the Free Market and Why Liberals Should Too