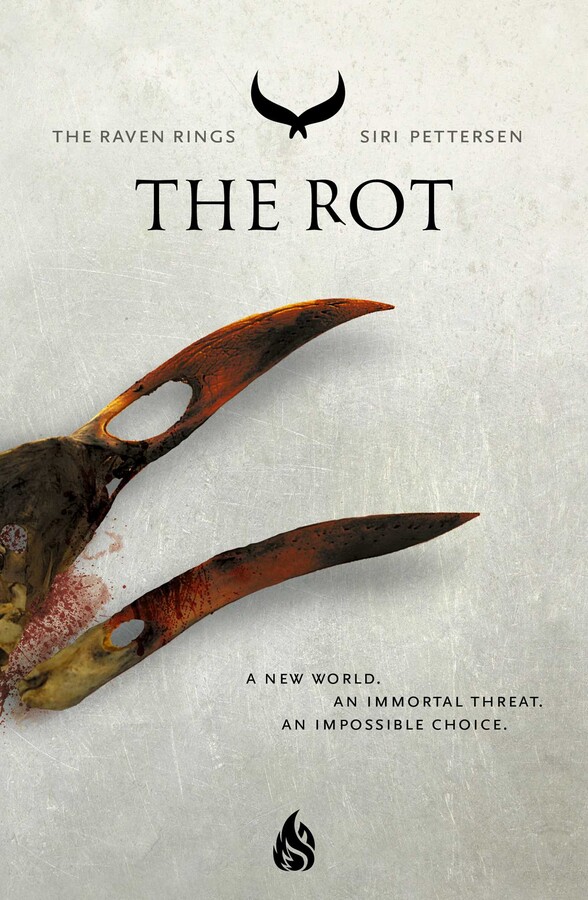 Part of The Raven Rings
By Siri Pettersen
Published by Arctis
Distributed by Simon & Schuster
LIST PRICE $18.99
PRICE MAY VARY BY RETAILER

Book Two in Siri Pettersen's epic fantasy trilogy - The Raven Rings - at last comes to the U.S. after taking European audiences by storm.

I loved (Odin's Child) deeply from the first to the last word, and was instantly and thoroughly immersed. -- Laini Taylor, bestselling author of Daughter of Smoke and Bone.

...The story examines and upends everything its characters believe in, including their world, their history, their faith, and themselves, while intertwining elements of politics and Norse mythology with a side of forbidden romance. Kirkus Reviews

The intrigue, scope, and depth of His Dark Materials, set in an immersive Nordic world as fierce and unforgettable as its characters.  Rosaria Munda, author Fireborne/Flamefall - Aurelian Cycle

To protect her homeland of Ym, Hirka left it behind. She traveled through the raven rings, a stone circle that can be used as a portal, to an unfamiliar world. A world without the Might, a world where none of the people have tails, a world that seems rotten at its very core. That world is modern-day Europe.

Hirka was supposed to fit in with humans here. And her departure was supposed to be save Ym from the invasion of the blind. Yet none of that has happened. Instead, Hirka finds herself just as much of an outsider among the humans as she was among ymlings—even more so when she discovers that she has blood of the blind running through her veins. Meanwhile back in Ym, Rime—now the Ravenbearer—is fighting an ongoing battle against the blind, not to mention against his fellow Councilors, as well as with his own despair over losing Hirka.

Separated by worlds, unsure who to trust, and hunted for reasons they cannot understand, both Hirka and Rime must find a way to stop a thousand-year-old evil from destroying not only Ym, but every world in existence.

Siri Petterson is a Norwegian novelist and comics creator. Her debut novel, Odin’s Child, was published in Norway in 2013, with sequels following in 2014 and 2015. Her work has since been translated into thirteen languages. Siri worked as an art director for many years and now writes full time.

Part of The Raven Rings
By Siri Pettersen
Published by Arctis
Distributed by Simon & Schuster
LIST PRICE $18.99
PRICE MAY VARY BY RETAILER

More books in this series: The Raven Rings