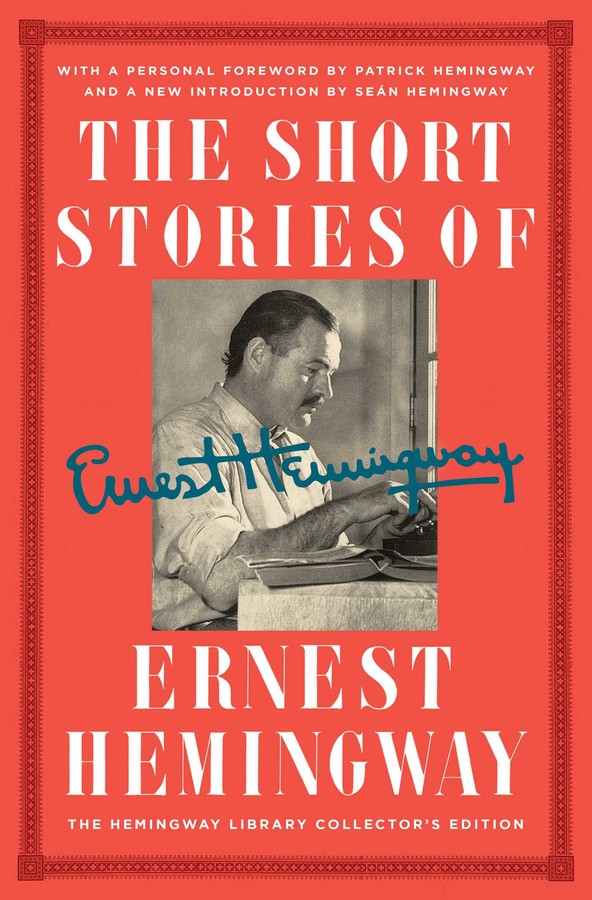 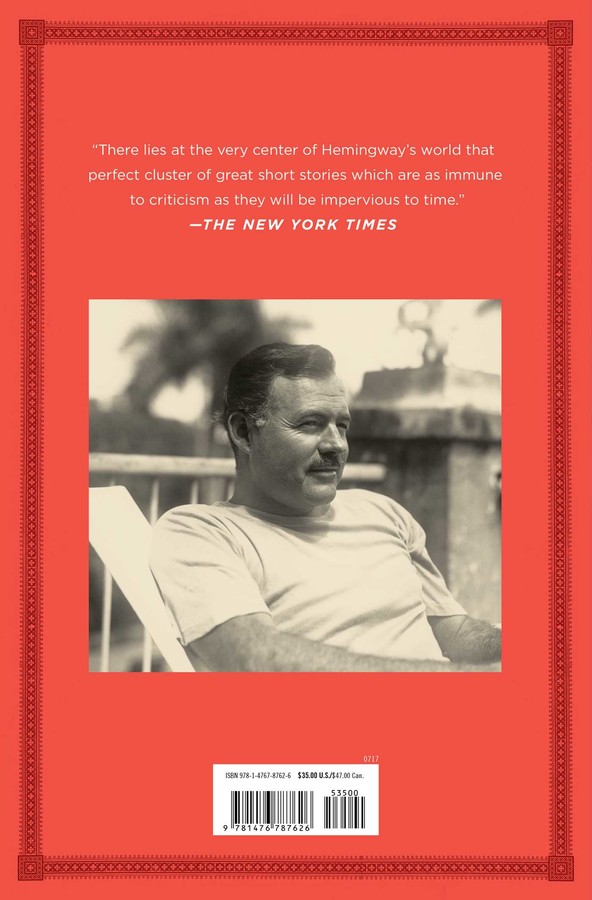 The fourth in the series of new annotated editions of Ernest Hemingway’s work, edited by the author’s grandson Seán and introduced by his son Patrick, this collection includes the best of the well-known classics as well as unpublished stories, early drafts, and notes that provide fascinating insight into the writing process of one of America’s greatest storytellers.

Ernest Hemingway is a cultural icon—an archetype of rugged masculinity, a romantic ideal of the intellectual in perpetual exile—but, to his countless readers, Hemingway remains a literary force much greater than his image. Of all of Hemingway’s canonical fictions, perhaps none demonstrate so forcefully the power of the author’s revolutionary style as his short stories. In classics like “Hills like White Elephants,” “The Snows of Kilimanjaro,” and “The Short Happy Life of Francis Macomber,” Hemingway shows us great literature compressed to its most potent essentials. We also see, in Hemingway’s short fiction, the tales that created the legend: these are stories of men and women in love and in war and on the hunt, stories of a lost generation born into a fractured time.

This Collector's Edition of The Short Stories of Ernest Hemingway presents many of Hemingway’s most famous classics alongside rare and unpublished material: Hemingway’s early drafts and correspondence, his dazzling out-of-print essay on the art of the short story, and two marvelous examples of his earliest work--his first published story, “The Judgment of Manitou,” which Hemingway wrote when still a high school student, and a never-before-published story, written when the author was recovering from a war injury in Milan after WWI. Edited by Ernest Hemingway’s grandson, Seán Hemingway, with an introduction by the author’s only surviving son, Patrick Hemingway, this Library Edition offers vital insight into the artistic development of one of the twentieth century’s greatest writers. It is a perfect introduction for a new generation of Hemingway readers, and it is a vital edition in the collection of any true Hemingway fan.

“Illuminating . . . to read it is to be shocked again by the fecundity of his genius. Writing one story that takes root in literary history is remarkable, but here is classic after classic.”

“Illuminating. . . it is undeniably fascinating to see how Hemingway swapped one word for another, or sliced and diced sentences.”

“An essential book for consumers and aesthetes.”

“Serves as a fine introduction to readers unfamiliar with Hemingway… [and] also makes a fine addition to the libraries of Ernest Hemingway’s many admirers.”