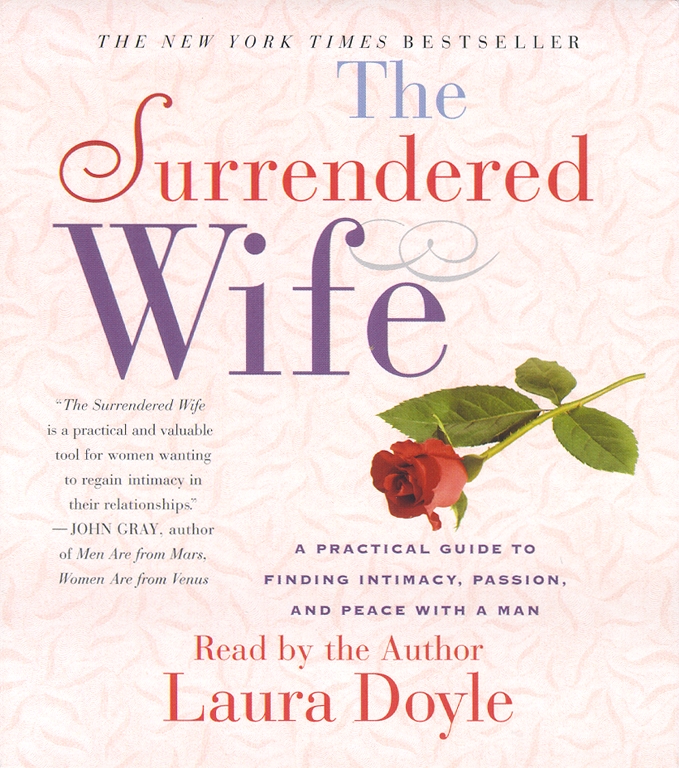 A Practical Guide To Finding Intimacy, Passion and Peace

A New York Times bestseller, this controversial guide to improving your marriage has transformed thousands of relationships, bringing women romance, harmony, and the intimacy they crave.

Like millions of women, Laura Doyle wanted her marriage to be better. But when she tried to get her husband to be more romantic, helpful, and ambitious, he withdrew—and she was lonely and exhausted from controlling everything. Desperate to be in love with her man again, she decided to stop telling him what to do and how to do it. When Doyle surrendered control, something magical happened. The union she had always dreamed of appeared. The man who had wooed her was back.

The underlying principle of The Surrendered Wife is simple: The control women wield at work and with children must be left at the front door of any marriage. Laura Doyle’s model for matrimony shows women how they can both express their needs and have them met while also respecting their husband’s choices. When they do, they revitalize intimacy.

Compassionate and practical, The Surrendered Wife is a step-by-step guide that teaches women how to:

· Give up unnecessary control and responsibility
· Resist the temptation to criticize, belittle, or dismiss their husbands
· Trust their husbands in every aspect of marriage—from sexual to financial
· And more.

The Surrendered Wife will show you how to transform a lonely marriage into a passionate union.

First, stop controlling your husband. This reminds him of his mother. Men are not attracted to their mothers.

Second, be a seductress. That means you make yourself available for sex and invite him to pursue you, rather than pursuing him.

That's it. If you do those two things on an ongoing basis, a passionate, healthy sex life will return.
So say goodbye to your roommate, and kiss your lover hello.
25. Lighten Your Load By Relinquishing Responsibility for the Finances
If you're nervous about trusting your husband to take care of the finances, but long to relinquish the responsibility of juggling bills, try this experiment: For six months, give up control of the checkbook to him. Remind yourself that if you really want to, you can go back to doing things your way.
Acknowledging that this change need not be permanent may help you keep your fears in perspective. It is important, however, that you keep this perspective to yourself. While you're in the experiment, act as if you trust your husband and have no intention of reclaiming control of the finances in a short time.
Many a wife has turned the finances over to her husband in just this way -- as a temporary trial -- and lived to say she wouldn't have it any other way.
26. The One Thing You Can Improve
There's nothing you can do about your husband's bad habits, but there is one part of the world that you can be certain of improving -- you. Oddly enough, whenever I focus my energy completely on improving myself, my husband seems to raise his standards too. For instance, if I refuse to engage in an argument by letting little things slide, he's quick to apologize for making a sarcastic comment. By contrast, if I jump into a fight with him, we're both at our worst. When I'm willing to listen to what he thinks, he's more likely to listen to what I want. If I remember to express my gratitude for him, he seems to put more effort into pleasing me.
I know I can't control or improve my husband, but he certainly seems to respond well when I behave maturely. That means the burden's on me to improve the one thing I know I can: myself.
27. Express Your Desires To Be True to You,
Before I surrendered, I used to try to get what I wanted by using my authority, or by trying to convince my husband with logic. He typically resisted with all his might. When I tried to make demands on him or nag him, I completely crushed any intimacy we might have had.
Today I've learned that simply expressing my desires by saying "I want" or "I don't want" is the most effective way to negotiate with my husband. It's not always easy -- sometimes I feel guilty for wanting too much, or I'm too lazy to think about what I want, so I turn the question outward and ask my husband what he wants.
But when I do express my desires purely, my husband sees it as another opportunity to make me happy. If he can't give me what I want, I know it's because he's balancing my desires with our family's other needs. If he can meet my desire, he feels like the hero, and I am reminded once again how very much he loves me. Either way, I've been true to myself by expressing my desires.
28. Giving Up NET (Needless Emotional Turmoil)
Needless Emotional Turmoil (NET for short) is what you feel when you try to control things that are not in your control.
Imagine you wear a backpack every day, and inside it are all of your concerns, fears and instructions for your husband. The first day you decide not to wear the backpack, you're going to feel light and free, but also strange. You might miss the familiarity of having that backpack on. You may feel jolts of anxiety throughout the day as you realize you're not wearing it. Remind yourself that you don't really need that backpack, or want anything that's in it. Eventually, you will come to love how easily you move without it.
All of this will come from making a decision to give up NET.
29. The Miracle of Perpetual Dating
Remember how much fun it was to date your husband when you first met? Those glory days return when you surrender control. Every time you go out to eat or to a movie, he takes care of you by paying for both of you and handling any details. Instead of bickering at dinner, you can talk about things that interest you, what you hope for and how you're feeling. You can laugh together and hold hands, as you enjoy being treated like a princess again.
Most of all, you can let him treat you the way he did when you were first dating by letting him know what a nice time you had and thanking him for taking you out. If you do, you'll enjoy the miracle of perpetual dating for many years to come.
30. The Cure for The Overcommitted
Before you take on more work, responsibility or expense, ask yourself if you can really make snacks for the team, head up a committee or work late without causing yourself distress. Will you have to sleep less, speed to be on time or skip out on going to the gym? Then don't do it.
Instead, practice saying these empowering words: "I can't." They work just as well when your child's teacher asks you to volunteer in the classroom as they do when your husband asks you to stop by the dry cleaners on an already too-busy day. They require no further explanation.
If you're thinking, "but that's not true because I can do it ," think again. If what you want is to feel good, stay balanced and have enough energy to foster an intimate marriage, you really can't do it all. Think of the phrase "I can't" as shorthand for reminding yourself that it's okay to save your time and energy for you and your relationship. 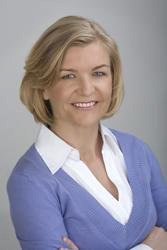 A Practical Guide To Finding Intimacy, Passion and Peace