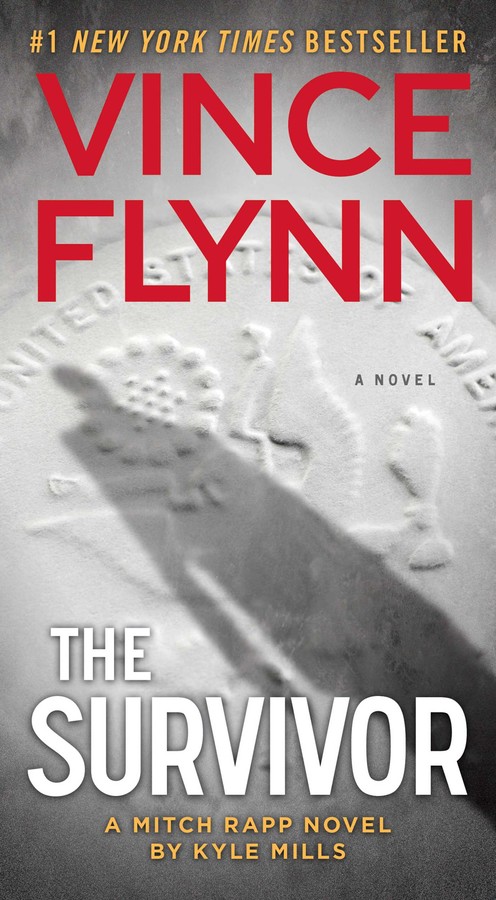 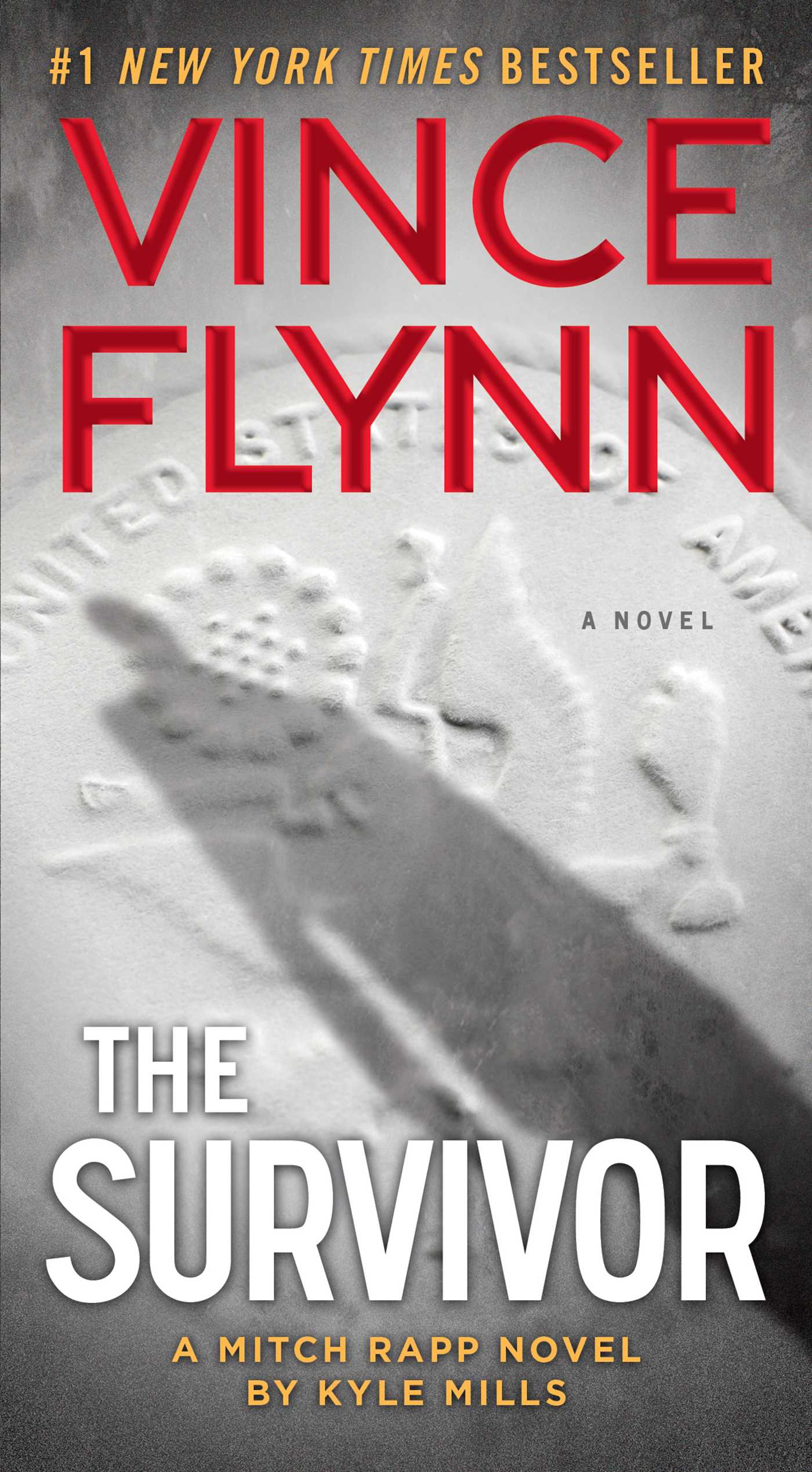 The #1 New York Times bestselling novel that picks up where The Last Man left off, The Survivor is a no-holds-barred race to save America…and Mitch Rapp’s finest battle.

When Joe “Rick” Rickman, a former golden boy of the CIA, steals a massive amount of the Agency’s most classified documents in an elaborately masterminded betrayal of his country, CIA director Irene Kennedy has no choice but to send her most dangerous weapon after him: elite covert operative Mitch Rapp.

Rapp quickly dispatches the traitor, but Rickman proves to be a deadly threat to America even from beyond the grave. Eliminating Rickman didn’t solve all of the CIA’s problems—in fact, mysterious tip-offs are appearing all over the world, linking to the potentially devastating data that Rickman managed to store somewhere only he knew.

It’s a deadly race to the finish as both the Pakistanis and the Americans search desperately for Rickman’s accomplices, and for the confidential documents they are slowly leaking to the world. To save his country from being held hostage to a country set on becoming the world’s newest nuclear superpower, Mitch Rapp must outrun, outthink, and outgun his deadliest enemies yet.

The Survivor CHAPTER 1
THE FARM

THE safe house was beginning to take on the feeling of a prison for Kennedy. She’d sat through too many of these post-operation debriefings to begin to count, but over her thirty-plus-year career at the CIA it was safe to say the numbers were in the triple digits. The pungent smell of cigarettes, too much coffee, not enough sleep, and too few workouts combined to throw off an all-too-familiar funk. For her part she got to leave. Had to, really. As director of the CIA, she couldn’t simply vanish for a week straight.

She spent her days locked almost entirely behind the soundproof door of her seventh-floor office at Langley trying to sort out the mess that had come to be known as the Rickman Affair. And even that had raised some eyebrows. The damage was bad, as it always was with this type of thing, but the question was how bad.

Kennedy didn’t fault Rapp for killing her Near East black ops chief. Getting him out of Pakistan would have proved problematic, especially after that duplicitous bastard Lieutenant General Durrani was killed. Had Rapp managed to keep Rickman alive they would have been left with a man whose twisted intellect was capable of sowing so many seeds of disinformation and dissent that the CIA would have been eating itself from the inside out by the time he was done. No, they were all better off with Rickman out of the picture. As Hurley was fond of saying, “Dead men tell no lies.”

They also offered no information, which was what Kennedy had been trying to assess during her days locked behind her door. Rapp had recovered a laptop as well as some hard drives from General Durrani’s house. They were Rickman’s, and her best people were poring over the encrypted CIA files, trying to determine what assets, operatives, and agents may have been compromised. One operation, due to its current sensitivity, had her particularly worried, and there were already some signs that things might be going off the tracks, which in this particular case was a very appropriate metaphor.

“What are we going to do with him?”

Kennedy slowly closed the red file on the kitchen table, removed her brown glasses, and rubbed her tired eyes.

Mike Nash set a fresh cup of tea in front of her and took a seat.

“Thank you.” After a moment she added, “I’m not sure what we’re going to do with him. I’ve left it up to those two for now.”

Nash looked out the sliding glass door where night was falling on Mitch Rapp and Stan Hurley. Kennedy had forced them to go outside to smoke. Nash couldn’t tell for sure, but they probably were also drinking bourbon. “I don’t mean Gould. I mean I care about what we do with him, but for the moment, I’m more worried about what we’re going to do with Mitch.”

Kennedy was growing tired of this. She’d talked to their resident shrink about the tension between Nash and Rapp and for the most part they were on the same page. Rapp was Nash’s senior by a few years, and through some pretty impressive maneuvering Rapp had been able to end Nash’s covert career. The how and why were a bit complicated, but in the end it was plainly a noble gesture. Nash had a wife and four kids, and Rapp didn’t want to see all that thrown away on a dangerous life that someone else could handle. Nash for his part felt betrayed by Rapp. Their closeness was a natural casualty as Rapp began to share fewer and fewer operational details with his friend, who now spent his time at Langley and on Capitol Hill.

“I know you’re worried,” Kennedy said, “but you have to stop trying to control him. Trust me, I’ve spent twenty years trying and the best I can do is nudge him in a general direction.”

Nash frowned. “He’s going to end up just like Stan. A bitter, lonely old man who’s dying of lung cancer. Look at Stan . . . even now he can’t put those damn things down.”

“Don’t judge, Mike,” Kennedy said with a weary tone. “He’s been through a lot. How he chooses to go out is no one’s business but his own.”

Kennedy thought about it for a long moment, taking a sip of tea. “We’re not all made for white picket fences and nine-to-five jobs. He most certainly isn’t.”

“No, but each time he goes out the odds are stacked against him.” 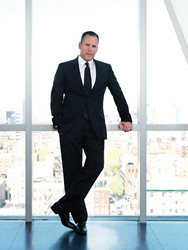 Kyle Mills is the #1 New York Times bestselling author of nineteen political thrillers, including Total Power, Lethal Agent, and Red War for Vince Flynn and The Patriot Attack for Robert Ludlum. He initially found inspiration from his father, the former director of Interpol, and still draws on his contacts in the intelligence community to give his books such realism. Avid outdoor athletes, he and his wife have lived in Jackson Hole, Wyoming, for over twenty years. Visit his website at KyleMills.com.

More books in this series: A Mitch Rapp Novel