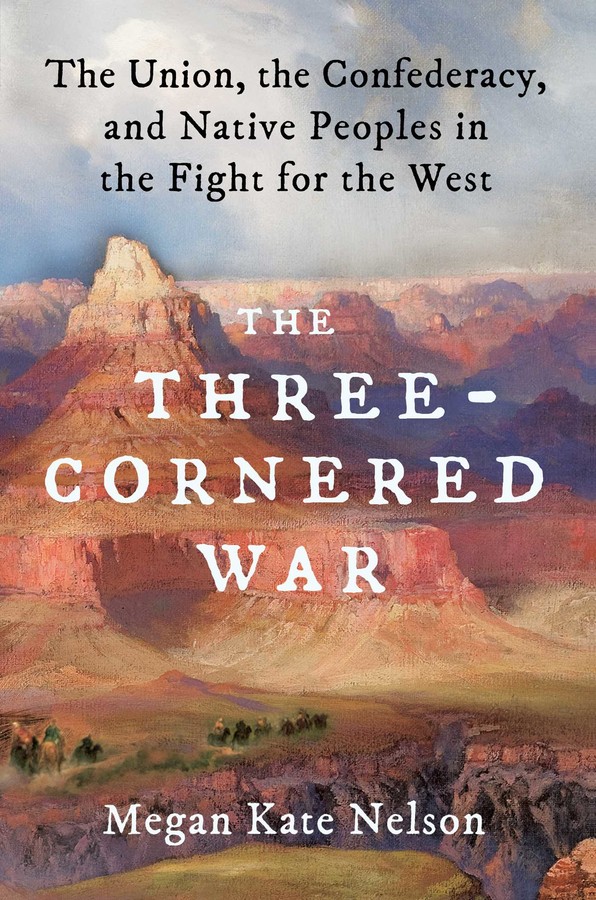 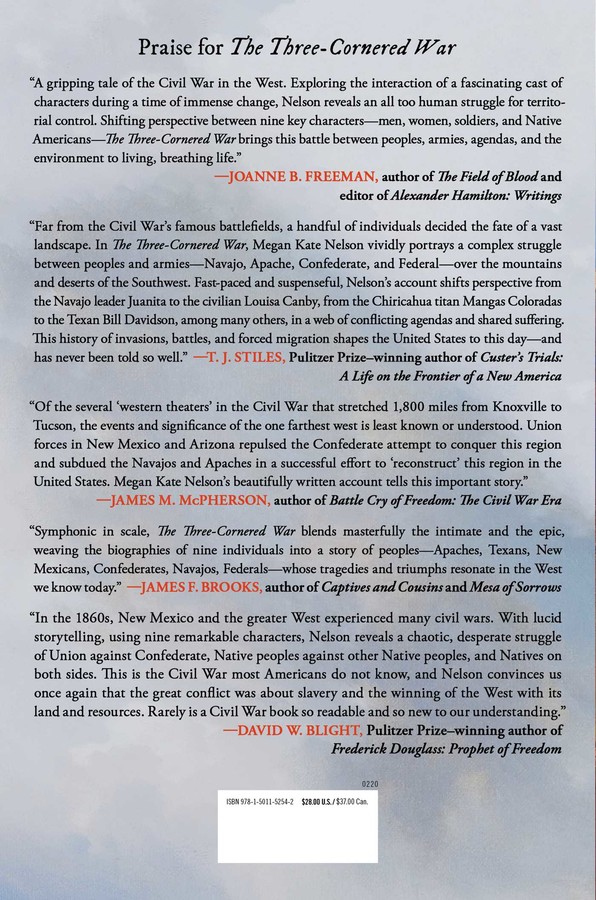 The Union, the Confederacy, and Native Peoples in the Fight for the West

A dramatic, riveting, and deeply researched narrative account of the epic struggle for the West during the Civil War, revealing a little-known, vastly important episode in American history.

In The Three-Cornered War Megan Kate Nelson reveals the fascinating history of the Civil War in the American West. Exploring the connections among the Civil War, the Indian wars, and western expansion, Nelson reframes the era as one of national conflict—involving not just the North and South, but also the West.

Against the backdrop of this larger series of battles, Nelson introduces nine individuals: John R. Baylor, a Texas legislator who established the Confederate Territory of Arizona; Louisa Hawkins Canby, a Union Army wife who nursed Confederate soldiers back to health in Santa Fe; James Carleton, a professional soldier who engineered campaigns against Navajos and Apaches; Kit Carson, a famous frontiersman who led a regiment of volunteers against the Texans, Navajos, Kiowas, and Comanches; Juanita, a Navajo weaver who resisted Union campaigns against her people; Bill Davidson, a soldier who fought in all of the Confederacy’s major battles in New Mexico; Alonzo Ickis, an Iowa-born gold miner who fought on the side of the Union; John Clark, a friend of Abraham Lincoln’s who embraced the Republican vision for the West as New Mexico’s surveyor-general; and Mangas Coloradas, a revered Chiricahua Apache chief who worked to expand Apache territory in Arizona.

As we learn how these nine charismatic individuals fought for self-determination and control of the region, we also see the importance of individual actions in the midst of a larger military conflict. The Three-Cornered War is a captivating history—based on letters and diaries, military records and oral histories, and photographs and maps from the time—that sheds light on a forgotten chapter of American history. 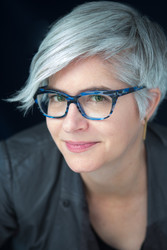 Megan Kate Nelson is a writer and historian living in Lincoln, Massachusetts. She has written about the Civil War, US western history, and American culture for The New York Times, The Washington Post, Smithsonian Magazine, Preservation Magazine, and Civil War Monitor. Nelson earned her BA in history and literature from Harvard University and her PhD in American Studies from the University of Iowa, and she has taught at Texas Tech University, Cal State Fullerton, Harvard, and Brown. Nelson is the author of The Three-Cornered War, Ruin Nation, and Trembling Earth.

“Based on extensive archival research, Nelson’s work expands our understanding of how the Civil War affected Indigenous peoples and helped to shape the nation. Readers interested in the Civil War and Western history will enjoy this nuanced portrait of the era.”
—Library Journal, starred

“Brisk and well-sourced… Nelson effectively blends military history with a fresh look at a region typically obscured in accounts of the Civil War. American history buffs will relish this entertaining and eye-opening portrait.”
—Publishers Weekly

“[A] useful survey for readers interested in the Civil War in its short-lived southwestern theater.”
—Kirkus Reviews

“Both engaging and unsparing… [Nelson] balances the stories of individuals from all four groups with deft discussion of the big-picture issues… The result is a gripping history that integrates the Southwest into broader histories of American expansion.”
—Booklist

"Of the several "western theaters" in the Civil War that stretched 1800 miles from Knoxville to Tucson, the events and significance of the once farthest west is least known or understood. Union forces in New Mexico and Arizona repulsed a Confederate attempt to conquer this region and subdued the Navajos and Apaches in a successful effort to "reconstruct" the region into the United States. Megan Kate Nelson's beautifully written account tells this important story."
—James M. McPherson, author of Battle Cry of Freedom: The Civil War Era

"In the 1860s New Mexico and the greater West experienced many civil wars.  With lucid storytelling, using nine remarkable characters, Nelson reveals a chaotic, desperate struggle of Union against Confederate, Native peoples against other Native peoples, and Natives on both sides.  This is the Civil War most Americans do not know and Nelson convinces us once again that the great conflict was about slavery and the winning the West with its land and resources.  Rarely is a Civil War book so readable and so new to our understanding."
—David W. Blight, author of the Pulitzer-prize winning Frederick Douglass: Prophet of Freedom

"A gripping tale of the Civil War in the West. Exploring the interaction of a fascinating cast of characters during a time of immense change, Nelson reveals an all too human struggle for territorial control. Shifting perspective between nine key characters — men, women, soldiers, and Native Americans — The Three-Cornered War brings this battle between peoples, armies, agendas, and the environment to living breathing life."
—Joanne B. Freeman, author of The Field of Blood and editor of Alexander Hamilton: Writings

"Far from the Civil War's famous battlefields, a handful of individuals decided the fate of a vast landscape. In The Three-Cornered War, Megan Kate Nelson vividly portrays a complex struggle between peoples and armies—Navajo, Apache, Confederate, and Federal—over the mountains and deserts of the Southwest. Fast-paced and suspenseful, Nelson's account shifts perspective from the Navajo leader Juanita to the civilian Louisa Canby, from the Chiricahua titan Mangas Coloradas to the Texan Bill Davidson, among many others, in a web of conflicting agendas and shared suffering. This history of invasions, battles, and forced migration shapes the United States to this day—and has never been told so well."
—T.J. Stiles, author of the Pulitzer Prize-winning Custer's Trials: A Life on the Frontier of a New America

"Symphonic in scale, The Three-Cornered War blends masterfully the intimate and the epic, weaving the biographies of nine individuals into a story of peoples—Apaches, Texans, New Mexicans, Confederates, Navajos, Federals—whose tragedies and triumphs resonate in the West we know today."
—James F. Brooks, author of Captives and Cousins and Mesa of Sorrows

"The 'hree-Cornered War sheds a bright light on the forgotten intersection of America's westward expansion and its cataclysmic Civil War. Full of irony, sharp character sketches and fast-paced battle scenes, Megan Kate Nelson's book should be read by anyone who wants to understand the roots of modern America -- or just wants a gripping story, powerfully told."
—Clay Risen, author of The Crowded Hour

The Union, the Confederacy, and Native Peoples in the Fight for the West