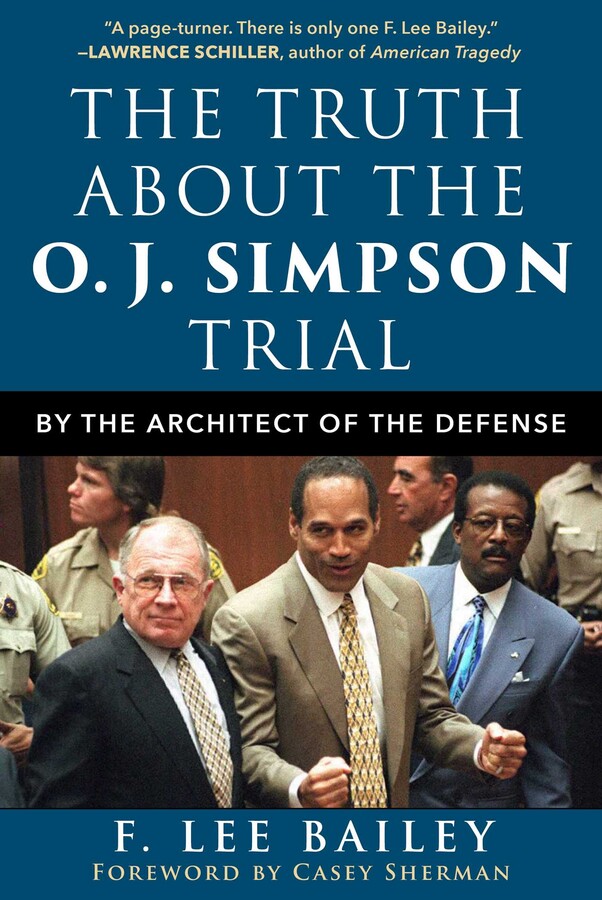 The Truth About the O.J. Simpson Trial

By the Architect of the Defense

It was called "The Trial of the Century." Beloved football sensation, O.J. Simpson was famous for his prowess on the field, his good looks, his charm, and for running through airports on TV commercials. But all that changed the night his ex-wife Nicole Brown Simpson and her friend Ron Goldman were brutally slaughtered in her front yard late at night on June 12, 1994. The media circus that consumed the news cycle for the next eighteen months would forever change the world's opinion of O.J. Simpson, despite the fact that when the jury, after nearly a year of sequestration, came to their decision in just a few hours: Not Guilty.

Half the public was convinced he'd gotten away with murder. The other half was equally convinced that the LAPD had, at best, bungled evidence, rushed to judgement, and that the State of California had prosecuted an innocent man while the real killer or killers got away. At worst, they felt the LAPD intentionally, through bias and mishandling and possibly even planting evidence, tried to pin the heinous crime on Simpson. Although at least a dozen books have been written about the O.J. Simpson trial, from every possible perspective from scholarly to sensationalistic, The Truth About the O.J. Simpson Trial is the most revealing of the lot, partly because the writer was the Architect of the Defense, F. Lee Bailey. This account takes readers from the events of the night of the murders all the way to acquittal, including links to the full trial transcript, made available for the first time in one place on his website.

The Simpson case is an extreme example of how evidence and intention can be twisted to influence public opinion against the innocent, branding them for life as guilty of a crime they did not commit. Even now, twenty-five years later, the stigma, financial ruin, and assumed guilt shattered yet another life in the wake of tragedy.

Bailey shows definitively why the jury was correct in finding that the timeline of the evening made Simpson’s presence at the murder scene impossible, which eclipses the question “Did he do it?” and establishes that he simply could not have done it. This book reveals shocking evidence of mishandling of blood samples and other materials that formed the basis of the prosecution's case. Bailey includes convincing evidence that was not presented at the trial--including interviews, forensic results, and revelations about the case that have since been made. It brings many of the other principals – counsel, judge and witnesses – to life with fresh insights.

Scathing, controversial, and, yes, entertaining, The Truth About the OJ Simpson Trial will be read and studied by anyone interested in defending the innocent, the history of law enforcement in America, students of the Law, and all those who are still obsessed with "The Trial of the Century."

“Breezy, blunt and immensely readable… The fascination of books like this lies in the revelations of behind-the-scenes activity… splendidly done. Bailey doesn’t disappoint.” – Newsweek

“The impact of the mere narration is sensational. The wild and furiously funny description of the great Plymouth mail truck robbery of 1962 is alone worth 10 times the book’s price. Bailey’s recounting reads like a script by Damon Runyon.” – Chicago Sun-Times

“This book, a natural bestseller, needs no defense and you won’t rest until that proverbial last word.” –Kirkus Service

“Fascinating account of a celebrated career as a defense attorney. Each case is reconstructed with an explanation of defense moves. The result is a book as entertaining as it is informative.” – Illinois Herald

“If you want to have a ball, switch off Perry Mason and crack this book.” – Palm Beach Pictorial

“Must reading for all those who follow criminal cases. A great book by a great trial lawyer!” – Vincent T. Bugliosi, co-author of Helter Skelter

The Truth About the O.J. Simpson Trial

By the Architect of the Defense