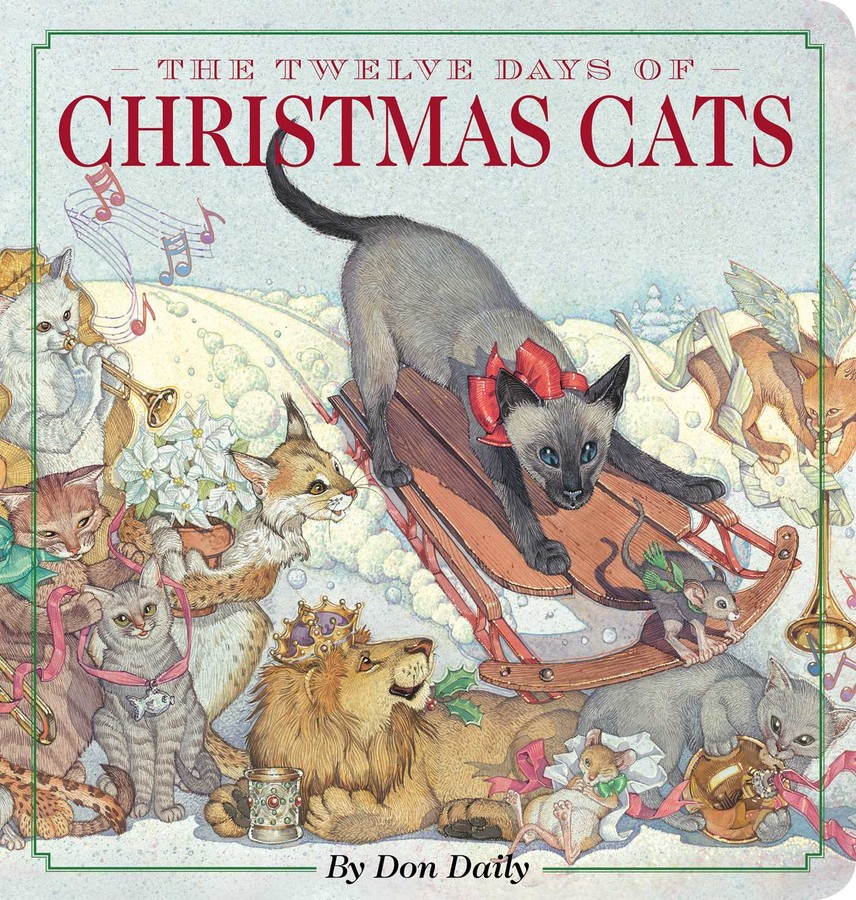 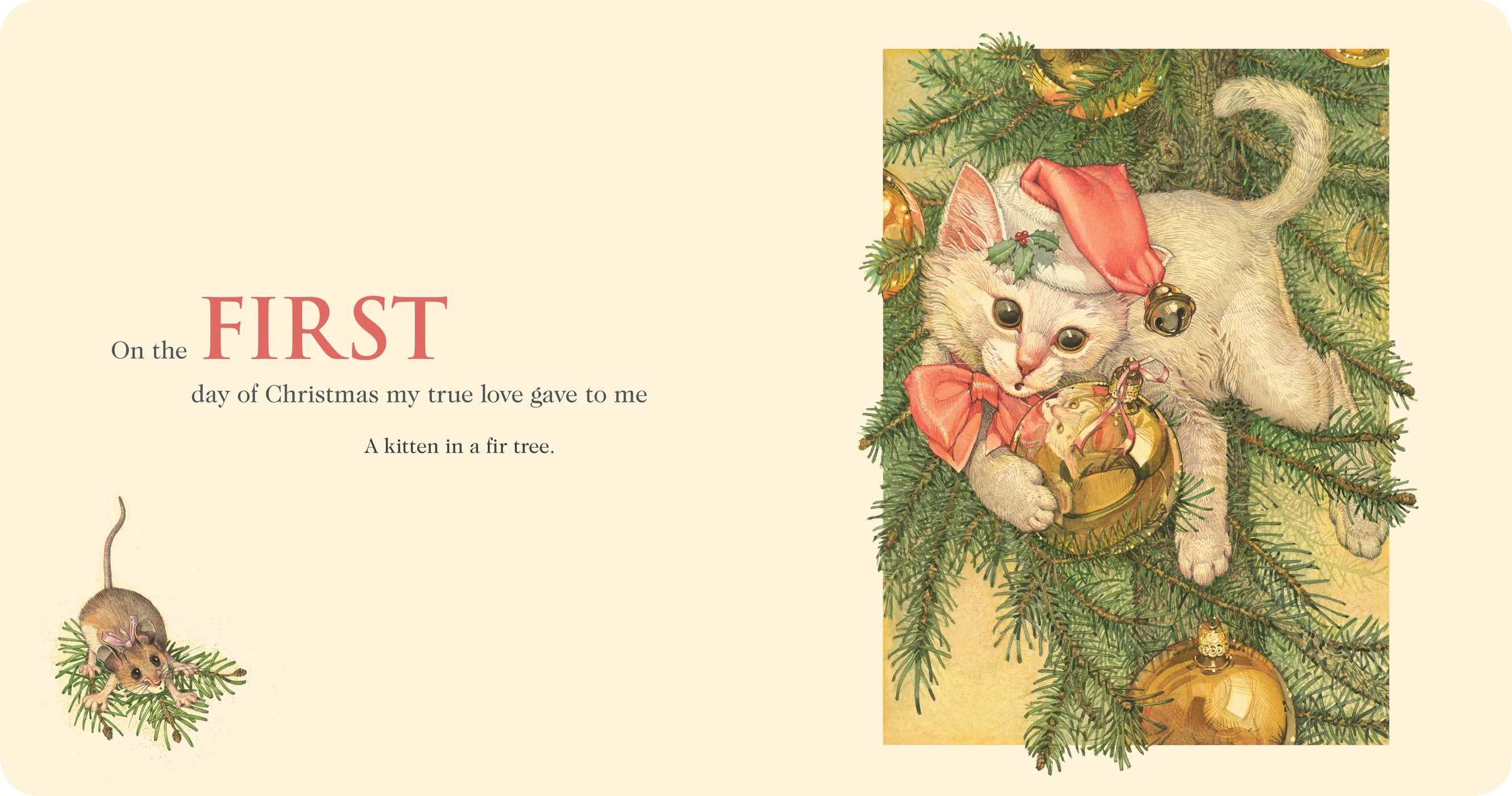 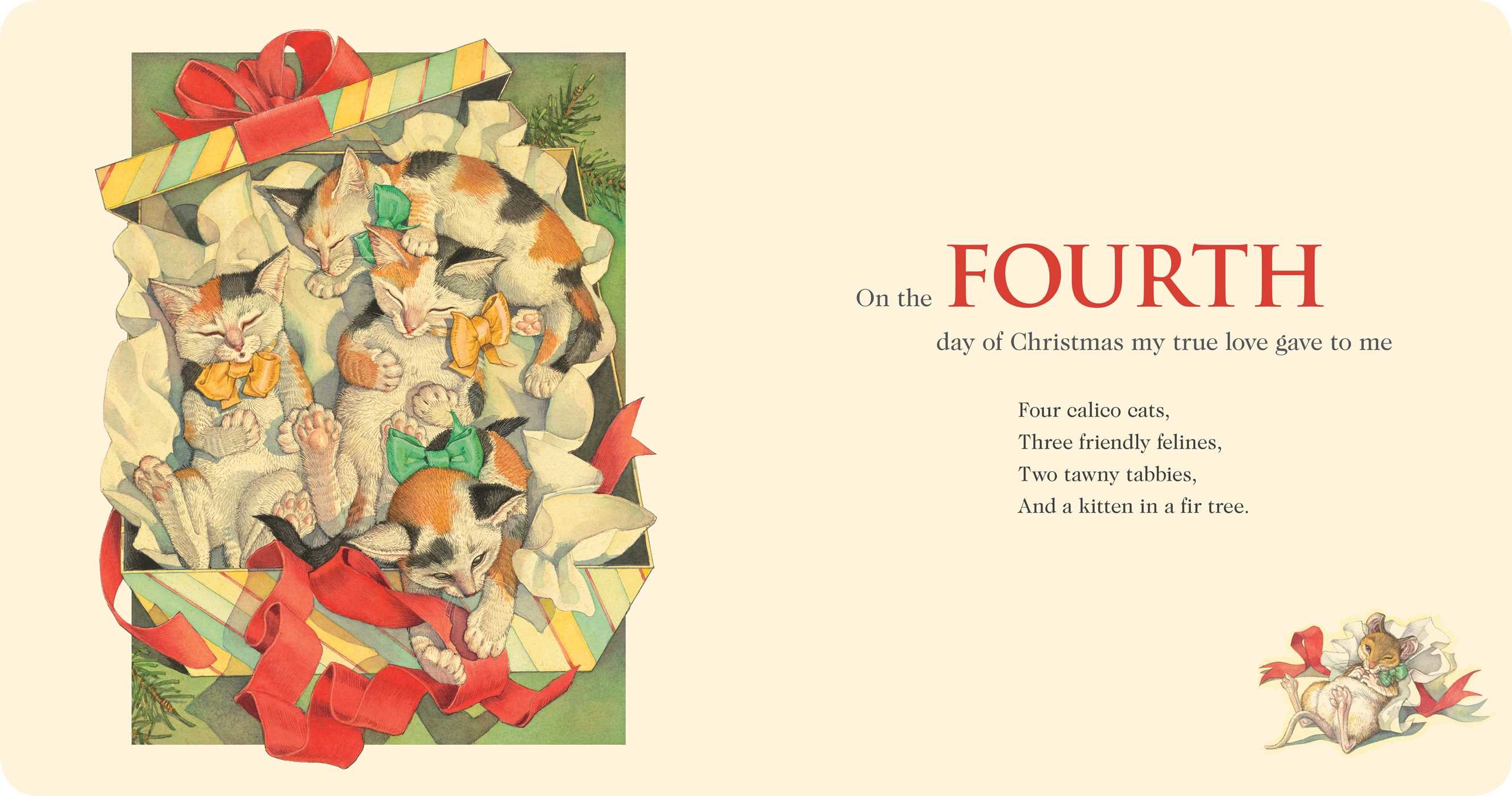 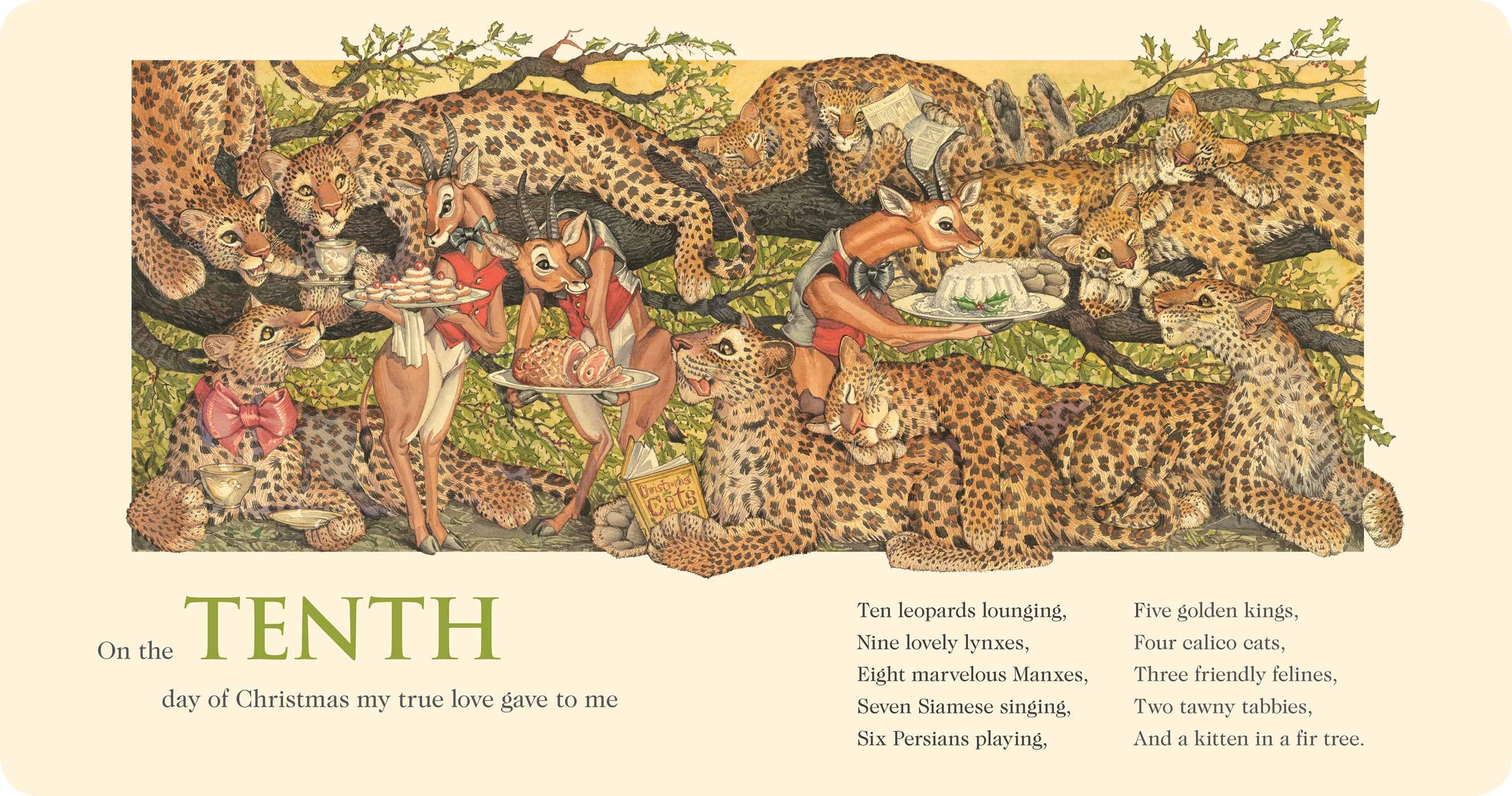 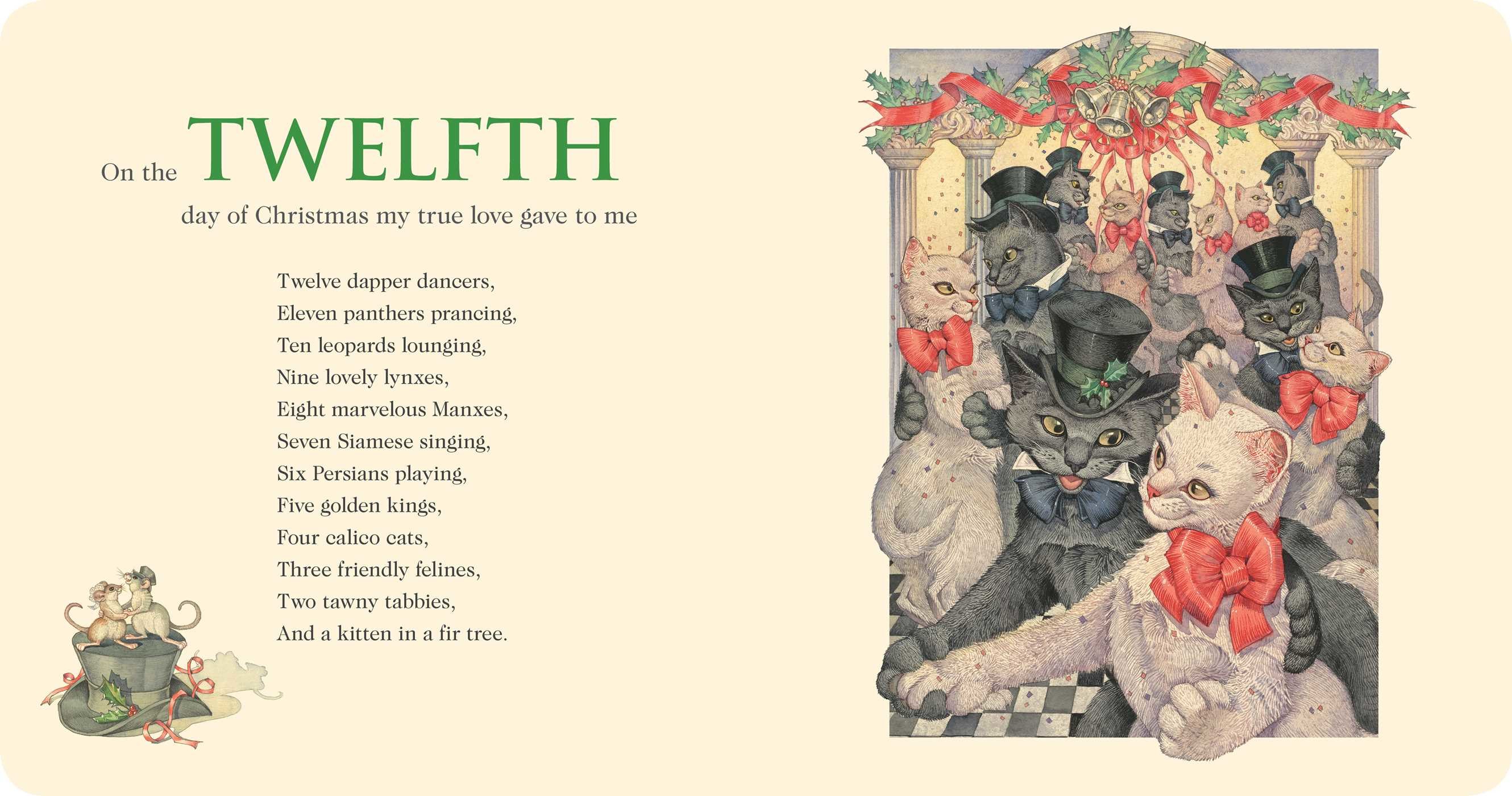 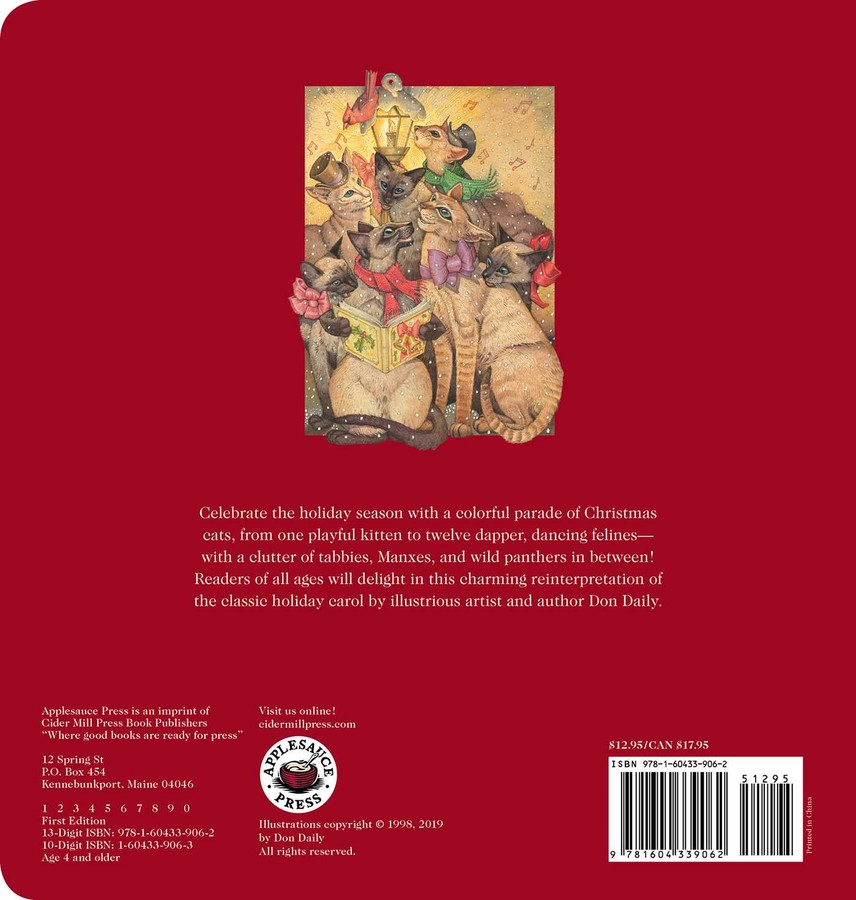 The Twelve Days of Christmas Cats Oversized Padded Board Book

Get ready for Santa Claws with this holiday classic perfect for children of all ages!

Don Daily’s legacy continues with this new edition of The Twelve Days of Christmas Cats, featuring all original illustrations of each of the twelve Christmas Cats in feline fashion. This special padded board book classic is sturdy, with rounded corners—perfect for little fingers and messes! This board book is the perfect tool to help young readers learn how to count, all with the help of adorable cats! Enjoy the traditional twelve days of Christmas poem like never before! Celebrate with Siamese, leopards, Persians, calicos, and kittens as they ring in Christmas cheer in this heartwarming classic.

A native of Trenton, NJ, Donald A. Daily served in the United States Navy for four years before attending Trenton Junior College. He continued his studies with a full Merit Scholarship to Art Center College of Design in Los Angeles and graduated in 1968 with a BFA in Illustration. Moving to Philadelphia, PA, he began his career as a freelance illustrator, represented by New York agents Frank and Jeff Lavaty. Over the next 24 years, he worked on national advertising, motion picture, and editorial accounts. Clients included: TWA, Equitoriana Airlines, Coleco Toys, U. S. Army National Guard, Weyerhauser Paper, Reader’s Digest Condensed Books, Spider Magazine, Highlights Magazine, Cosmopolitan Magazine, TV Guide, and the Franklin Library. He created covers for Dell, Fawcett, and Doubleday Publishers, and posters for “The Great Santini”, “California Suite”, “The Four Seasons”, “Roots”, and “Cheers”. In addition to his illustration work, Don painted private oil portrait commissions and was a Certified Member of the American Portrait Society. He was also an honored member of The New York Society of Illustrators, where his work appeared annually in juried shows. From 1989-1991, Don was an Instructor of Illustration at the University of the Arts in Philadelphia. In 1992, Don began working exclusively on children’s books, completing nine books for Philadelphia publisher Running Press and one for Dial Books before his death. Sales of his books currently reach almost 2,000,000 copies, in eight languages.

The Twelve Days of Christmas Cats Oversized Padded Board Book

More books in this series: Oversized Padded Board Books