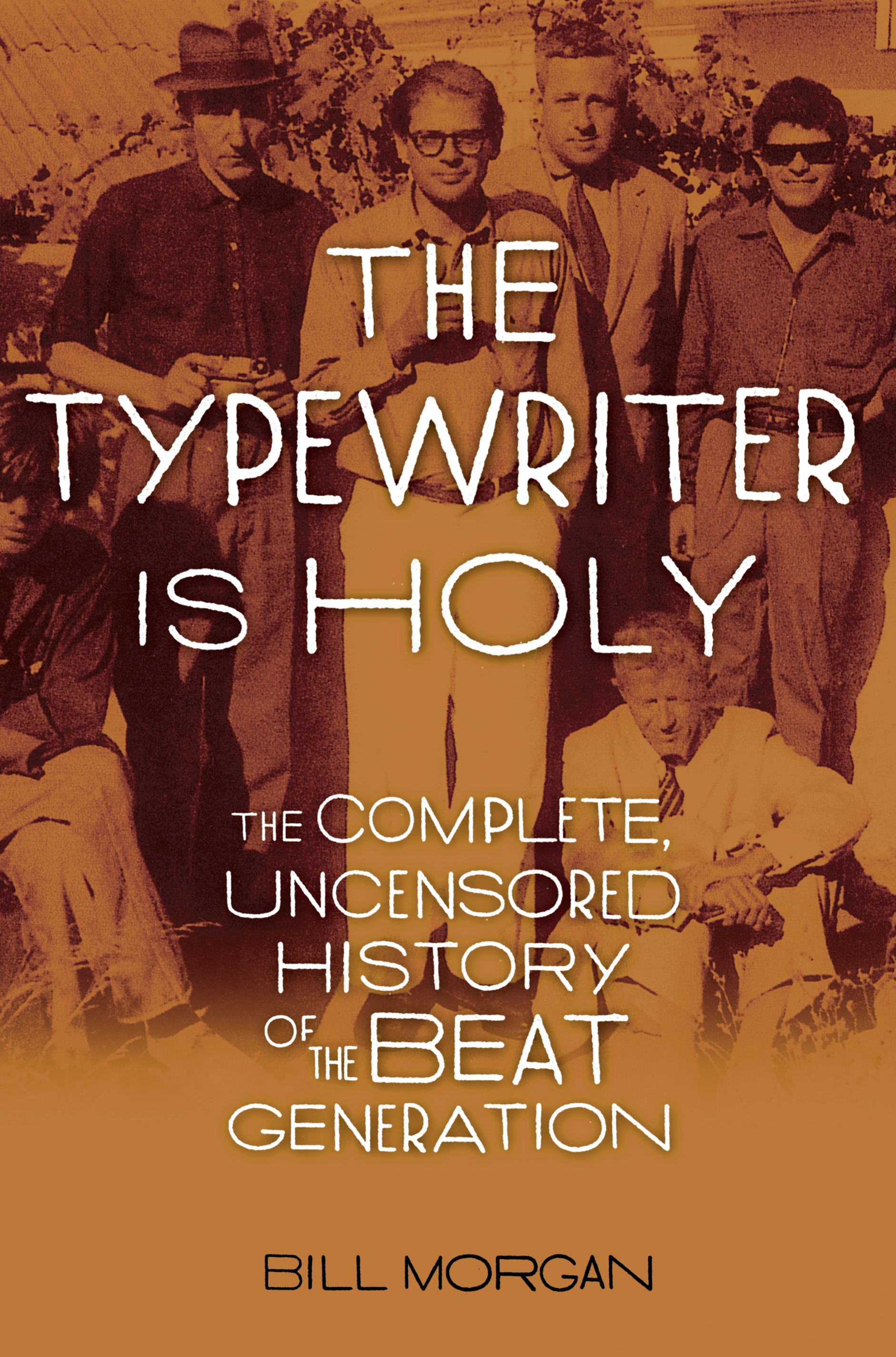 The Typewriter Is Holy

The Complete, Uncensored History of the Beat Generation

Anyone who cares to understand the literary and cultural ferment of America in the later twentieth century must be familiar with the writings and lives of those scruffy bohemians known as the Beat Generation.

In this highly entertaining work, Bill Morgan, the country’s leading authority on the movement and a man who personally knew most of the Beats, narrates the history of these writers as primarily a social group of friends, tracing their origins together during the World War II years to the full blossoming of their notoriety in the late 1950s to their profound influence on the social upheaval of the 1960s. Indeed, it is impossible to comprehend the sixties without first grasping the importance of the social ripples set in motion by the Beats a decade earlier.

Although their prose and poetry varied in style and for the most part did not represent a genuine literary movement, the Beats, through their words and nonconformist lives, collectively posed a challenge to the staid and complacent America of the postwar years. They believed in free expression, opposing all censorship; they dabbled in free love; they practiced Eastern philosophy, leading to an embrace in America of alternative forms of spirituality; sooner than others, they watched with dismay the increasingly heavy hand of military and corporate culture in our national life; they embraced the aspirations, as well as the lingo, of urbanized black Americans. They believed in the liberating influence of hallucinogenic drugs.

In short, the Beats were thoroughly American in their love of individual freedom. Perhaps it should come as no surprise that J. Edgar Hoover described them in 1960 as one of the three greatest threats to American security (after communism and intellectual "eggheads").

The story that Bill Morgan tells has less to do with sociology than with social mingling. He traces the closely knit friendships of the Beat luminaries Allen Ginsberg, Jack Kerouac, William S. Burroughs, and the small army of other names. Although Kerouac, author of the much loved novel On the Road, was the most famous of the Beat writers, it was Ginsberg, Morgan contends, who resided at the center of the group and for more than two decades provided it with cohesion and a sense of direction.

The Beats were not saints. They were sexually irresponsible, undependable in marriage (the movement could in fact fairly be described as misogynistic); they did too many drugs and consumed too much booze; the very quality that characterized their lives and writings—a fervent belief in spontaneity—destroyed some friendships. Indeed, Morgan’s story begins with a murder in New York’s Riverside Park in 1944.

Bill Morgan has provided a sweeping, indispensable story about these discontented free spirits. We watch their peripatetic lives, their sexual misadventures, their ambivalent response to fame. We are reminded above all that while their personal lives may have not have been holy, their typewriters and their lasting words very much were.

Bill Morgan is the author and editor of more than a dozen books about the Beat writers, including the acclaimed biography, I Celebrate Myself: The Somewhat Private Life of Allen Ginsberg. For nearly forty years he has worked as an editor and archival consultant for nearly every member of the Beat Generation including Allen Ginsberg, Lawrence Ferlinghetti, Jack Kerouac, Gary Snyder, Michael McClure, Diane Di Prima, Gregory Corso, William S. Burroughs, and Edie Kerouac. He lives in Vermont.

"The Typewriter is Holy is a wonderful romp, a totally engrossing history of the Beat generation, and those wildly colorful figures who brought about a seismic change in our culture. It makes sense of the intersecting lives of Allen Ginsberg, Neal Cassady, William Burroughs and others whose great adventures gave birth to the upheavals of the Sixties. No one alive knows these people as well as Bill Morgan does, and the result is a fascinating chronicle.”
—Dinitia Smith, author of The Illusionist and Remember This

“At long last we have a first-rate history of the Beat Generation! Bill Morgan’s The Typewriter Is Holy not only explores the enduring revolutionary appeal of Jack Kerouac, Allen Ginsberg, and William S. Burroughs but proudly brings marvelous lesser known Beat artists like Alan Ansen and Joanne Kyger into the Main Game mix. A masterful synthesis brimming with clarity and erudition”
—Douglas Brinkley, Professor of History at Rice University and editor of Windblown World: The Journals of Jack Kerouac, 1947-1954.

"Bill Morgan draws on an encyclopedic knowledge of the Beat writers to shine sober, sympathetic light into the dark corners of four tortured lives. His painfully personal profiles of Allen Ginsberg, Jack Kerouac, Neal Cassady and William Burroughs show how their misguided search for personal freedom trapped them in their own obsessions and addictions, yet also sparked an enlivening burst of creative genius."
-- Don Lattin, author of The Harvard Psychedelic Club: How Timothy Leary, Ram Dass, Huston Smith, and Andrew Weil Killed the Fifties and Ushered in a New Age for America.

The Typewriter Is Holy

The Complete, Uncensored History of the Beat Generation