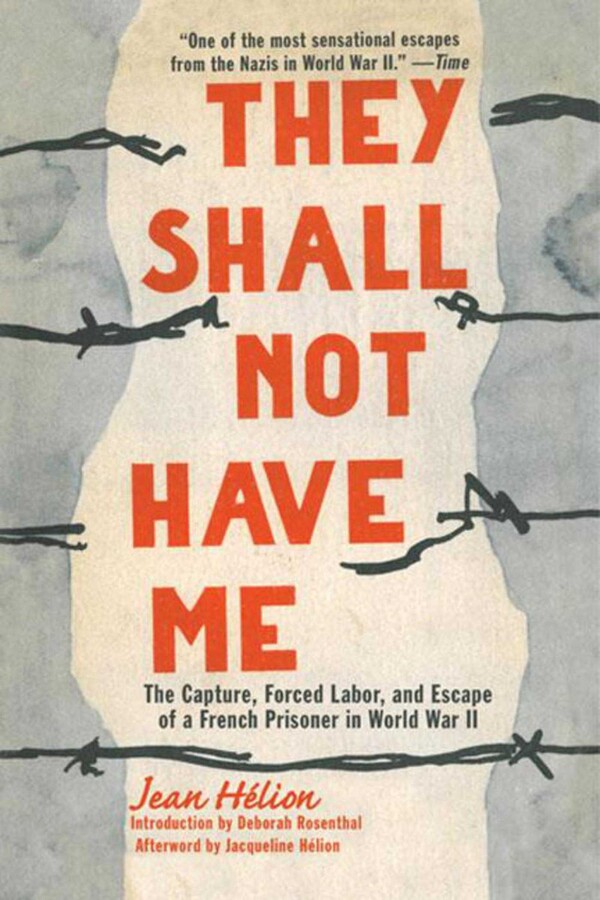 They Shall Not Have Me

The Capture, Forced Labor, and Escape of a French Prisoner in World War II

A daring story of imprisonment and escape under the Nazi regime and a moving and engrossing symbol of resilience and integrity.

The French painter Jean Hélion’s unique and deeply moving account of his experiences in Nazi prisoner of war camps prefigures the even darker stories that would emerge from the concentration camps. This serious adventure tale begins with Hélion’s infantry platoon fleeing from the German army and warplanes as they advanced through France in the early days of the war. The soldiers chant as they march and run, They shall not have me!” but are quickly captured and sent to hard labor.

Writing in English in 1943, after his risky escape to freedom in the United States, Hélion vividly depicts the sights, sounds, and smells of the camps, and shrewdly sizes up both captors and captured. In the deep humanity, humor, and unsentimental intelligence of his observations, we can recognize the artist whose long career included friendships with the likes of Mondrian, Giacometti, and Balthus, and an important role in shaping modern art movements. Hélion’s picture of almost two years without his art is a self-portrait of the artist as a man.

"A meticulously observed description of the lives of French POWs as virtual slaves of the Third Reich, with vivid delineations of both captors and captives." --The Wall Street Journal

"A meticulously observed description of the lives of French POWs as virtual slaves of the Third Reich, with vivid delineations of both captors and captives." --The Wall Street Journal

They Shall Not Have Me

The Capture, Forced Labor, and Escape of a French Prisoner in World War II