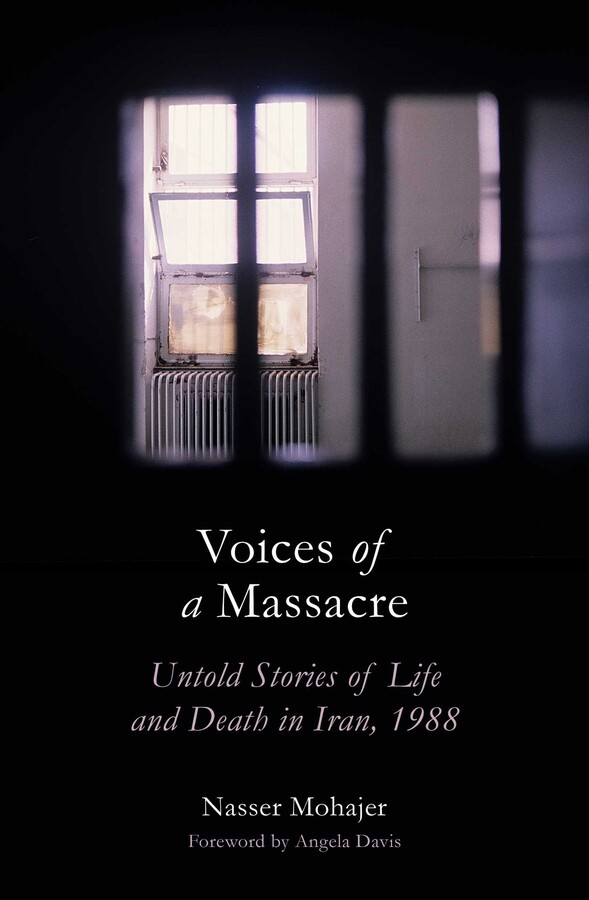 Voices of a Massacre

Untold Stories of Life and Death in Iran, 1988

In July 1988, the Islamic Republic of Iran agreed to bring an end to the brutal eight-year war with Iraq. Over the next two months, under the orders of Supreme Leader Ayatollah Khomeini, political prisoners around the country were secretly brought before a tribunal panel that would later become known as the death commission. They were not told what was happening and did not know that one ‘wrong’ answer concerning their faith or political affiliation would send them straight to the gallows.

Thousands of men and women were condemned to death, many buried in mass graves in Khavaran Cemetery in the vicinity of Tehran.

Through eyewitness accounts of survivors, research by scholars and memories of children and spouses of the deceased, Voices of a Massacre reconstructs the events of that bloody summer. Over thirty years later, the Iranian government has still not officially acknowledged that they ever took place.

‘Once again the lesson must be learned that not all massacres are reported and acknowledged as the brutal and systematic killings that they are. What geopolitical reasons are there for having kept the history of the Great Massacre of 1988 in Iran from being told? This indispensable volume, Voices of a Massacre, takes the reader through that history, exposes the well-constructed oblivion to which this history has been consigned, and assembles the testimonies of political prisoners and those who mourn their losses. It documents the various arduous efforts to appeal to the government, the media, and international authorities to recognize and condemn this crime, and weaves together the acts of resistance among those who are fighting for this history to be told and known. This is an urgent and belated book that draws on multiple archives to establish the systematic death-dealing of the late 1980s in Iran, as well as the unforgivable and complicitous silence on this period of lethal violence. That history is established through many voices and genres, all of which constitute a living testimonial, a collective act of mourning, and a resounding call for justice.’

– Judith Butler, Maxine Elliot Professor of Comparative Literature, University of California, Berkeley, and author of Precarious Life and The Force of Nonviolence

‘Nasser Mohajer writes for the same reasons as George Orwell—“desire to see things as they are, to find out true facts and to store them up for the use of posterity”. This is an invaluable testimony to the shameful 1988 prison massacres that the authorities denied, regime historians tried to vaporize, and many others either minimized or glossed over its medieval essence. The Inquisition that oversaw the mass executions was not only horrific but also unprecedented in the whole of Iran’s long history.’

‘Voices of A Massacre is a testament to the human capacity to resist, survive, remember, and respond ethically to others—even at the very limit of what a person can bear. It is gut-wrenching and difficult to read, and that is precisely why we must read it, as slowly and carefully as necessary to absorb what has happened and to grasp what must be done. The book is a truly amazing achievement.’

‘Voices of a Massacre is an unsparing account of Untold Stories of Life and Death, vital for understanding the cruelty of the Islamic Republic of Iran, yet unique in presenting human qualities of resistance, hope, despair, and fear under the condition of imprisonment. Through insightful narrations one can imagine and sense people’s desire for survival when pushed to life’s extremes. An agonizing, but not-to-be-evaded read.’

‘Voices of a Massacre is a valuable response to the “duty of memory”. Through both analysis and testimony, it provides a profound series of reflections on the shocking 1988 mass killing of political prisoners that continues to cast a long shadow on the people of Iran. By surfacing the historical truth, this unique collection helps confront the culture of denial and impunity that stands in the way of a better future built on the supremacy of human rights.’

– Payam Akhavan, Professor of International Law, McGill University, and author of In Search of a Better World

Voices of a Massacre

Untold Stories of Life and Death in Iran, 1988