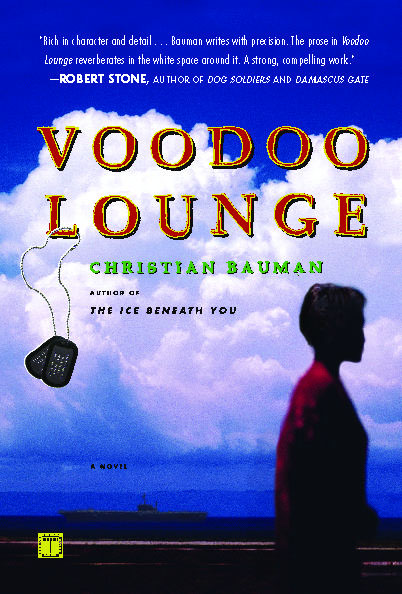 Tory Harris and Junior Davis were in love -- a fierce, drunk barracks love that finally exploded in deception and betrayal. When their paths cross again it is the opening days of the U.S. invasion of Haiti -- the strangest of America's "little wars" of the 1990s. Rooted in the inner struggles of its characters and the weight of their secrets, Voodoo Lounge is the story of addiction in a triangle: Harris, a young, driven sergeant, the only female in her detachment; Davis, the disgraced former soldier whose tragedy burns all it touches; and Marc Hall, a Haitian-American intelligence officer sent to occupy his mother's homeland.
In living, detailed portraits, the novel segues through an army boat, an old missionary ship, the depths of a Haitian prison, and a squatters' camp in the shadow of an HIV hospital. Voodoo Lounge emerges as a novel of longing and love, of excess and bareness, of betrayal flowing in the blood, and the cold, blind passion for redemption.

By clicking 'Sign me up' I acknowledge that I have read and agree to the privacy policy and terms of use. Free ebook offer available to NEW CA subscribers only. Offer redeemable at Simon & Schuster's ebook fulfillment partner. Must redeem within 90 days. See full terms and conditions and this month's choices.
Voodoo Lounge

1. Both the natural environment and the political climate of Haiti are described throughout the novel. How does the contrast between the two contribute to the story? Are there any aspects of the natural world in Haiti that reflect the characters?
2. Discuss Tory's character. What motivates her to join the Army? Do you think she is a good soldier? Why or why not? Why do you think she chooses, unlike the other female soldiers in the book, to cut her hair short? How does Tory differ from the civilian women in the novel, such as Lorraine and Pastor?
3. How is the dynamic between male and female soldiers explored within the novel? Discuss the relationship between Tory and her fellow male soldiers, in particular Dick Wags. Examine the sexual energy between Tory and Marc Hall. What is it that draws them to each other, and do you think the war-zone setting has an effect on their attraction?
4. Discuss the incident in basic training that happened between Drill Sergeant Hoya and the trainee from Tory's platoon named Smith. What effect does this have on Tory and the other female soldiers? What do you think of the platoon's ostracism of Smith? What do you think of Drill Sergeant Chase's reaction to it?
5. Bauman describes Tory's relationship with Junior Davis this way:

What does this passage illustrate about their relationship? How much of an impact do you think their alcohol use had on their overall relationship and its eventual demise?
6. Marc Hall is a unique character, an American officer of Haitian descent deployed to occupy Haiti. Do you think there is an inherent conflict in that, and if so, how does he deal with it? Do you think his misinterpretation of the American mission in Haiti is inevitable, given his ancestry, or simply naive? The novel hints at divorce and a problem with depression; how do these affect Hall's interpretations and actions?
7. Discuss Pastor's character. Do you think she is in love with McBride, or has she simply come to rely on him? What motivates her to continue with her maritime ministry? Why do you think she chooses to stay in Haiti at the end of the novel?
8. He took a drag on his cigarette, then poked his finger at Scaboo. "My little roomdog, you're a hired gun. Nothing noble about it." He spread his arms. "We're noble, mind you. We're the goods...We're American soldiers." He hissed the word, drawing it out. The group was silent now, drunk and holding its breath. "But don't think what we do is noble. You're drawing a paycheck, is all. Taking a bullet." He stubbed out his smoke on a cold piece of pizza. "You're an offensive tool of the United States government. You ain't defending nothing."

Do you agree with this statement made by Junior Davis? Why or why not? Do you think it is a sentiment felt by others in novel? What does this say about Junior Davis? He was referring to the Gulf War; do you think this sentiment is applicable to current events in Iraq?
9. Why did Captain Hall make the decision to rescue Ben Narcisse from the Haitian prison? What effect did witnessing the horrible conditions in the Haitian prison and the families gathered at the HIV hospital have on Tory's final decisions?
10. How do both Junior Davis and Tory individually deal with their HIV infection? What do you think of Tory's delay in telling anyone of her condition? Was it justified? Does Junior Davis's mistaken impression that he didn't infect Tory change him in any way? Why do you think Lorraine chooses to stay with Junior Davis?
11. Why do you think the book is titled Voodoo Lounge? What does that part of the ship symbolize? 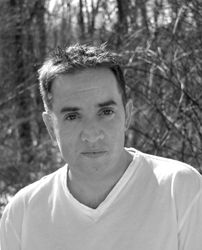 "Rich in character and detail...Bauman writes with precision. The prose in Voodoo Lounge reverberates in the white space around it. A strong, compelling work."
-- Robert Stone, Author of Dog Soldiers and Damascus Gate

"An intensely atmospheric novel, devastating and immediate. Christian Bauman is a writer with a voice all his own: passionate, energetic and unfailingly honest."
-- Regina McBride, author of The Nature of Water and Air

"When our generation started writing about war, we looked back to Heinemann, O'Brien, and Wolff -- when the next looks back, they'll be looking to Bauman."
-- Joel Turnipseed, author of Baghdad Express