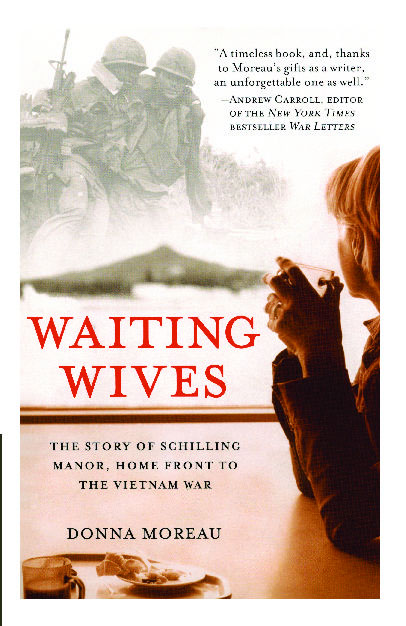 The Story of Schilling Manor, Home Front to the Vi

By Donna Moreau
LIST PRICE $17.99
PRICE MAY VARY BY RETAILER

In 1964, as the first B-52s took flight in what would become America's longest combat mission, an old Air Force base on the plains of Kansas became Schilling Manor -- the only base ever to be set aside for the wives and children of soldiers assigned to Vietnam. Author Donna Moreau was the daughter of one such waiting wife, and here she writes of growing up at a time when The Flintstones were interrupted with news of firefights, fraggings, and protests, when the evening news announced death tolls along with the weather forecasts. The women and children of Schilling Manor fought on the emotional front of the war. It was not a front composed of battle plans and bullets. Their enemies were fear, loneliness, lack of information, and the slow tick of time.

Waiting Wives: The Story of Schilling Manor, Home Front to the Vietnam War tells the story of the last generation of hat-and-glove military wives called upon by their country to pack without question, to follow without comment, and to wait quietly with a smile. A heartfelt book that focuses on this other, hidden side of war, Waiting Wives is a narrative investigation of an extraordinary group of women. A compelling memoir and domestic drama, Waiting Wives is also the story of a country in the midst of change, of a country at war with a war. 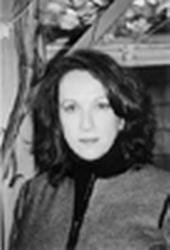 Donna Moreau was born in Fort Meade, Maryland, and raised on Army posts throughout the world. She now lives and writes in Leominster, Massachusetts. Waiting Wives is her first book. Donna Moreau can be contacted at waitingwives.com or at donamore@aol.com.

"Donna Moreau deserves a medal for rescuing a lost chapter of the history of the Vietnam War."
-- Patricia O'Toole, author of When Trumpets Call

"A tragically timely and overdue book. Moreau is more than a chronicler. Her fine writing and sense of tension leaves us with the indelible after-image of the wives of men fighting an unpopular war overseas herding their children into their rooms and holding their collective breaths as an official car moves slowly down the street past bicycles on the front lawn looking for the house at which it will stop with the words: "It is my duty to inform you..."
-- Kate Webb, co-author of War Torn: Stories of War from the Women Reporters who Covered Vietnam

"Donna Moreau's lovely book carries us into a world defined by the exquisite longings of the heart, teaching us that a certain dignity and holiness attend those who wait bravely for the return of love."
-- Don J. Snyder, author of Of Time & Memory

"Waiting Wives casts light on one of the most overlooked aspects of all wars -- the anxiety, loneliness, and resilience of the military wives on the homefront. Donna Moreau, who knows this world from personal experience, illuminates this story with great candor, humanity, and humor. This is a timeless book, and, thanks to Moreau's gifts as a writer, an unforgettable one as well."
-- Andrew Carroll, editor of the New York Times bestseller War Letters: Extraordinary Correspondence from American Wars

"In the Vietnam War men volunteered and were also drafted. Today we have an 'all-volunteer' military. One thing has not changed. When our soldiers go to war they still take the hearts of their families with them. In this moving book Donna Moreau illumines the soul of the American military family. As the father of a Marine who recently deployed to the Middle East I identify deeply with the brave women and children of Schilling Manor who lived through days that felt like lifetimes."
-- Frank Schaeffer, author of Faith Of Our Sons: A Father's Wartime Diary and Keeping Faith: A Father-son Story About Love and the United States Marine Corps

"So much of what we know about women during wartime comes from contrived, one-dimensional images of dutiful wives left behind, making do, while their husbands are off performing the brave, important work of war. In the stories of her own mother and the other wives of Schilling Manor, Donna Moreau erases those stock characters, replacing them with surprising portraits of women and their children finding ways to live for years and even decades through an often-ignored kind of hell of war. Waiting Wives gives voice to the struggles, heroism and transformations just below the surface, as these American women endure the minute-by-minute, day-by-day slow torment of waiting, hoping and not knowing, during the Vietnam War."
-- Emily Yellin, author of Our Mothers' War: American Women at Home and at the Front During World War II

The Story of Schilling Manor, Home Front to the Vi

By Donna Moreau
LIST PRICE $17.99
PRICE MAY VARY BY RETAILER