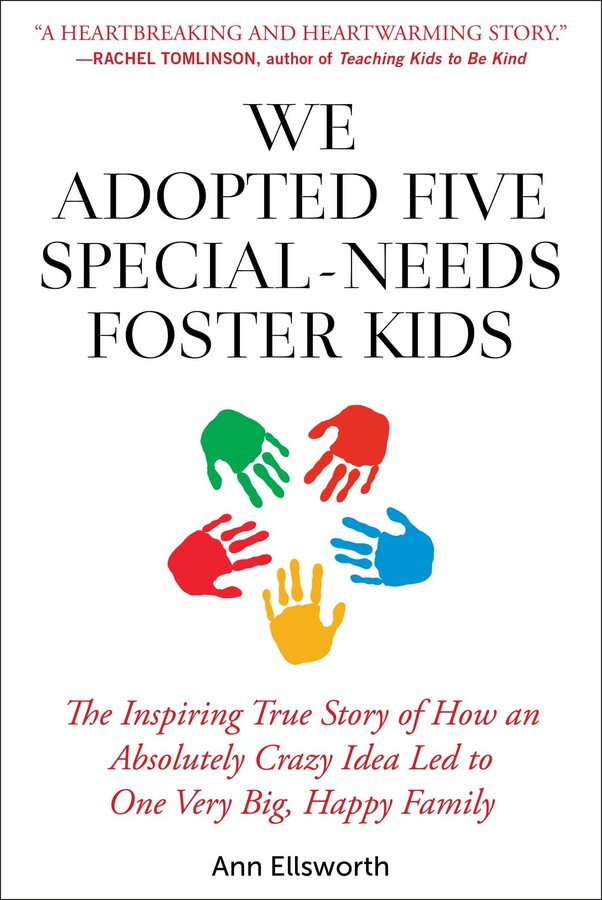 The Inspiring True Story of How an Absolutely Crazy Idea Led to One Very Big, Happy Family

A powerful memoir about the joys and pains of making a family.
In 2008, Ann and Dan made the life-altering decision to start a family. In their mid-forties and inspired by various stories that they had heard, the couple decided to adopt special needs children through foster care. Not wanting to separate siblings, Ann and Dan’s family eventually grows to seven, first with the adoption of Jimmy and Ruby, and then Jason, Susie, and Anthony.


But, the transition was not without its challenges. The children, aged five to ten years old, had been neglected, abused, and diagnosed with behavioral, cognitive, medical, and psychiatric conditions, none of which could be treated medically. Their first months in their new home were intense, overwhelming, and on occasion, violent. With numerous outbursts and incidents, Ann and Dan’s patience and resolve were constantly tested. But slowly, when surrounded with stability, warmth, compassion, and love, the children settled in and became a family.


Poignant and heartfelt, We Adopted Five Special-Needs Foster Kids is for any reader who has ever been part of a family.

"Ann Ellsworth’s memoir, We Adopted Five Special-Need Foster Kids, is a brave, poignant account of enduring love and dedication in the face of truly overwhelming challenges. Anyone contemplating parenthood, or seeking an understanding of how child rearing can be a process of healing damaged souls, will be amply rewarded by reading this heartfelt, courageous book." —Stuart Isacoff, author of When the World Stopped to Listen: Van Cliburn’s Cold War Triumph and Its Aftermath

"Appreciating Ann Ellsworth as the brilliant classical French horn player she is, it is not surprising that she is also a clear, honest writer and a committed humanitarian. What IS surprising is the extent to which she has challenged herself to honor and balance these related but intensely demanding callings. If more people put themselves to the test the way Ann and her husband have, our world would be an infinitely more loving and peaceful place.” —Thea Musgrave, award-winning orchestral composer and Guggenheim fellow

"We Adopted Five Special-Needs Foster Kids is both wholly heart wrenching and full of beautiful, decisive love. It’s brutal, yet tender and an incredible read for anyone raising children, whether they be biological or otherwise.” —Jennifer Browne, author of Understanding Teenage Anxiety

"A heartbreaking and heartwarming story. Ann’s frank memoir about adoption shows the strength, determination, and humor it takes to be a mother to five special kids. A beautiful reminder that a parent doesn’t have to be biological to be considered a mother or a father." —Rachel Tomlinson, author of Teaching Kids to Be Kind

The Inspiring True Story of How an Absolutely Crazy Idea Led to One Very Big, Happy Family