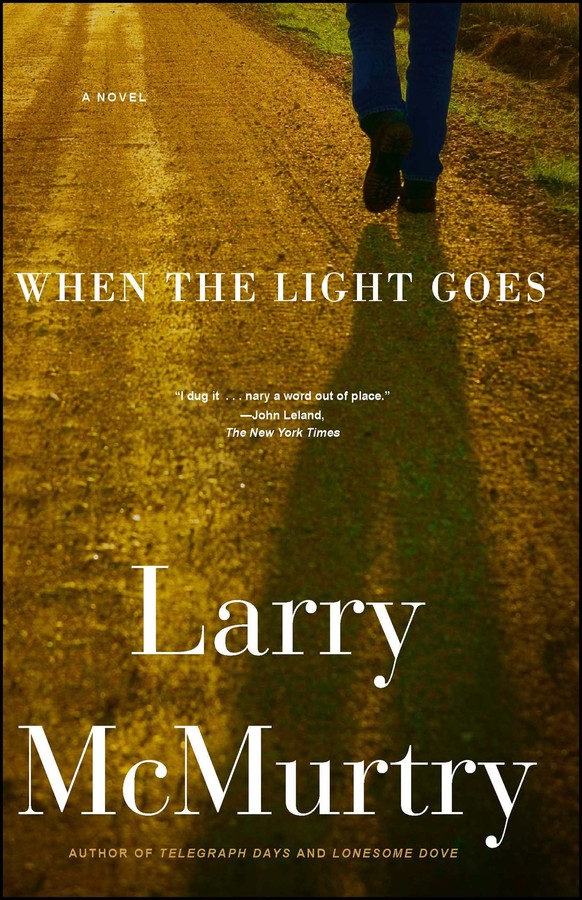 When the Light Goes

Back from a two-week trip to Egypt, Duane finds he cannot readjust to life in Thalia, the small, dusty West Texas hometown in which he has spent all of his life. In the short time he was away, it seems that everything has changed alarmingly. His office barely has a reason to exist now that his son Dickie is running the company from Wichita Falls, his lifelong friends seem to have suddenly grown old, his familiar hangout—once a good old-fashioned convenience store—has been transformed into an "Asian Wonder Deli," his daughters seem to have taken leave of their senses and moved on to new and strange lives, and his own health is at serious risk.

It's as if Duane cannot find any solace or familiarity in Thalia and cannot even bring himself to revisit the house he shared for decades with his late wife, Karla, and their children and grandchildren. He spends his days aimlessly riding his bicycle (already a sign of serious eccentricity in West Texas) and living in his cabin outside town. The more he tries to get back to the rhythm of his old life, the more he realizes that he should have left Thalia long ago—indeed everybody he cared for seems to have moved on without him, to new lives or to death.

The only consolation is meeting the young, attractive geologist, Annie Cameron, whom Dickie has hired to work out of the Thalia office. Annie is brazenly seductive, yet oddly cold, young enough to be Duane's daughter, or worse, and Duane hasn't a clue how to handle her. He's also in love with his psychiatrist, Honor Carmichael, who after years of rebuffing him, has decided to undertake what she feels is Duane's very necessary sex reeducation, opening him up to some major, life-changing surprises.

When the Light Goes reminds everyone that where there's life, there is indeed hope. At once realistic and life-loving, often hilariously funny, and always moving, Larry McMurtry has written one of his finest and most compelling novels to date, doing for Duane what he did so triumphantly for Aurora in Terms of Endearment.

When the Light Goes