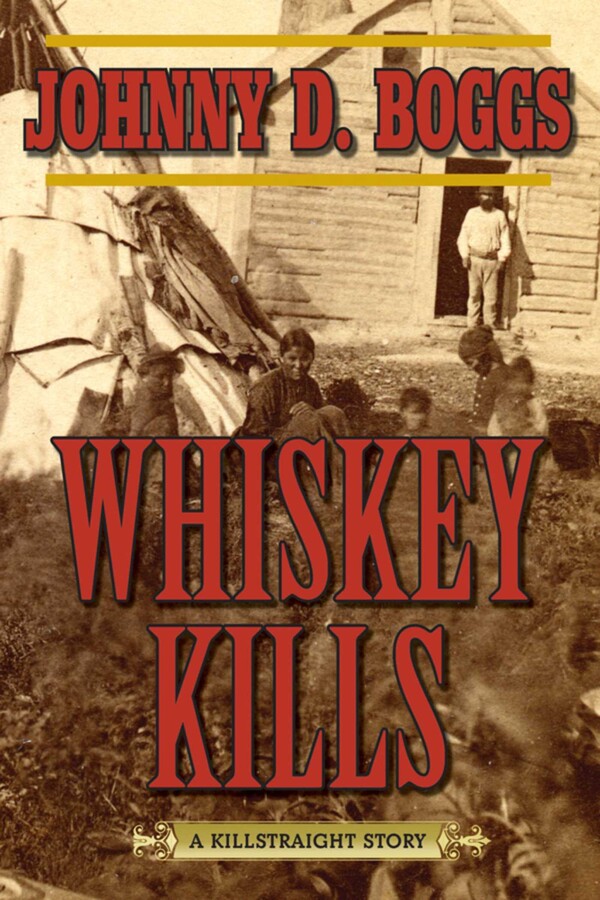 His Arrows Fly Straight into the Hearts of His Enemies was the Comanche name given him by his father. But the Pale Eyes gave him a new name, Daniel Killstraight, and that was the name by which he was known after his return to the reservation of the Kowas, Comanches, and Apaches. He became a native police officer, called a Metal Shirt by the Indians.

When Toyarocho, drunk on contraband whiskey, rolls over onto the body of his four-year-old daughter, smothering her to death, Leviticus Ellenbogen, the new Indian agent, is appalled and wants Killstraight to find out who supplied Toyarocho with the whiskey. If it was a white man, Killstraight cannot make an arrest, but he can collect evidence. There is one clue. The whiskey Toyarocho had drunk was in a ginger beer bottle manufactured by Cox and Coursey Bottling Works of Dallas, Texas.

In the course of his investigation, Killstraight finds additional instances of whiskey running among the Indians, all of it in the same kind of bottles. But Killstraight is working against impediments other than not being able to arrest a white man. Teepee That Stands Alone, the dead girl’s grandfather, perhaps knows something, but he will not share it with a Metal Shirt.

If Killstraight leaves the reservation in the course of his investigation, he will have no authority at all. And the white men involved undertake to have Killstraight jailed for numerous infractions against territorial and federal laws as an opening strategy. There is an even more certain way of making sure that Killstraight’s investigation is stoppedpermanentlyand that is by killing him.

Skyhorse Publishing is proud to publish a broad range of books for readers interested in fiction that takes place in the old West. Westernsbooks about outlaws, sheriffs, chiefs and warriors, cowboys and Indiansare a genre in which we publish regularly. Our list includes international bestselling authors like Zane Gray and Louis L’Amour, and many more. While not every title we publish becomes a New York Times bestseller or a national bestseller, we are committed to books on subjects that are sometimes overlooked and to authors whose work might not otherwise find a home.