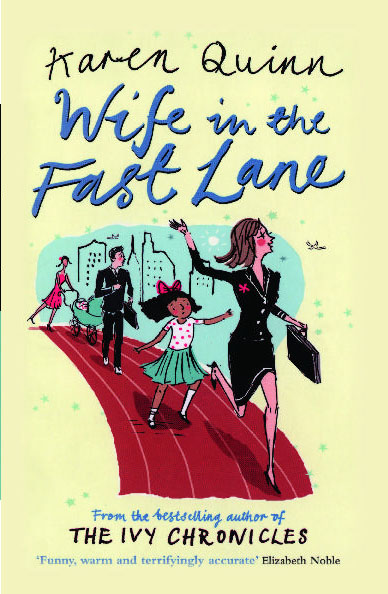 Wife in the Fast Lane

By Karen Quinn
LIST PRICE $19.99
PRICE MAY VARY BY RETAILER

Christy Hayes is a case study in successful living. She's won two Olympic gold medals, built a multimillion-dollar business, and landed a gorgeous and powerful CEO husband. But Christy's dream life begins to unravel when she inherits custody of an eleven-year-old girl named Renata. Suddenly she finds herself battling three formidable opponents: a treacherous business partner bent on ousting her from the company she founded, a ruthless stay-at-home mom who'll stop at nothing to maintain her PTA power base, and a stunning single woman scheming to steal her husband. Throw in the demands of one high-maintenance spouse and it's clear: something's got to give. But what? Her marriage? Her career? Her sanity?

INTRODUCTION
Former Olympic track star Christy Hayes has created a successful sneaker company from the ground up. Apart from being athletic, she's smart, beautiful, and married to a dashing entrepreneur. But when her beloved housekeeper dies and leaves behind her eleven-year-old granddaughter to raise, Christy soon learns the price to be paid for having it all. Though she's far from the mothering type, she tries her best to help the shy young girl acclimate to her new home by becoming like those fabulous city moms she runs into in Barney's or Bergdorf's. She begins by throwing herself headfirst into the treacherous waters of New York City private schools. All the while, trouble is looming on the horizon for her company. Can this two-time Olympic gold-medal winner strike a balance between her hectic career and chaotic home life? Will she create a life for herself that is true (or truer) to the person she really is?

1. Former Olympian Christy Hayes has turned her athletic expertise into corporate success. In what ways is she a good role model? In what ways could she improve?
2. At their cabin in Aspen, Michael tells Christy "There's no way we can take a child, not with our responsibilities and lifestyle. You promised me, Christy. This is the only thing I really asked you for." Is this the real reason Michael keeps his distance from Renata?
3. Although Christy had decided not to have children of her own, she is Renata's godmother, and she decides to adopt her. Why do you think Christy changed her mind? Did she make the right decision? What are the biggest challenges these two face? How did the fact that Christy lost her mother at such a young age affect her ability to mother Renata?
4. If you were in Christy's position, would you have done the same thing? What would you have done differently?
5. Do you think attending a private school like Colby will affect Renata in a positive or negative way?
6. Loving nanny Nectar Freedom tells Christy about the rule of two: "Love, career, children, pick two." Do you agree with her? Is it possible for today's women to have all three? What impediments stand in the way?
7. What do you think of Michael and Christy's relationship? Did you believe him when he denied the alleged affair with Galit?
8. Why do you think Katherine, after years of friendship with Christy, decides to covertly work against her and have her removed as the head of Baby G.? 9. Why is it important to Christy to impress Brownie Rich? Does everyone have a Brownie in his/her life? Do you think Katherine, Galit, and Brownie got their just deserts?
10. What was your first reaction when Renata's relatives arrived from Mexico? Why do you think Renata bonds with Mrs. De Mille?
11. What do Christy and Renata have in common? How does Renata's reading Harriet the Spy ultimately help Christy?
12. Did Christy make the right decision by not returning to Baby G.? Why or why not?
13. Were you surprised to discover that Christy is pregnant at the end of the book? How do you think this newly merged family will fare?
14. What factors make someone a "wife in the fast lane"? Do you consider yourself to be one? If yes, do you find this role rewarding?
15. In the past, the "conversation" was about whether or not women could do it all. Could they find balance? Is it time to reframe the question and ask ourselves how can we create lives that are true (or truer) to ourselves? We're so busy living complex lives, but are we fulfilling to do lists or are we doing things that are deeply meaningful to us, things we're passionate about? Is there something you are passionate about that is getting short shrift in your busy life? What would you change if you could? What is stopping you?
ENHANCE YOUR BOOK CLUB
1. Christy Hayes, a former Olympic athlete, started her own sneaker company and watched it grow into a hugely successful corporation. For your meeting, why not research other female athletes and see how many turned their athletic success into thriving businesses. Sports Illustrated's website is a great place to start: http://sportsillustrated .cnn.com/.
2. If your book club meets for dinner, assign a character to each member and have them bring a dish that their character would make or enjoy. For example, Renata was a fan of her grandmother's casserole and was proficient using Shake 'n Bake. Christy was more into healthy Asian foods, and Brownie would no doubt be a fan of haute cuisine.
3. Learn more about the author Karen Quinn by visiting her official site, www.karenquinn.net/. 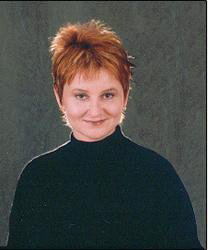 Karen Quinn has tutored scores of children and taught hundreds of parents how to work with their own kids to prepare them for the rigorous kindergarten admissions tests for Manhattan's most in-demand programs.  She has been a featured expert on school admissions on ABC's 20/20 and The View and in The New York Times, Forbes, Redbook, Woman's Day, and more. Karen is also the author of three novels: Holly Would Dream, The Ivy Chronicles and Wife in the Fast Lane. She lives in Miami, FL with her husband and two children. Visit her at www.karenquinn.net.

"I loved this book. Clever, funny, and a worthwhile emotional investment. Wife in the Fast Lane is not to be missed!"

"I learned two things from this novel: so this is how the other half lives and who knew it is possible to laugh while your jaw is dropping."

-- Claire Cook, author of Must Love Dogs and Life's a Beach

"Karen Quinn will have you punching the air in triumphant support of her heroine as she slays dragons on behalf of us all."

-- Elizabeth Noble, author of The Reading Group and The Friendship Test

"Packed with cheeky wit and spot-on scenarios, Wife in the Fast Lane is a must-read for any women who knows what it's like to have to balance a laptop and a baby at the same time."

-- Bonnie Fuller, editorial director and EVP of American Media Inc., publisher of Star magazine, and author of The Joys of Much Too Much

Wife in the Fast Lane

By Karen Quinn
LIST PRICE $19.99
PRICE MAY VARY BY RETAILER