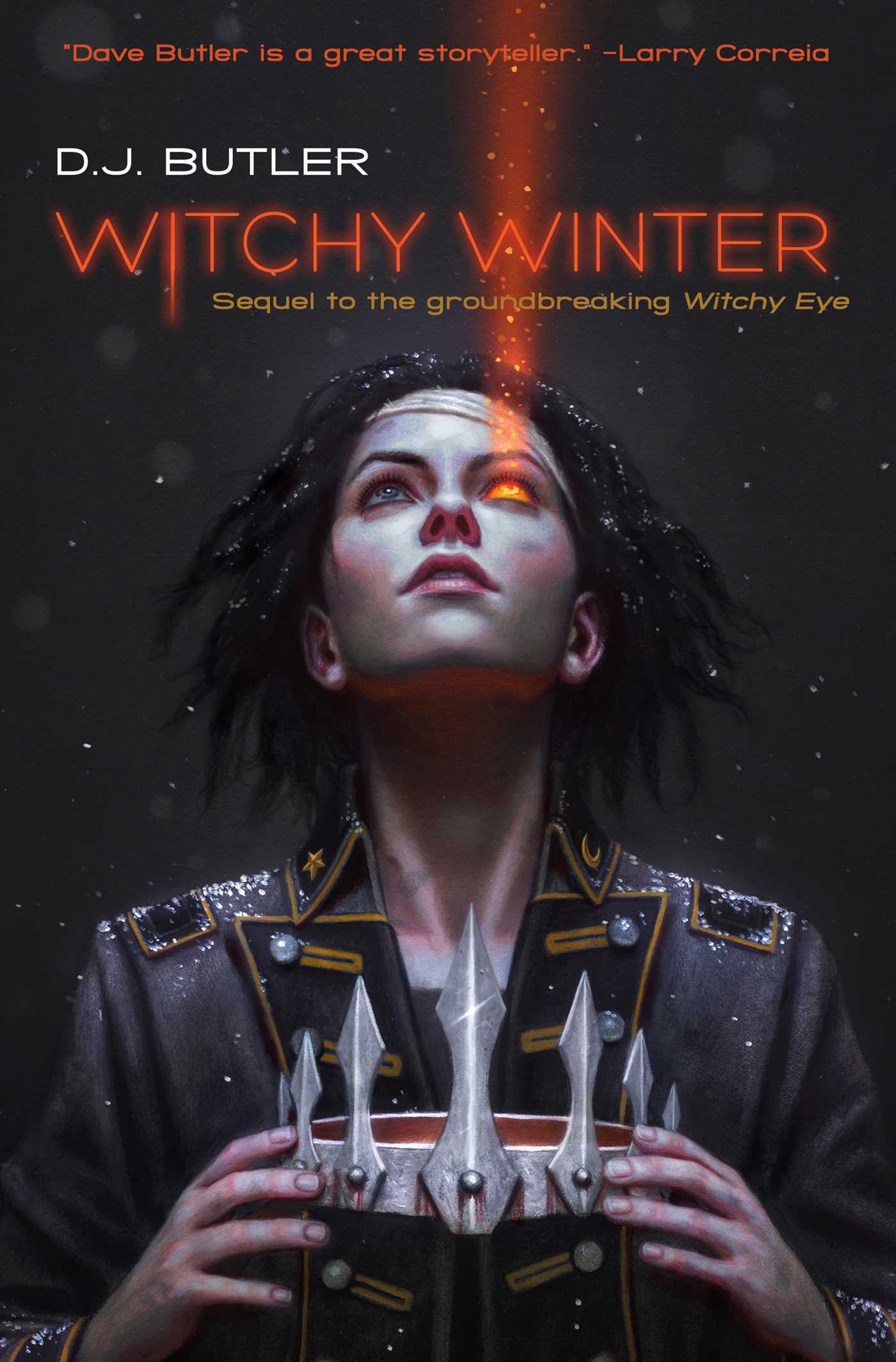 SEQUEL TO WITCHY EYE. Next in series, which debuted with the stunningly reviewed Witchy Eye. Butler delivers another brilliant Americana flintlock fantasy novel.

Sarah Calhoun paid a hard price for her entry onto the stage of the Empire of the New World’s politics, but she has survived. Now Sarah rides north into the Ohio and her father’s kingdom, Cahokia. On the way, Sarah must master her own people’s inscrutable folkways if she has any hope of capturing the Serpent Throne. To do so she’ll have to defeat seven potent candidates, each drawn to the chance to acquire supreme power over the land itself. Finally, Sarah must learn the will of a hidden goddess if she hopes to avoid destroying her own soul in the attempt to claim her birthright.

The continent has become the domain of ancient folkways, shamanic kings, renegade generals, and magic-wielding priests. All are part of a witch’s brew of shifting alliances seasoned with backwoods battles, barter with life and death in the balance, and deep magic drawn from the depths of the land itself.

Praise for Witchy Winter:
“Butler follows Witchy Eye with a satisfying second tale of a magic-filled early America. . . . Deep and old magic influences both places and characters, and the story is tightly focused on the determined Sarah . . . Fans of epic and alternate historical fantasy will savor this tale of witchery and intrigue.”—Publishers Weekly

"For readers who love history-based fantasy, steampunk, or urban fantasy. . . this series that gives the genre a new twist."—Booklist

“Excellent book. I am impressed by the creativity and the depth of the world building. Dave Butler is a great storyteller.”—Larry Correia

“Witchy Eye is an intricate and imaginative alternate history with a cast of characters and quirky situations that would make a Dickens novel proud.” —Kevin J. Anderson, New York Times bestselling author of Eternity's Mind

"Butler’s fantasy is by turns sardonic and lighthearted; ghoulish shadows claw into the most remote areas and heroism bursts out of the most unlikely people. Sarah is the epitome of the downtrodden hero who refuses to give up until she gets what she needs, and her story will appeal to fantasy readers of all stripes."—Publishers Weekly

"David's a pro storyteller, and you're in for a great ride."—Larry Dixon

"… a fascinating, grittily-flavored world of living legends. Hurry up and write the next one, Dave."—Cat Rambo, author of Beasts of Tabat

"Witchy Eye is  a brilliant blend of historical acumen and imagination, a tour-de-force that is at once full of surprises and ultimately heart-warming. This is your chance to discover one of the finest new stars writing today!"–David Farland, New York Times bestselling author

“A gritty, engrossing mash-up of history, fantasy, and magic. Desperate characters careen from plot twist to plot twist until few are left standing.”—Mario Acevedo, author of Rescue From Planet Pleasure

"[A] unique alternative-history that is heavily influence by urban and traditional fantasy and steeped in the folklore of the Appalachians. . . . Fans of urban fantasy looking to take a chance on something with a twist on a historical setting may find this novel worth their time."—Booklist

D.J. ("Dave") Butler grew up in swamps, deserts, and mountains. After messing around for years with the practice of law, he finally got serious and turned to his lifelong passion of storytelling. He now writes adventure stories for readers of all ages, plays guitar, and spends as much time as he can with his family. He is the author of City of the Saints, Rock Band Fights Evil, Space Eldritch, and Crecheling from Wordfire Press, and Witchy Eye and Witchy Winter from Baen Books. Read more about Dave and his writing at http://davidjohnbutler.com, and follow him on Twitter: @davidjohnbutler.