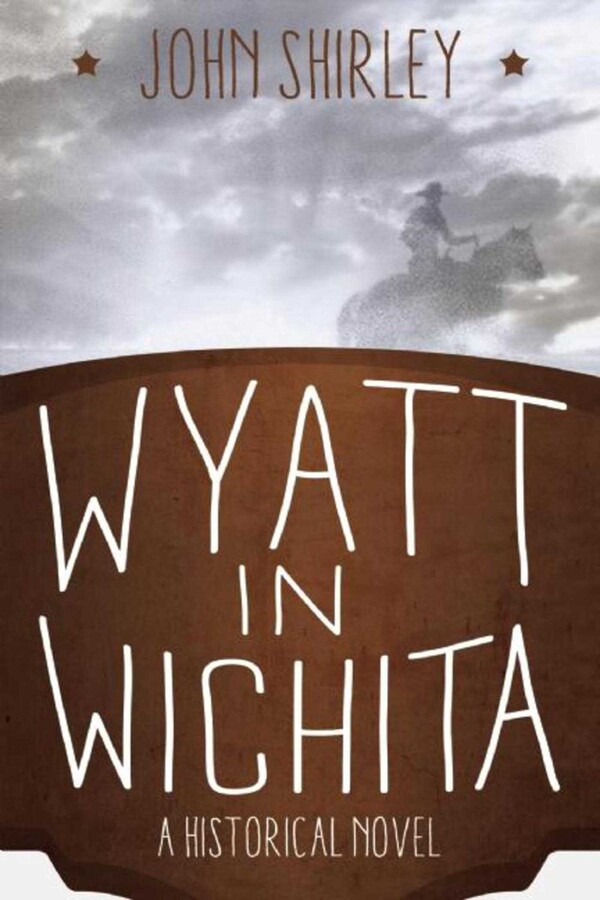 Author John Shirley turns his pen to the Wild West and the legendary Wyatt Earp!

Wyatt in Wichita fuses historical fact with fiction, following the adventures of the young Wyatt Earp. Following the tragic loss of his first wife in the Missouri of 1870 in his early days on the dark side of the West, Wyatt eventually makes his way to Ellsworth and Wichita, where by confronting corruption he would eventually finally find his life’s work as a tough lawman.

Could Wyatt Earp have known Billy the Kid when the kid was really just that? Could Wyatt have met up with Wild Bill Hickok in Deadwood? Using the sparse trails of historical evidence available to him, the lives of the famous and infamous intersect in Shirley’s novel, which revolves around Wyatt’s search for the murderer of an innocent young woman of Wichita. With Bat Masterson at his side, and bawdy girls about him in the smoky light of crowded saloons, Shirley explores the possible origins of the legendary figure who would forever remain synonymous with the Wild West.

Stemming from a true passion and interest in one of the Wild West’s most indelible characters, Wyatt in Wichita is a thrilling read and an imagined glimpse into a seldom-seen side of Wyatt Earp and the untamed frontiers of early America.