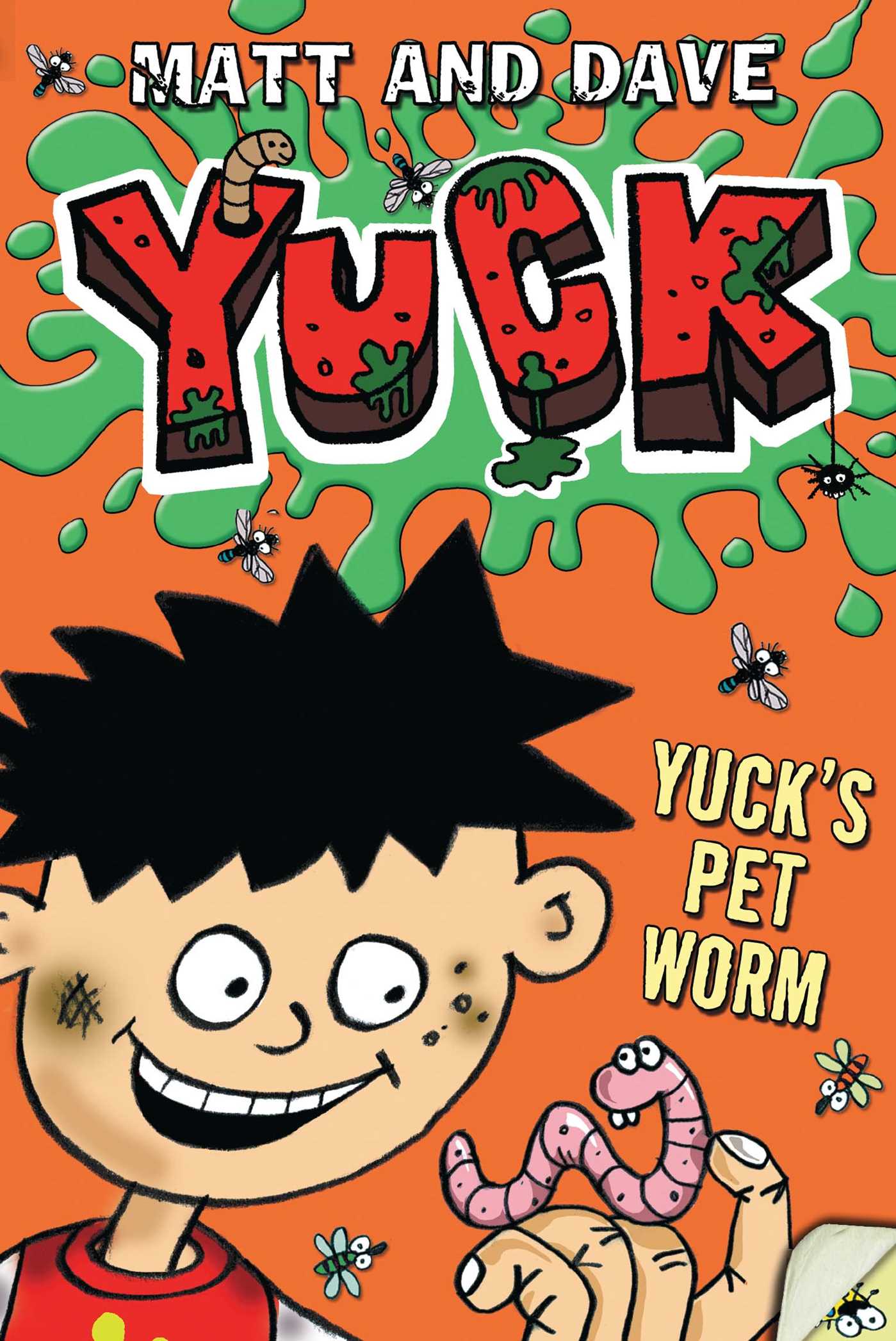 Yuck is the master of all things disgusting in these two tales—especially when he adds a squirmy pet and some gross-out tricks to the mix.

In “Yuck’s Pet Worm,” Yuck has a new pet—a worm called Fang. “Worms are disgusting!” his sister Polly says. “You can’t have a worm in the house!” Mom says. But Yuck thinks worms are awesome! But when he trains Fang to do disgusting tricks, things start to wiggle out of control….

In “Yuck’s Rotten Joke,” Polly’s report card is full of stars for good behavior, while Yuck doesn’t have any. He needs to score some by the end of the week, or he’ll be in BIG TROUBLE. Using his collection of practical jokes—from itching powder to Dogididapoo—can Yuck make sure he has the last laugh?


Yuck was wriggling across the living room carpet. Polly Princess walked in.

Yuck was playing with a worm.

He laid his hand on the carpet and the worm wriggled between his fingers and up his arm.

“You can’t have a worm for a pet. Worms are disgusting,” Polly said.

Polly sat on the sofa and opened her copy of Glitter Girl. “Why can’t you have a normal pet like a bunny or a puppy or a pony? One you can feed or teach tricks or ride.”

“Fang can do anything I tell him to.”

“Then tell him to go away,” Polly said.

“You’re just jealous,” Yuck told her, wriggling out of the living room.

“We’ll show her, Fang,” he whispered.

Yuck wriggled upstairs to the bathroom and grabbed the basket full of dirty laundry. He wriggled to Polly’s room and borrowed her recorder from her backpack. Then he wriggled to his bedroom and closed the door. Yuck placed the basket of laundry in the middle of his floor. He took the lid off and dropped Fang on top of the dirty clothes inside.

Fang wriggled through the pile of laundry.

Yuck picked up Polly’s recorder and sat cross-legged on the floor. He’d seen it done in a film—a snake charmer had hypnotized a snake.

“Prepare to be hypnotized, Fang,” he whispered. He put the recorder to his lips and blew.

“I’m a worm charmer. Come out, come out,” Yuck called.

As Yuck played, the pile of laundry began to wriggle.

Yuck kept blowing, and from the top of the basket, a slimy pink head appeared.

As Fang heard the sound of the recorder, he wriggled farther up out of the laundry.

“You are under my power,” Yuck whispered.

Yuck blew higher and higher notes on the recorder.

Fang rose higher out of the basket, standing tall, like he was being pulled by an invisible string.

Fang swayed from side to side, hypnotized!

“You will do anything that I say,” Yuck commanded.

At that moment, the door flew open. In walked Polly. “What are you doing with my recorder?” she asked.

“But you don’t play the recorder,” Polly said. She pointed at Fang. “And what’s that worm doing in the laundry basket?”

Fang was still swaying from side to side.

“None of your business,” Yuck told her.

She stomped out of Yuck’s room and down the stairs.

Fang wriggled down the side of the basket onto the floor. He wriggled through a pair of Yuck’s underpants and around a can of fart spray. He wriggled out of the door and down the stairs—tumbling head over tail, down each step and onto the next—until he reached the hallway.

Fang wriggled across the hallway to the living-room door.

“Go and annoy Polly,” Yuck whispered. Quietly, he nudged open the door and watched as Fang wriggled into the living room.

Polly was sitting on the floor. Her colored pencils were arranged neatly in front of her.

Fang wriggled across the carpet and lay among them, hiding.

“What are you doing, Polly?” Yuck asked.

Polly picked up a pink pencil.

It wriggled in her hand.

“Uurrgghh!” she screamed, looking at what she was holding.

The pencil was cold and slimy. It coiled around her finger.

She jumped up and threw Fang on the floor.

“YUCK!” she screamed, wiping her hand on her dress.

“What?” Yuck said, trying not to laugh.

“Your worm! Your worm was in with my pencils!”

“Oh, I was wondering where he’d got to.” Yuck scooped Fang into his hand and pet him.

At that moment, Mom came in.

“Mom, Yuck put a worm in with my pencils!” Polly cried.

“Fang must have escaped,” Yuck said. From his pocket he took out a little crumb of mud and gave it to Fang to eat.

“What are you doing with a worm in the house?” Mom asked.

“You can’t have a worm for a pet. Worms are dirty,” Mom said.

“Worms are awesome!” Yuck told her. He tucked Fang behind his ear, giggled, and ran out of the room.

That night, Yuck took a smelly sock from the top of the laundry basket. He slipped the basket back into the bathroom then laid the sock on his pillow as a sleeping bag for Fang.

The next morning before school, Polly was washing her hair.

While she was in the bathroom, Yuck sneaked to her room. He tiptoed back with her recorder. He sat on his floor and blew. The recorder whistled.

When Fang heard it, he wriggled out of his sleeping bag and stood tall on his tail, swaying from side to side.

Polly stormed into Yuck’s room. Her hair was dripping wet.

“That’s mine!” she said, snatching the recorder. She slammed the door and went to dry her hair.

“Go and annoy Polly,” he said.

Fang wriggled across the pillow and down the side of the bed. He wriggled along the floor, over a barf stain, and past a slug that had escaped from Slime City.

Fang wriggled out of the door, heading for Polly’s bedroom.

Polly was sitting at her dressing table brushing her hair.

Fang wriggled across the carpet.

Polly put her hairbrush down and picked up a pink ribbon. She held one side of her hair in a bunch and tied the pink ribbon around it into a bow.

Fang wriggled to her dressing table and climbed up the leg.

Polly held the other side of her hair in a bunch and picked up a second pink ribbon. She tied it into a bow and looked in the mirror. Polly screamed. “UURRGGHH!”

The pink ribbon was wriggling! 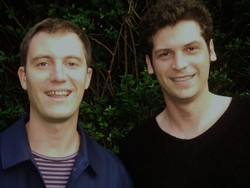