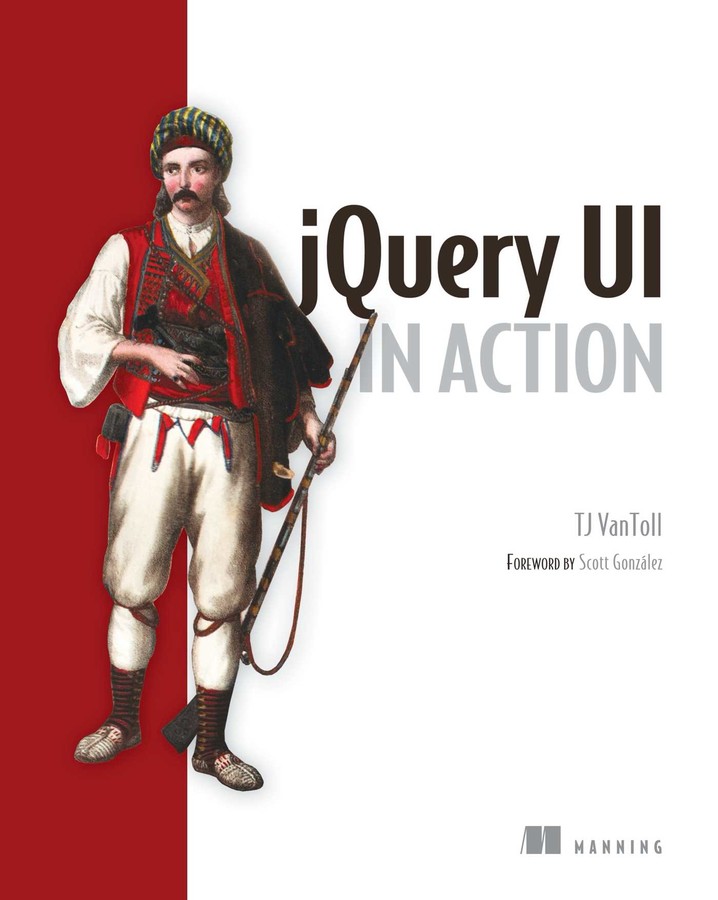 Purchase of the print book includes a free eBook in PDF, Kindle, and ePub formats from Manning Publications.

You're only one tag away from richer user interfaces — ‹script src="jquery-ui.js"›. The jQuery UI library simplifies web UI development by providing robust widgets, interactions, and effects you can use immediately. It includes datepickers, autocompletes, tooltips, and a whole lot more. And, jQuery UI's powerful widget factory makes it a snap to customize existing components to meet your needs.

jQuery UI in Action is a practical guide to using and customizing jQuery UI library components. By working through numerous examples, you'll quickly master jQuery UI's twelve widgets and five interactions—draggable, droppable, resizable, selectable, and sortable. The engaging examples illustrate techniques that work across all devices. You'll use the widget factory to create reusable plugins and discover jQuery UI's CSS theming system that allows you to create a custom, cohesive look for your sites and your applications.

Written for front-end developers and web designers with a basic understanding of jQuery.

A professional web developer, TJ VanToll is a member of the jQuery UI core team.

A professional web developer, TJ VanToll is a member of the jQuery UI core team.