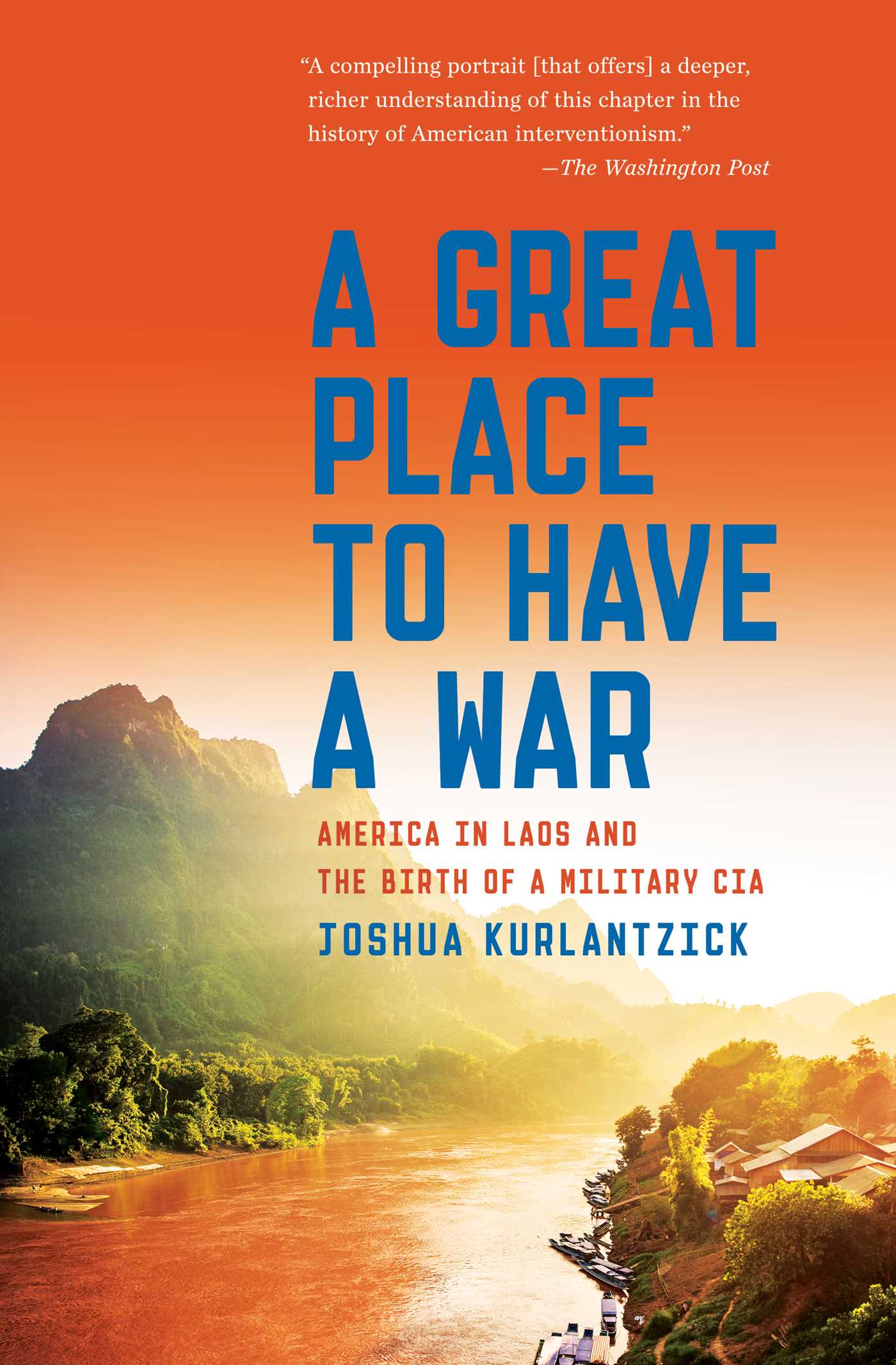 A Great Place to Have a War

America in Laos and the Birth of a Military CIA

By Joshua Kurlantzick
LIST PRICE $16.99
PRICE MAY VARY BY RETAILER

The untold story of how America’s secret war in Laos in the 1960s transformed the CIA from a loose collection of spies into a military operation and a key player in American foreign policy.

January, 1961: Laos, a tiny nation few Americans have heard of, is at risk of falling to communism and triggering a domino effect throughout Southeast Asia. This is what President Eisenhower believed when he approved the CIA’s Operation Momentum, creating an army of ethnic Hmong to fight communist forces there. Largely hidden from the American public—and most of Congress—Momentum became the largest CIA paramilitary operation in the history of the United States. The brutal war lasted more than a decade, left the ground littered with thousands of unexploded bombs, and changed the nature of the CIA forever.

With “revelatory reporting” and “lucid prose” (The Economist), Kurlantzick provides the definitive account of the Laos war, focusing on the four key people who led the operation: the CIA operative whose idea it was, the Hmong general who led the proxy army in the field, the paramilitary specialist who trained the Hmong forces, and the State Department careerist who took control over the war as it grew.

Using recently declassified records and extensive interviews, Kurlantzick shows for the first time how the CIA’s clandestine adventures in one small, Southeast Asian country became the template for how the United States has conducted war ever since—all the way to today’s war on terrorism. 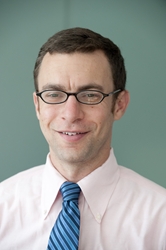 Joshua Kurlantzick is a senior fellow for Southeast Asia at the Council on Foreign Relations. He has been a correspondent in Southeast Asia for The Economist, a columnist for Time, the foreign editor of the New Republic, a senior correspondent for the American Prospect, and a contributing writer for Mother Jones. He has written about Asia for publications ranging from Rolling Stone to The New York Times Magazine. He is the winner of the Luce Scholarship and was selected as a finalist for the Osborn Elliot prize, both for journalism in Asia. He is the author of multiple books on Asia, including A Great Place to Have a War: America in Laos and the Birth of a Military CIA. For more information on Kurlantzick, visit CFR.org.

“Engrossing....  [Kurlantzick] argues persuasively that the so-called secret war in Laos — which eventually was discovered by the press — set a pattern for future conflicts.... His book shows how critical it is for American leaders to be clear-eyed about their purposes and honest with their public before embarking on a war that will inevitably take on a gruesome momentum of its own.”

“Superb! Joshua Kurlantzick joins the ranks of preeminent Southeast Asia chroniclers like David Halberstam, Neil Sheehan and Stanley Karnow with what will become the benchmark book for an important part of America’s quagmire in that region—the CIA’s secret war in Laos. A Great Place to Have a War is rich and jarring in its historical insight, fast in its pacing, and gripping in its read. You won’t want to put it down.”

– Douglas Waller, author of Disciples: The World War II Missions of the CIA Directors Who Fought for Wild Bill Donovan

“A vivid portrait.... At the heart of Kurlantzick’s deftly paced book are conflicted CIA operatives and the Hmong — led by the charismatic Gen. Vang Pao — who did the bulk of the fighting on behalf of the U.S. But what the book does best is examine the CIA’s transformation from an intelligence-gathering organization to a war-fighting one.”

“Gripping. Of all the CIA's strange adventures during the Cold War, the secret war in Laos may have been the most bizarre. Joshua Kurlantzick has crafted a true drama with an improbable and colorful cast. An eye-opening, carefully researched, and wrenching yarn of what can go wrong when East meets West.”

– Evan Thomas, author of The Very Best Men: The Daring Early Years of the CIA

“A compelling portrait.... It’s a harrowing story, and Kurlantzick tells it well.... One puts the book down with a deeper, richer understanding of this sordid chapter in the history of American interventionism.”

“Joshua Kurlantzick's story of the CIA's secret war in Laos brilliantly illuminates one of the most obscure yet harrowing chapters of the Vietnam conflict. WIth sure pacing and a gallery of rich characters, Kurlantzick shows how a modest operation to harass Communist forces escalated into a military onslaught that killed and displaced tens of thousands and wrecked a country. This is a cautionary tale of arrogance, recklessness, and unrestrained power that, tragically, finds echoes in many of today's battlefields.”

– Joshua Hammer, author of The Bad-Ass Librarians of Timbuktu

“The war’s entire compelling tale can be found in the lucid prose and revelatory reporting of Joshua Kurlantzick’s new book....”

“Pacy and... leavened with vivid portraits of the main personalities.”

“This riveting read belongs in the pantheon of works such as Jane Hamilton Merritt’s Tragic Mountain and William M. LeoGrande’s Our Own Backyard. Highly recommended for those wanting insight into the Hmong people and Cold War thinking.”

“Excellent.... Using an effective combination of firsthand reporting and a thorough reading of the best primary and secondary sources, Kurlantzick tells... an instructive tale... [that] continues to have relevance in the 21st century."

“In this important book, Kurlantzick writes in excruciating detail how the decisions by Eisenhower and Kennedy would turn the CIA from a spy organization to one whose primary role was covert warfare, involving the agency in ever-more controversial actions across the world....”

“Excellent.... [Kurlantzick's] research produces troubling revelations of how snoopers turned into generals in Laos, creating an archetype the agency would deploy in future global conflicts.”

“The book’s true merit and contribution to existing literature is in the telling of the lives of its four central characters.... [A]n accurate portrayal of a situation where the resources of a dominant power are spread thin by the need to manage numerous conflicts around the globe, and the over-delegation of authority to a few ill-prepared individuals... can result in a devastating conflict affecting the lives of millions.”

“Engaging.... A Great Place to Have a War chronicles in stark detail the initial successes, the long, drawn-out and bloody end, and everything in between.”

“[A] timely new book.... What makes A Great Place to Have a War such a valuable contribution is Kurlantzick’s account of how the CIA itself was changed by the Secret War.”

“An important demonstration of the U.S.'s ongoing, not-so-secret hand in world affairs.”

“The story of this highly unconventional war has been told before, but Kurlantzick provides a more complete picture.... [A] brisk narrative.”

“Well-written.... Not the least of Kurlantzick’s achievements is that he enables readers to make sense of the complex history of Laos between 1954 and 1975.”

“Lively.... For those who don’t know a lot about the ‘secret war’ in Laos, Kurlantzick’s account is a readable introduction.”

A Great Place to Have a War

America in Laos and the Birth of a Military CIA

By Joshua Kurlantzick
LIST PRICE $16.99
PRICE MAY VARY BY RETAILER