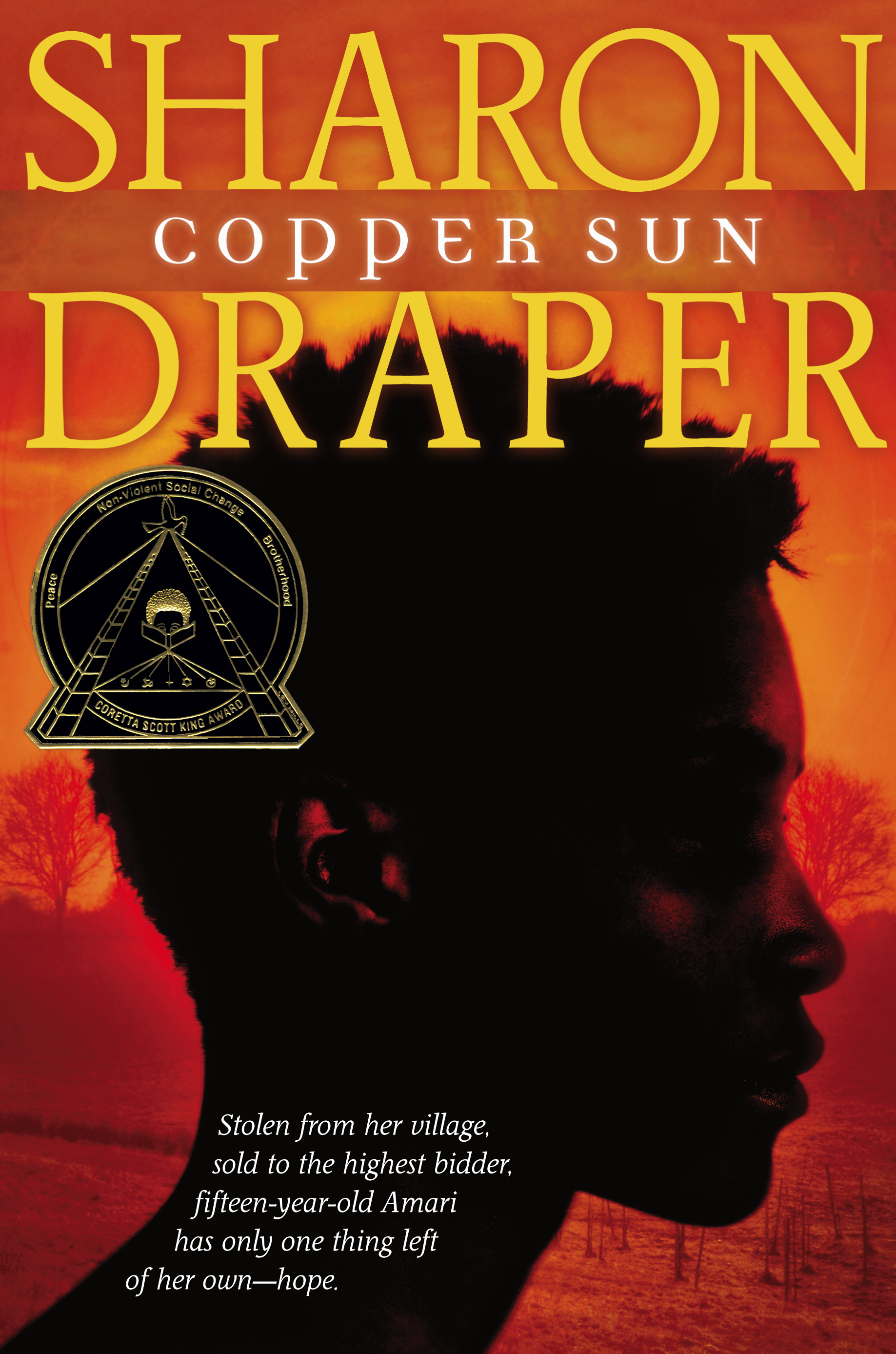 When pale strangers enter fifteen-year-old Amari's village, her entire tribe welcomes them; for in her remote part of Africa, visitors are always a cause for celebration. But these strangers are not here to celebrate. They are here to capture the strongest, healthiest villagers and to murder the rest. They are slave traders. And in the time it takes a gun to fire, Amari's life as she's known it is destroyed, along with her family and village.

Beaten, branded, and dragged onto a slave ship, Amari is forced to witness horrors worse than any nightmare and endure humiliations she had never thought possible -- including being sold to a plantation owner in the Carolinas who gives her to his sixteen-year-old son, Clay, as his birthday present.

Now, survival and escape are all Amari dreams about. As she struggles to hold on to her memories in the face of backbreaking plantation work and daily degradation at the hands of Clay, she finds friendship in unexpected places. Polly, an outspoken indentured white girl, proves not to be as hateful as she'd first seemed upon Amari's arrival, and the plantation owner's wife, despite her trappings of luxury and demons of her own, is kind to Amari. But these small comforts can't relieve Amari's feelings of hopelessness and despair, and when an opportunity to escape presents itself, Amari and Polly decide to work together to find the thing they both want most...freedom.

Grand and sweeping in scope, detailed and penetrating in its look at the complicated interrelationships of those who live together on a plantation, Copper Sun is an unflinching and unforgettable look at the African slave trade and slavery in America.

For Further Discussion and Dialogue
on the Subject of Slavery and Freedom
1. A student recently said, "I don't care about slavery. That happened a long time ago, and I don't want to think about it in my life today. It is no longer important." What do you think about that statement? Tell why you agree or disagree. What would you tell that student if you had the chance to have a conversation?
2. Students in the United States enjoy lots of freedom. List some of the freedoms that you enjoy. Were these privileges always available to everyone? What might someone have had to do in order to make sure you have these freedoms? How does that make you feel about the privileges you enjoy?
3. Think back to when you were born. From that time to today is your history, and it is important. You learned, you made mistakes, and you grew. Discuss the importance of knowing your own personal history. Why is it important to study historical information about a country or a people? Why can't the past simply be ignored?
4. What happens if a rule or a law or a practice in a country is immoral or wrong? Who decides if it is right or wrong? What is done to change that law or rule or practice? How does one decide what to do?
5. Slavery was a period of extreme degradation of one group of people by another. What do you think were the short-term and long-term effects of slavery on both groups?
6. Discuss the destruction of slave families as people were bought and sold with no regard to their family structure. When slavery ended, what was the long-range result of this family destruction?
7. Estimate how many people were sold as slaves inside the United States between 1700 and the end of the Civil War. What was the long-term result?
8. Research advertisements for the sale of slaves during the internal slave trade. Analyze their impact on slaves.
9. Explain how slavery was an integral force in the shaping of American history.
10. The Emancipation Proclamation ended slavery, but did it end discrimination? Discuss discrimination as it exists in our world today.

Sharon M. Draper is a New York Times bestselling author and recipient of the Margaret A. Edwards Award honoring her significant and lasting contribution to writing for teens. She has received the Coretta Scott King Award for both Copper Sun and Forged by Fire, and was most recently awarded the Charlotte Huck Award for Stella by Starlight. Her novel Out of My Mind has won multiple awards and was a New York Times bestseller for over three years. She lives in Cincinnati, Ohio, where she taught high school English for twenty-five years and was named National Teacher of the Year. Visit her at SharonDraper.com.

SEE ALL
See more by Sharon M. Draper
Thank you for signing up, fellow book lover!