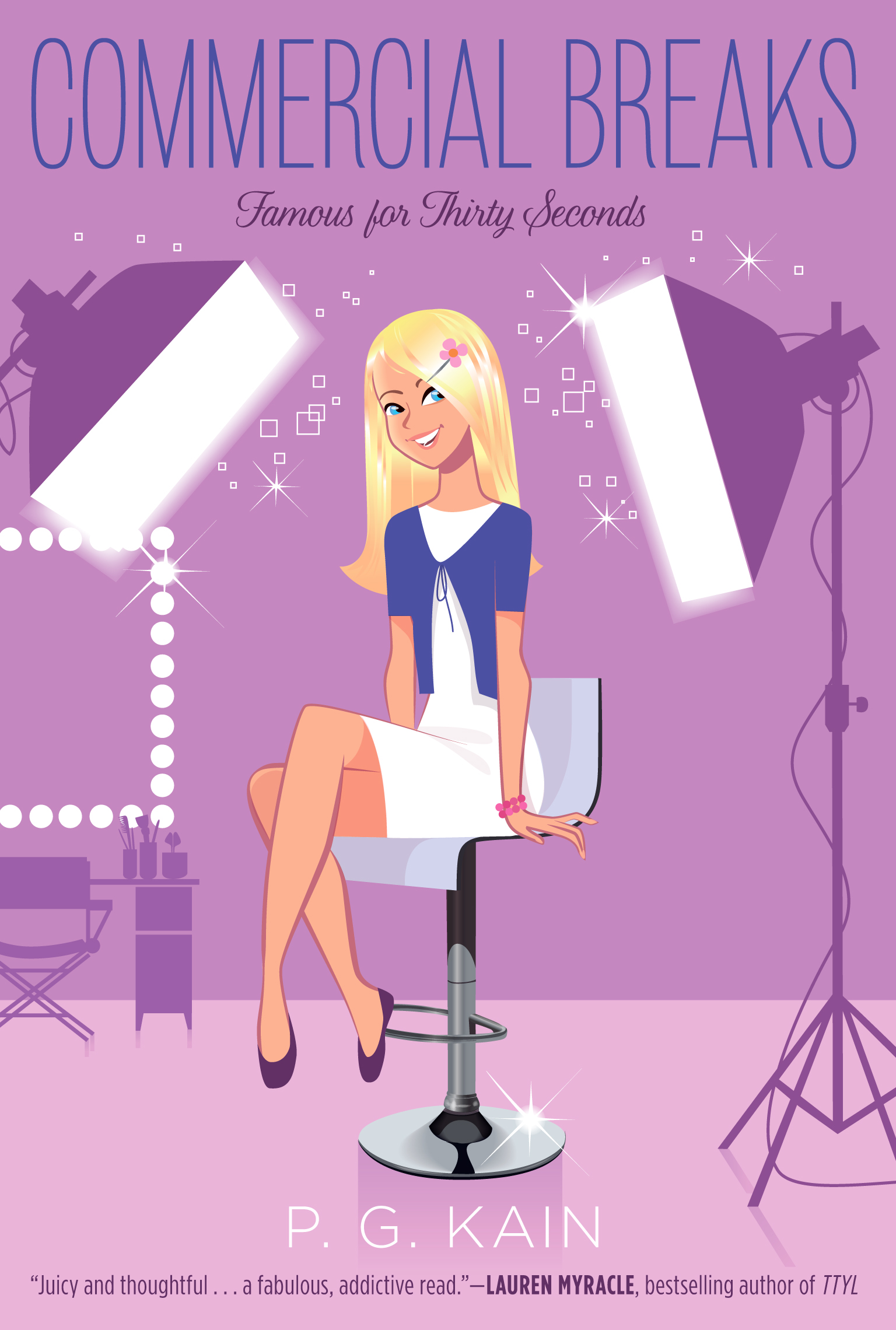 The first in a fresh new M!X series about girls involved in the cutthroat world of modeling and acting!

Brittany Rush has been appearing in commercials and print ads since her backside was the official derriere of Simply Dry Diapers. The queen of callbacks, she is distraught when her family moves to Hong Kong for a year, forcing her to be an anonymous kid in a foreign country. When she (finally!) returns stateside, she’s eager to resume her steady diet of go-sees, auditions, callbacks, and bookings in NYC. But to her shock, Brittany realizes that in the year that she was gone, she lost her title as the unconquerable cute kid: Now she’s just one of the many pretty girls waiting her turn. Will Brittany be able to steal back her spotlight? Or will she discover there’s more to life than being a commercial success?

Famous for Thirty Seconds CHAPTER 1
You know me.

You don’t know how, but you definitely know me.

You don’t know that I’ve studied ballet since I was six or that I once failed the same spelling quiz three times in a row, but you know me. You see me trying on a pair of sneakers at the mall or talking on my cell phone outside of school and you think, “Did that girl go to summer camp with me?” or “Is that the girl who went out with my cousin?”

If you’ve ever eaten a Gotta Have It candy bar then you’ve either put your pinkie on my nose or pressed your thumb across my forehead. If you sat through an entire episode of a popular reality show last year then, in between the screeching of your favorite pop songs, you’ve seen me enthusiastically taking pictures of my friends at the beach with my brand-new Globaltel cell phone camera. If you’ve turned on your television at all over the past decade, opened a single magazine, or walked through a supermarket—or even a well-stocked mini-mart, then you know me.

Up until last year I booked more television commercials and print jobs than any other girl in my agency. From before I can remember, I have been a top earner for The A-Lister Agency. Judith List herself discovered me when I was six months old.

Judith ran into my mother. Literally. My mother was driving us to a “Mommy and Me” class so she could have some one-on-one time with me while my older sister Christine was with a sitter. But suddenly it was one-on-one-on-one when Judith accidentally hit my mother’s bumper. When Judith came out to inspect the damage she saw me gurgling in my car seat.

My gurgle was the exact gurgle ad companies were looking for at the time. Two weeks later I’d beaten out dozens of other babies to become THE face of Good Baby formula. My mother says I was too young to be able to remember anything about the shoot, but I swear I have a very specific memory of being in front of all these cameras and lights and a studio full of people focusing their attention on me—and how they might make my naturally adorable baby smile adorable times ten with the right camera angle.

My life had been a steady stream of school, callbacks, and bookings… up until last year. A few days after my twelfth birthday my mother told me The News.

The News basically took my life, tore it into little pieces, and then forced those pieces to live in Hong Kong for a full year. I have repeated this torn-paper image to my mother many times and what does she tell me? I am being “overdramatic.” I assure you, if anything, I am being underdramatic.

“Brittany,” my mom told me the night she shared The News, “it’s only one year. It’s not like we’re selling the house! The paper just needs someone to cover the Hong Kong bureau for twelve months then we’ll all be back in New York. When I told Christine, she was excited.”

Of course Christine was excited. As long as she can take her soccer ball with her, she has something to do and an instant collection of friends. But even though we look so much alike we could be twins and she is a mere fifteen months older than I am, we are about as different as sisters can be.

Christine has it—that thing that makes people just automatically want to be friends with her. Everyone always likes Christine. Even me. I adore her. Sometimes I feel like she is the one person I can just be myself around. She’s just one of those people who has so much confidence being herself that she makes other people comfortable with who they are. Christine’s total lack of interest in popularity makes her even more popular. To her, Hong Kong was just another place to make a new start with new friends. To me, it was The End.

“It will be fun,” my mom said with a little too much enthusiasm.

I looked at her in shock like she had three heads and one of them was put on backward. A year in Hong Kong? While I am at the height of my commercial career? Right after I’d gotten a second callback for a new foaming face soap? My mom must have been able to tell what I was thinking because she tried to offer a counter argument:

“Brit, won’t it be nice to take a break from all your look-sees?” she asked. “You work too hard.”

“Mom!” I shouted. “For like the ga-billionth time, they are called GO-sees! An audition for a print job is a go-see. I’ve only been doing this since I was in diapers.”

“But that’s exactly my point. You’ll get a whole year to enjoy just being a normal kid.”

There is absolutely nothing I enjoy about being a normal kid and I was as sure of this on day one as I was on day 365. (Yes. I actually marked off each day with a big, black X on a wall calendar next to my bed.)

I never stopped missing the excitement of getting an appointment for a commercial that would air during the Super Bowl or the way I felt when my face would pop up on a package of cookies at the local Stop & Shop.

Approximately one week before we had our flight scheduled to return home to New York, I called Judith to tell her that my stupid mother’s stupid job in stupid Hong Kong was about to finish and that I was ready to get back in the game.

Christine sleeps for almost the entire flight except the hour or so we play cards and when she listens to me make fun of the food served during the flight. (Tuna lasagna? Seriously?) I am too excited to sleep for even a second. Every moment that passes takes me farther away from Hong Kong and closer to my big comeback. Instead of napping, I actively daydream about the spots I’ll book and what magazines I will be seen in. I wonder if I’ll book my first go-see right away!

After a year of being away from all of it, tomorrow I finally make my return. Judith asked if I could come into her office at the agency the morning of my first day back. I guess she’s just as excited as I am to start booking her top-earning client. I could be out on an audition the very next day!

As Flight 792 from Hong Kong makes its final approach to JFK International Airport, the plane tilts gently so the entire Manhattan skyline is slowly revealed as the early summer sun sets. My heart almost jumps out of my chest and I think, if I had a parachute I would jump out right now. I remind myself that my old life is less than forty-eight hours away.

I draw a calming breath in through my nose and let it out through my mouth as I take a closer look at the skyline. I expect it to greet me like an old friend and, while most of it is the same, there are parts I don’t recognize at all. A number of new glass skyscrapers have been put up over the past year, some still in the middle of construction. It’s amazing how much can change in a year.

For a brief moment I think maybe this is something I should worry about, but then I put the thought out of my mind and focus on the gentle descent of the plane. The world may have changed but I am still me, and what’s important is that you still know me.

You do still know me… Don’t you? 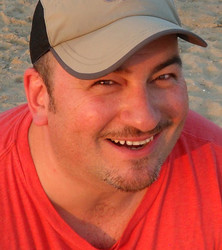 P.G. Kain lives in New York City, where he is the chair of Contemporary Culture and Creative Production in Global Liberal Studies at New York University.

"In this first in a series about girls and commercial castings, the details of the business are... fascinating"
- SLJ, March 2012