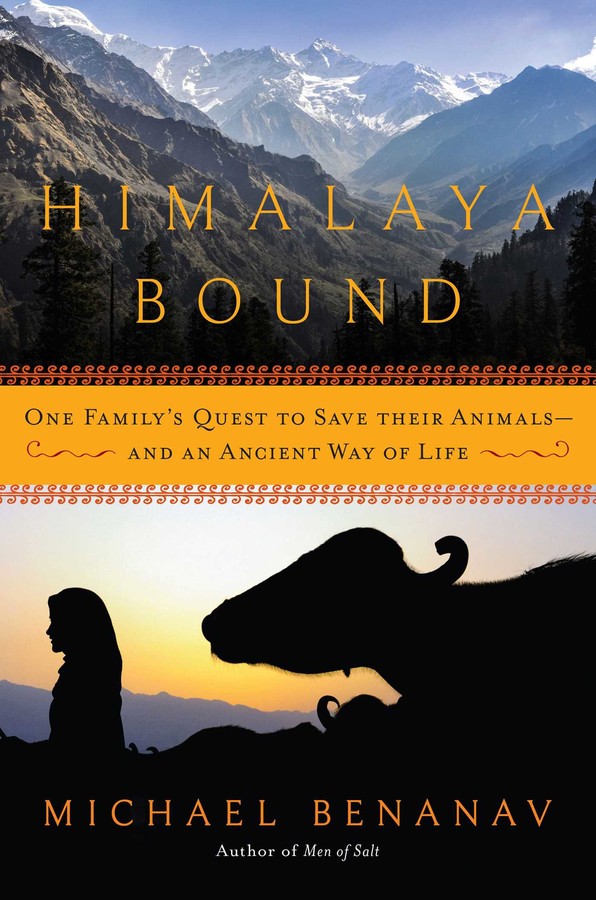 A gorgeous work of literary journalism that follows a nomadic family’s fraught migration to the high Himalayan plains, as a changing world closes in around them.

Following his vivid account of traveling with one of the last camel caravans on earth in Men of Salt, Michael Benanav now brings us along on a journey with a tribe of forest-dwelling nomads in India. Welcomed into a family of nomadic water buffalo herders, he joins them on their annual spring migration into the Himalayas. More than a glimpse into an endangered culture, this superb adventure explores the relationship between humankind and wild lands, and the dubious effect of environmental conservation on peoples whose lives are inseparably intertwined with the natural world.

The migration Benanav embarked upon was plagued with problems, as government officials threatened to ban this nomadic family—and others in the Van Gujjar tribe—from the high alpine meadows where they had summered for centuries. Faced with the possibility that their beloved buffaloes would starve to death, and that their age-old way of life was doomed, the family charted a risky new course, which would culminating in an astonishing mountain rescue. And Benanav was arrested for documenting the story of their plight.

Intimate and enthralling, Himalaya Bound paints a sublime picture of a rarely-seen world, revealing the hopes and fears, hardships and joys, of a people who wonder if there is still a place for them on this planet.

Laced with stories of tribal cultures from India to Yellowstone, from Jordan to Kenya, Benanav deftly wends through the controversial terrain where Western ways of protecting the environment clash with indigenous understandings of nature. Himalaya Bound celebrates and mourns an ancient way of life, while revealing an unlikely battleground in the fight to save the earth.

Michael Benanav writes and photographs for the travel section of The New York Times and other national publications, including Sierra and Lonely Planet. He has also worked as a mountain and desert guide in the American West. He lives in northern New Mexico.

"The author makes a strong case that the careful use of resources by the nomads actually improves the ecology. The personal relationships the author forms here are what makes Himalaya Bound so enriching, so join this migration yourself. The rewards are there to be harvested."

"An involving, often touching story of an admirable people as well as a cautionary tale about the effects of rapid change and counterproductive conservation efforts on traditional societies."

"At its core the issue is how we conceive of nature: as necessarily separate from humans, or as bound up with those who have shaped it. This debate is playing out as Benanav arrives in the Shivaliks, as it will for much of the journey. At stake is not just the year’s migration but the future of the family and the tribe’s way of life. A tender and timely portrait."

"Benanav deftly weaves scientific and historic context into the story of one family and one migration. As he does, he also shares an American’s perspective of this radically different way of life. The result is a compelling, thoughtful tale that encourages readers to examine their lives and impact upon the earth."

"A compelling piece of literary journalism. Benanav celebrates and mourns an ancient way of life."

"A powerful and moving story of travel, mountain culture and human relationships.  His writing is sensitive, insightful, and unsparing and reveals the complex and tenuous lives of migrant people and their deep connection to a forest environment.  In the best tradition of writers like Bruce Chatwin and Gretel Ehrlich, Himalaya Bound recounts a multi-layered journey into uncertain terrain, where no GPS would dare to wander."

"For many years, Benanav has found himself irresistibly drawn to nomadic wanders in the hope that traveling in their company might enable him to grasp a set of elusive truths. Here in Himalaya Bound, Benanav chronicles an epic migration and how the Van Gujjar have preserved an intimate, touching, and vital link to the animals that sustain them—and to the land they call home. A vivid portrait and a poignant reminder that long ago, all of humanity was wild, nomadic, and free."

"In Himalaya Bound, Benanav is again in the far reaches, this time following a nomadic family of water buffalo herders of the Van Gujjar tribe in northern India. The family comes alive in Benanav’s telling, each a fully fleshed character built from his connection and love for them."

"Reaches to the heart of a sensitive and complex issue. Benanav paints an intimate portrait of his new-found friends, of how they live and play, think and pray."