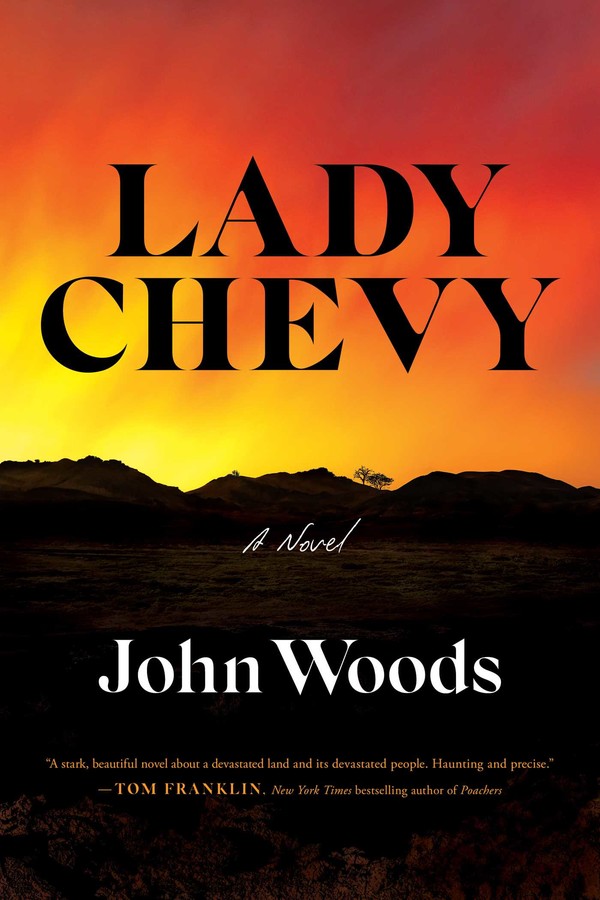 In a forgotten part of Middle America, a defiant act leaves one man dead and one teenage girl faced with a stark decision that could mean losing everything.

*A "Best Crime Novel" of the Year—New York Times*

Amy Wirkner, a high school senior in Barnesville, Ohio, is a loner, nicknamed “Chevy” for her size. She’s smart, funny, and absolutely determined to escape from her small town in the Ohio Valley, a place poisoned by fracking. She does well in school despite the cruelty of her classmates and has her eyes on a college scholarship, so she can one day become a veterinarian and make something of herself.

But even as she tries to keep her head down and stay out of trouble, trouble seems to find her. Believing toxic water has poisoned her family, Amy one night becomes involved in an act of ecoterrorism against a local fracking company that goes terribly wrong. Her oldest friend Paul, as angry and defiant as she is, has drawn her into this dark world—and now a man is dead as a result. But Amy can’t—won’t—let one night’s mistake stand in the way of her plans.

Touching on important topics as wide-ranging as ethnic hatred, police corruption, environmental decay, and gun violence, Lady Chevy is one girl’s story that highlights the darkest parts of modern America with surprising results.

John Woods grew up in Appalachian Ohio. He is a graduate of Ohio University's creative writing program and has published short stories in Meridian, Midwestern Gothic, Fiddleblack, and The Rag. He lives in Yorktown, Virginia.

“Woods makes Amy so sympathetic, her life so bleak and her options so limited that she becomes a paradigm for the entire valley, robbed of its youth and denied its future. She’s quite a remarkable character. Amy comes from tough stock, a clan of miners whose faces are bared in the old photos people hang in their homes. Woods writes in the same style as those photographs, wrapping beauty in shocking misery.”

“An Appalachian Bildungsroman, a moral depiction of amoral characters in a hardscrabble world, and an all-around compelling story, Lady Chevy is an outstanding literary debut.”

“Woods’ accomplished but very dark novel about a town where violence is epidemic is an extended exercise in a kind of nihilism. It is unsettling and invites long thoughts about the world Amy inhabits.”

"If Cormac McCarthy wrote women, he'd write them like Amy 'Chevy' Wirkner of Ohio. This is a stark, beautiful novel about a devastated land and its devastated people. From end to end, it's terrific, haunting and precise, deft and damning. A great new voice."

"Reading Lady Chevy by John Woods reminds me of my first encounters with the work of William Gay, Larry Brown, and Donald Ray Pollock. It's poetic and visceral, full of characters I won't soon forget, the place deeply alive on the page. It's a book of great emotional power, a book that's built to last. Searing, humane, and truly haunting."

– William Boyle, author of "Gravesend," "The Lonely Witness," and "A Friend Is a Gift You Give Yourself"

"Lady Chevy is a compelling look at some of the bleaker realities of modern America, but the best thing about it is its humanity. John Woods writes with honesty and compassion about a young woman trying to survive in a dark and violent world. In doing so, he creates a heroine fit for our troubled times."

"John Woods' Lady Chevy is a hard-bitten work of the heart. He knows his people and their widely-neglected corner of America, knows their language, undying hopes and relentless fears. And knows how to bring them all to energetic life on every page."

– James Carlos Blake, author of "In the Rogue Blood," winner of the L.A. Times Book Prize