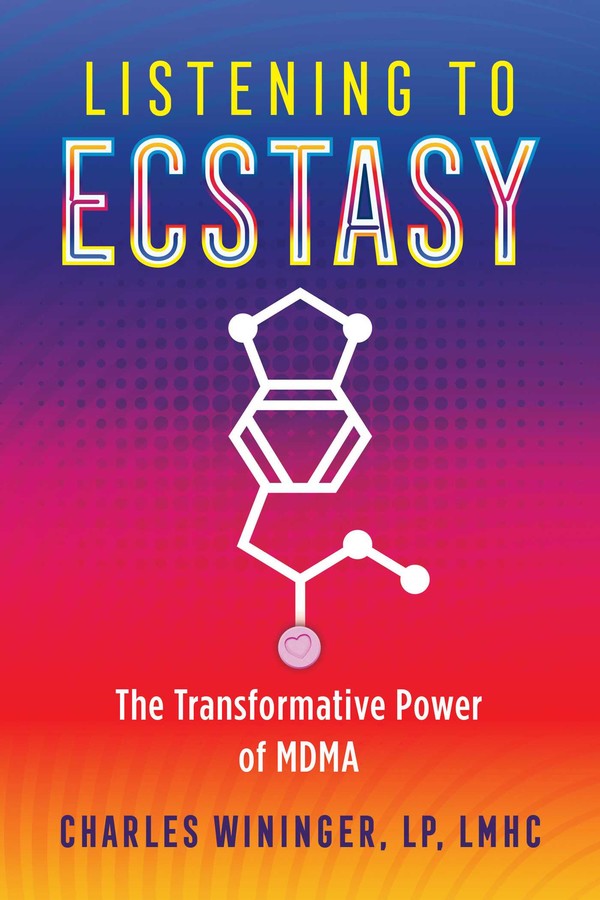 The Transformative Power of MDMA

A personal narrative and guide to the safe, responsible use of MDMA for personal healing and social transformation

• Describes what the experience actually feels like and provides protocols for the safe, responsible, recreational, and celebrational use of MDMA for individuals and groups

In a world that keeps us separate from each other, MDMA is the chemical of connection. Aptly known in popular culture as “Ecstasy,” MDMA helps us rediscover our own true loving nature, often obscured by the traumas of life. On its way to becoming a prescription medication due to groundbreaking research on its use to treat PTSD, Ecstasy can offer benefits for all adult life stages, from 20-somethings to seniors.

In this memoir and guide to safe use, Charles Wininger, a licensed psychoanalyst and mental health counselor, details the countless ways that Ecstasy has helped him become a better therapist and husband. He recounts his coming of age in the 1960s counterculture, his 50 years of responsible experimentation with mind-altering substances, and his immersion in the new psychedelic renaissance. He explains how he and his wife found Ecstasy to be the key to renewing and enriching their lives as they entered their senior years. It also strengthened the bonds of their marriage.

Countering the fearful propaganda that surrounds this drug, Wininger describes what the experience actually feels like and explores the value of Ecstasy and similar substances for helping psychologically healthy individuals live a more “optimal” life. He provides protocols for the responsible, recreational, and celebrational use of MDMA, including how to perfect the experience, maximize the benefits and minimize the risks, and how it may not be for everyone. He reveals how MDMA has revitalized his marriage, both erotically and emotionally, and describes how pleasure, fun, and joy can be profound bonding and transformative experiences.

Revealing MDMA’s versatility when it comes to bringing lasting renewal, pleasure, and inspiration to one’s life, Wininger shows that recognizing the transformative power of happiness-inducing experiences can be the first step on the path to healing.

When I find myself on fire in my life to the point where I start approaching burnout, I’ve learned to follow an old adage: Stop, drop, and roll.

I carve out time, usually a week or two in advance, to stop my life’s merry-go-round for a day, drop some MDMA, and the “roll” (meaning, the MDMA experience) replenishes my being.

I call this responsible recreational drug use. The very notion may sound counter-intuitive to the reader’s acculturated ears, as it once did to mine. But for the community I’ve discovered and that my wife Shelley and I have helped nurture over the past fifteen years here in New York, the responsible middle way (between abstention and abuse) is the way to a fuller life. We’ve found that having a mature and fact-based approach to using MDMA to be of enormous benefit to ourselves. (See chapter 8: “Protocols for the Responsible Recreational Use of MDMA.”)

Potentially one of the world’s most beneficial psychoactive chemicals, and one that almost always bestows a secret smile upon its users, MDMA is a much maligned and misunderstood compound often slandered by a media always hot for another scare-the-pants-off-the-parents story.

But in fact, MDMA is a sheep in wolf’s clothing. An angel depicted with horns. It’s an exotic chemical with a devoted esoteric following, and its benefits are a well-kept open secret. Indeed, the closer one gets to MDMA, the better it looks. In its pure form, and when used responsibly, it remains practically impossible to O.D. on.

What makes MDMA an uncanny compound is its versatility: It has been shown in clinical trials to bring profound and lasting relief to those suffering from PTSD (Post-Traumatic Stess Disorder) such as victims of sexual violence and traumatized soldiers back from Iraq. Or it can help a couple trying to reclaim the lost heart of their relationship. And this same substance at the same dosage can be used at an all-night rave to dance ecstatically with a thousand others in unified, wild abandon. Is there another substance on the planet that can claim such a range of applications?

If you happen to be of the older persuasion, do you remember the moment you crossed over? I know I do. I must have been in my early 50s and was about to get on a Manhattan cross town bus. I dug into my pocket, took out my change (this was before Metrocards), and started depositing quarters into the machine. After dropping the first three in, the driver immediately stretched out his hand to cover the opening.

“No one’s going to question you!” he said.

It’s taken me a while to adjust. Indeed, I’m still getting used to it. But then again, I’ve had a medicinal advantage.

Because when I roll, the world seems made new again. (Of course, that would be me that’s made new.) In this and other ways, MDMA has helped me adjust to and deal with aging and mortality. And it’s given me, up here in my early seventies, a new lease on youth. For a few hours, this world-weary mind and aging body are reinvigorated. As long as I use it wisely, I can return to the fresh vitality of my 30- or even 20-year-old self for a few hours, a brief vacation in Youthlandia. I’m free and reborn with an innocent, fresh-off-the-boat feeling. And with my wife Shelley by my side, we experience a unique attunement together, two kids, hand in hand, skipping around our chemical playground.

Over the years, she and I and others in our community have turned responsible use of this recreational drug into a science as well as an art form, transforming what could otherwise be a dangerous indulgence into a tool that continuously brings joy and vitality to our senior years.

This is my fountain of youth. It doesn’t last, of course; I do come down, and have to pay an energy debt (mostly I just sleep it off and then rest the next day). But there’s nothing like once again experiencing in my bones the vitality I used to take for granted. I feel rejuvenated in a way that can echo for days. And over the course of years and dozens of rolls, this has had a cumulative effect. Further, remembering how good I can feel in every way helps infuse me with the kind of optimism that can otherwise tend to wane with age.

While I may therefore lament, as many of us do, that I didn’t know then all I know now, at least with MDMA I can still know now some of the youthful vitality I knew back then.

To put it another way, the first time around, youth chose me. The second time, I make the choice. For Shelley and me, MDMA used properly has become our youth serum.

The Japanese have a word for this, kanreki, which means second spring.

Besides blessing me with a daylong vacation from aging, the medicine also helps me reconnect with my love for mankind. And these days, I don’t take this for granted.

I view MDMA as an egalitarian opportunity for joy and rejuvenation, one whose availability is not limited to the spiritual, the wealthy… or the young. No matter one’s class, age, gender, race, or sexuality, a person can take charge of their own chemistry, and potentially their whole worldview as well. And after having spent a lifetime following mainstream advice about how to add years to my life, I’ve decided to spend my remaining time following my own advice about how to add life to my years.

Charles Wininger, LP, LMHC, is a licensed psychoanalyst and mental health counselor specializing in relationships and communication skills. Recognized as “The Love Doctor” by the New York Times and Newsday, he’s been treating couples and individuals in his Manhattan and Brooklyn offices for 30 years. He sits on the Board of Advisors of the Psychedelic Education and Continuing Care Program at the Center for Optimal Living in New York. He lives with his wife in Brooklyn.

The Transformative Power of MDMA