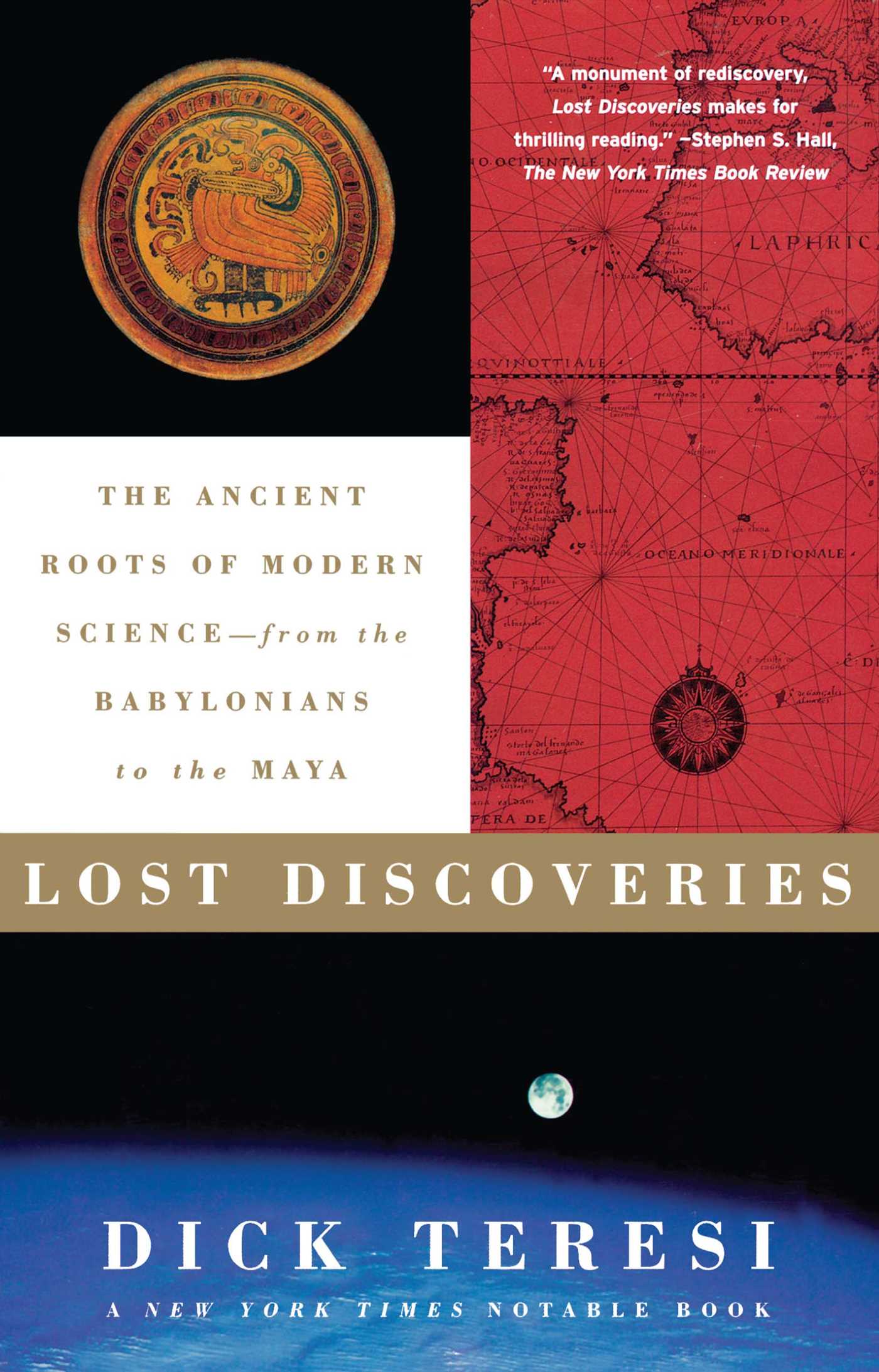 Boldly challenging conventional wisdom, acclaimed science writer and Omni magazine cofounder Dick Teresi traces the origins of contemporary science back to their ancient roots in an eye-opening account and landmark work.
This innovative history proves once and for all that the roots of modern science were established centuries, and in some instances millennia, before the births of Copernicus, Galileo, and Newton. In this enlightening, entertaining, and important book, Teresi describes many discoveries from all over the non-Western world -- Sumeria, Babylon, Egypt, India, China, Africa, Arab nations, the Americas, and the Pacific islands -- that equaled and often surpassed Greek and European learning in the fields of mathematics, astronomy, cosmology, physics, geology, chemistry, and technology.
The first extensive and authoritative multicultural history of science written for a popular audience, Lost Discoveries fills a critical void in our scientific, cultural, and intellectual history and is destined to become a classic in its field.

Dava Sobel Author of Galileo's Daughter and Longitude If you think, as I did, that science flowered in ancient Greece -- the way Athena sprang fully formed from the brow of Zeus -- then read Dick Teresi's Lost Discoveries and revel in the global expression of early genius, from Sumerian mathematics and ancient Indian particle physics to the sky maps of the Skidi Pawnee and the rubber 'factories' of the Aztecs.

Leon Lederman Winner of the Nobel Prize in Physics and coauthor of The God Particle Wow, Teresi's Lost Discoveries is a romp through the history of mathematics, astronomy, cosmology, physics, geology, chemistry, and technology. Teresi must have pored through tons of ancient manuscripts and scholarly compendia to unearth a rich mine of historical achievements of largely non-Western civilizations that preceded and enabled the Golden Age of Greece. For science buffs who are curious about 'How do we know?' and 'How did we learn?' this is a spectacular canvas, and it illuminates the power of cultural diversity. Yes, there were peaks in the progress of science, but today science is the only universal culture, the same in the West, East, North, and South. Teresi's important book helps to explain why.