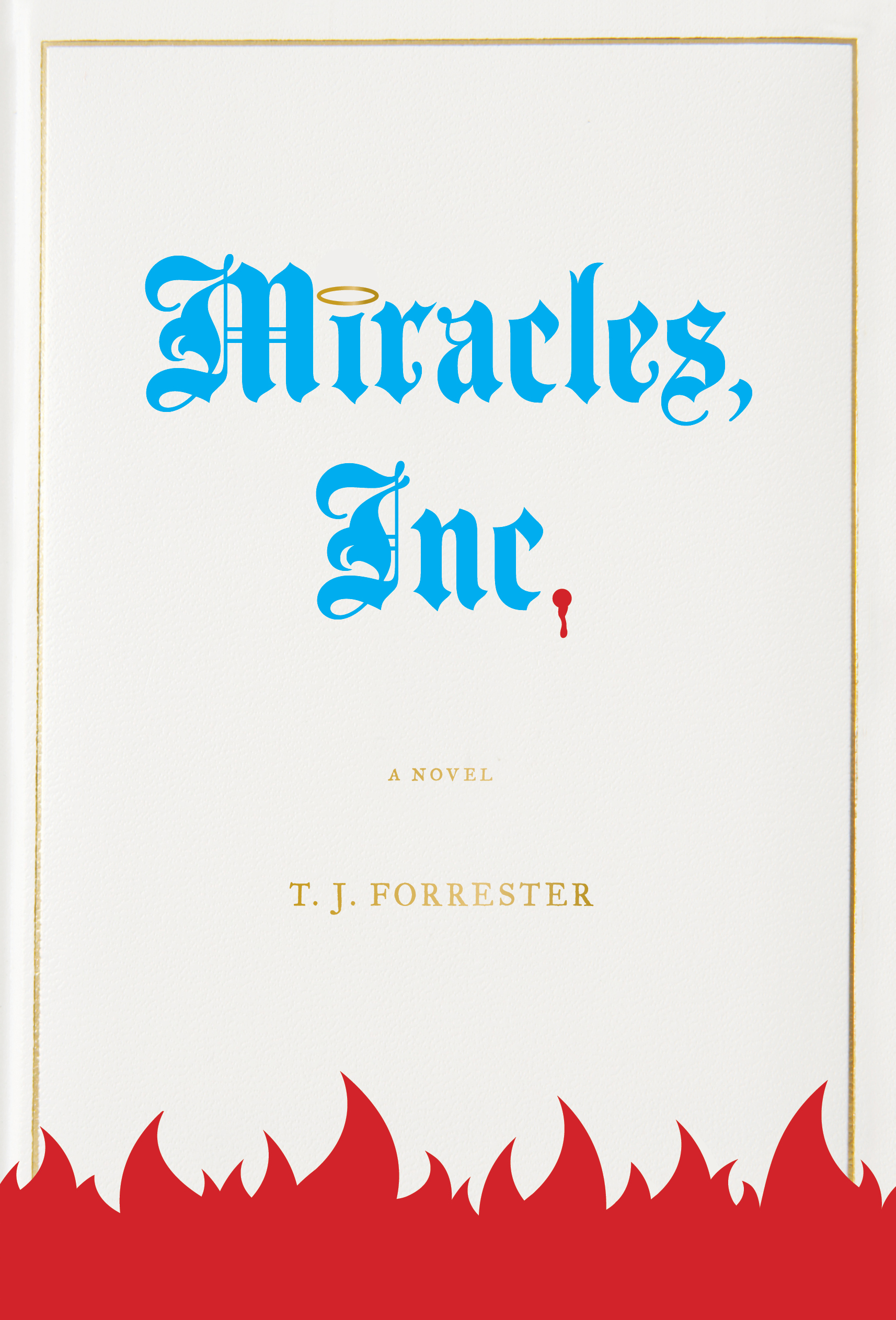 Vernon L. Oliver, still a young man, lives in a six-by-ten cell in a Florida prison. He has chosen the needle over the chair, has no desire to smell burned flesh on the day the state snuffs out his life. When his attorney suggests he write an autobiography to generate funds to cover legal fees incurred during the appeals process, Vernon sits down to pencil and paper and begins his narrative.

Miracles, Inc., Forrester's debut novel, tells the story of a charismatic slacker in love with Harley Davidson motorcycles and Rickie Terrell, a beautiful woman who quotes poetry and will not discuss her past. They live in an RV, smoke weed and drink beer, play Scrabble late into the night. His boss, a brilliant businesswoman with a far-reaching vision, offers him the chance to make more money than he ever thought was possible. He buys into the faith-healing scheme without reservation, and so begins the journey that leads to the stunning event that changes his life forever.

CONTRARY TO NEWS REPORTS, I, Vernon L. Oliver—brother of Lucy K. Oliver and son of parents who raised their children on corn and Christianity—am not insane. Admittedly, my attorney claimed otherwise in my trial against the great State of Florida. I played along, spewed nonsense to the psychiatrist’s questions, rolled my eyes and lolled my head in front of judge and jury, but in the end, I bear no ill will against the justice system. I made a series of choices that led to nowhere good and those choices landed me in a six-by-ten cell with concrete walls and a steel frame bed.

At one time, not too long ago, I was revered—a man who treated his followers with kindness, with love, a man whose heart was open to all. They still send me letters, pleading in their blindness for my innocence, for they cannot believe I committed so heinous a crime. The letters come in bunches, sometimes a hundred or more a day, and I’ve requested that the guard only bring a sampling—no more than ten, no less than five. I spend my afternoons writing in careful strokes, assuring believers that faith is not an illusion. What else can I do? My acolytes want bright lights and speaking in tongues, they want paraplegics jumping around the stage, they want the hum that permeates their souls when my voice tumbles over the auditorium. So, I give them what I can. It’s the least I can do.

Terrence Sandoval, my attorney, is the one who suggested I write an autobiography; a tell-all about Vernon L. Oliver’s fall from grace. He wants money (more than I have) now that the IRS has foreclosed on my property, frozen my assets, sold my private jet. The money that was left over—the $2 million the government allowed me to keep for legal fees—is long gone. When Sandoval suggested in that persuasive way of his, “Write the book, sign over the proceeds, or find a public defender to file your appeals,” I said I would think about it and get back to him.

I have no desire to stand nakedly before accusers and believers alike, but I dread the damn clock, hate the thought of my footsteps on that cold linoleum floor. Most of all, I dread not knowing what’s on the other side.

My attorney says he’s here for a visit, to see if I’ve accepted his proposal. In a suit, with a tie knotted against his scrawny neck, he sits outside my cell in a chair pulled up for his convenience. I prop open the horizontal slot in the steel door and sit on the floor so I can see his eyes. He wears cologne, a sweet smell that reminds me of windblown flowers, the sweep of a woman’s breast, of red lips on my pelvis. He peers down at me, all teeth and dimples, asks if I’m getting along all right.

Sandoval speaks in a moribund tone, like a bored teacher after a long day of classes. “Do you like it?”

“It reminds me of this guy I knew back in high school. He sucked dick behind the gymnasium in exchange for cigarettes.”

“I can see we’re in a foul mood today,” Sandoval says. “Maybe I should come back tomorrow.”

A quavery voice comes from down the block, a convict bitching about nothing in particular. John T resides five cells to the left, and he’s here because he killed a woman who sold him the wrong foot cream. If anyone should have gotten off on insanity, it was John T.

Sandoval glances at his watch, and I despise him for his insensitivity. He has places to go, things to see, a life to live. I’m stuck here, in this orange jumpsuit, staring at these four walls until the State decides it’s time to end my miserable life.

“If you change your mind, start with your childhood,” he says. “It’ll create sympathy in the reader.”

“I’ll leave the carving of the stone tablets to Moses.”

He rises and offers a half wave, a resigned move, like he topples his king at the end of a brutal chess match. His footsteps echo out of hearing range, and silence returns to my cell. I go to my bed, lie on my back, and face the ceiling. The paint is gray and without cracks, and the light in the center burns with mild intensity. I stare until spots float before my eyes, get up and sit at the desk in the corner. I have decided to give my attorney—that bloodsucker with the ingratiating smile—what he wants. I pick up my pencil and begin the first chapter.

Lucy was born with a genetic illness. She died when she was seven, a skinny little girl with knobbed knees and a bucktoothed smile. We loved each other like life itself.

I write for three hours, scratch out every sentence but the first three, scrawl a three-word ending.

Does the in-between matter? I was sixteen when she died, and I spent my adolescent nights thinking about God and the fairness of the world. I had a choice and knew it. I could believe or deny his existence. I chose to believe.

It is impossible to hate something that does not exist.

So, I will not write about my sister in this autobiography, I will not commercialize the name of Lucy K. Oliver. I will begin on a day when I received an offer I couldn’t refuse. Should I have turned it down? Maybe yes, maybe no. I only know one thing for sure.

There are no innocents in this story.

By clicking 'Sign me up' I acknowledge that I have read and agree to the privacy policy and terms of use. Free ebook offer available to NEW CA subscribers only. Offer redeemable at Simon & Schuster's ebook fulfillment partner. Must redeem within 90 days. See full terms and conditions and this month's choices.
This reading group guide for Miracles, Inc. includes an introduction, discussion questions, and ideas for enhancing your book club. The suggested questions are intended to help your reading group find new and interesting angles and topics for your discussion. We hope that these ideas will enrich your conversation and increase your enjoyment of the book.

Vernon Oliver, a charismatic slacker and product of a troubled family, is suffering from the trauma of his sister’s death. He falls in love with Rickie Terrell, a beautiful young woman who works in a traveling carnival, quotes poetry, and will not discuss her past. Vernon soon finds himself recruited by Rickie’s mother, Miriam, to work a faith-healing scam. He buys into her scheme without reservation, and so begins the journey that leads to the stunning event that will land him on Death Row. It is in his prison cell where Vernon is able to reflect on his past and ultimately find salvation.


TOPICS AND QUESTIONS FOR DISCUSSION 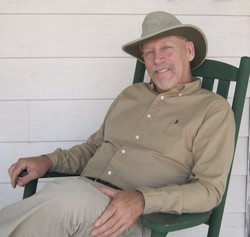 T.J. Forrester is the author of the novel Miracles, Inc., and his work has appeared in numerous literary journals. An avid long distance hiker, he has thru-hiked the Appalachian Trail, the Pacific Crest Trail, and the Continental Divide Trail in consecutive years. To learn more, visit TJForrester.com.

“Miracles, Inc. by T.J. Forrester is a kind of miracle itself. Pleasure and humor and suspense are guaranteed, double-d. Forrester is that good—like Elmore Leonard writing Elmer Gantry. Hot dog!”
—Clyde Edgerton, author of The Bible Salesman

“T.J. Forrester has achieved with his debut novel a rare blend of suspense, satire, and flawed but sympathetic characters. More than just a literary page-turner, MIRACLES, INC. asks important questions about religion, belief, and the exploitation of our nation’s faithful that I’m sure to be thinking about for a long time to come.”
—Amy Greene, bestselling author of Bloodroot

"A vibrant first novel . . . Showing the push-the-envelope spirit of a Terry Southern, Forrester has the makings of a formidable talent."
—Kirkus (starred review)

"There are terrible deeds throughout the novel, but they are accompanied by comedy and moments of tenderness. Forrest never explicitly makes this declaration, but the story speaks clearly enough: bad things can befall those who exploit the faith and prayers of others."
--Booklist