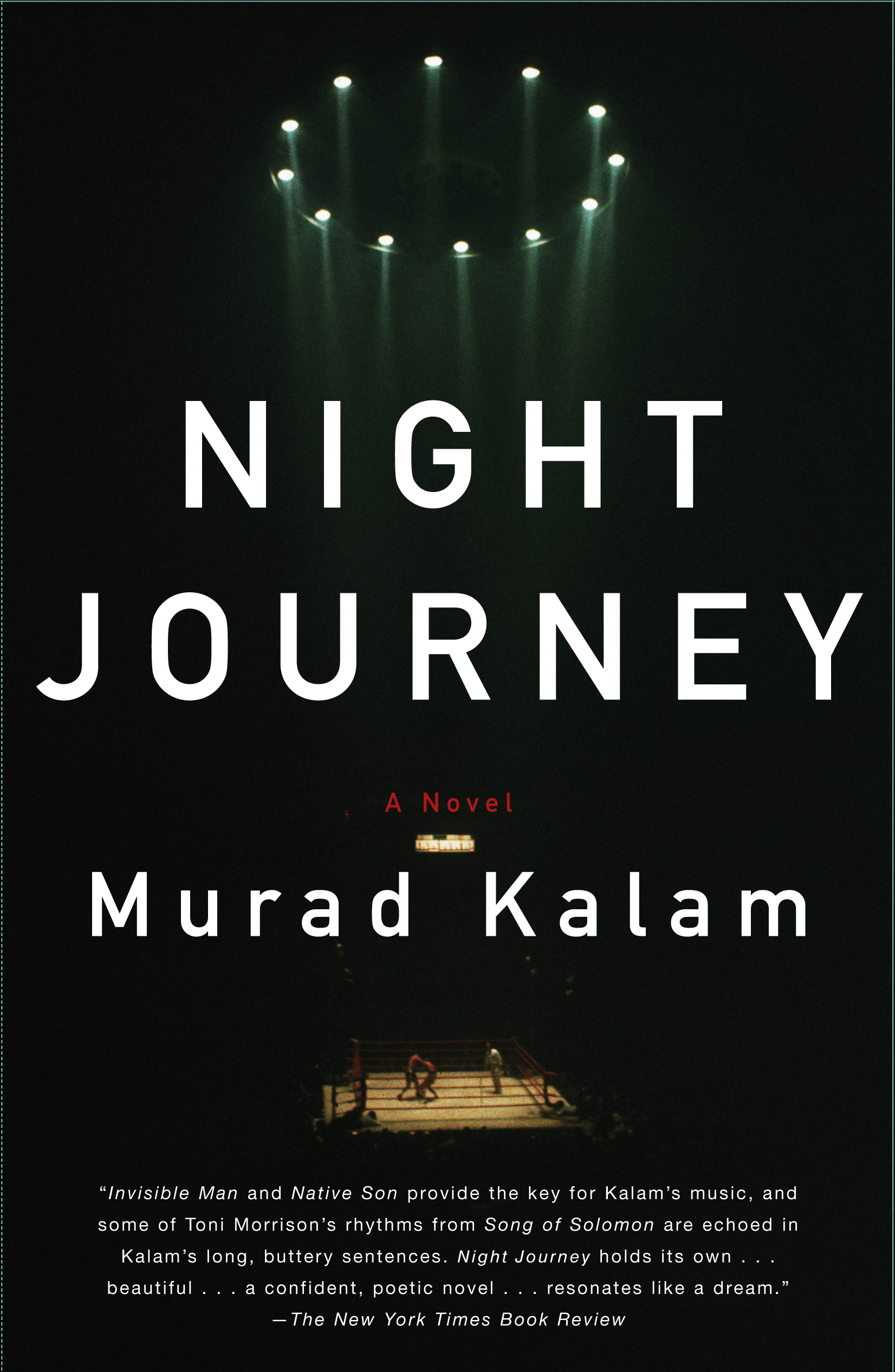 Not since Richard Wright's Native Son has the education of a young man been rendered as daringly, defiantly, and emotionally galvanizingly as in Murad Kalam's Night Journey.
Night Journey is the story of Eddie Bloodpath, beautiful, oversized, awkward child of South Phoenix's Third Ward. Hefty and handsome, quiet and strong like his long-lost father, Eddie is the good son, seemingly immune to the powerful pull of the streets. His older brother, Turtle -- a frail, stuttering, grammar school dropout who was born to hustle -- isn't convinced that Eddie will stay out of trouble. Acting on instinct, Turtle plucks Eddie from the brink of the urban abyss and delivers him to the boxing gym.
A perpetual innocent and reluctant pugilist, Eddie is adopted by a rogues' gallery of melancholy prizefighters, artful hustlers, strung-out mystics, pubescent crack lords, and drunken burnouts. He falls in love with Tessa, a hauntingly beautiful prostitute with whom he shares an unspeakable secret. Waiting in the wings is Marchalina, Eddie's high school crush, a privileged, bookish, North Phoenix girl who could save him from his worst instincts.
When a senseless murder and its aftermath send Eddie running from the sun-washed landscape of the American Southwest, he tries to fight his way to safety -- first in Chicago, at the national amateur competition, and then in the surreal underworld of Las Vegas professional boxing. Rushing pell-mell toward manhood, Eddie must discover where his true allegiances lie.
An American odyssey, Night Journey is a first novel equally remarkable for its raw power and wise empathy, borne up by Murad Kalam's unshakable belief in the ultimate grace of humanity.

By clicking 'Sign me up' I acknowledge that I have read and agree to the privacy policy and terms of use. Free ebook offer available to NEW CA subscribers only. Offer redeemable at Simon & Schuster's ebook fulfillment partner. Must redeem within 90 days. See full terms and conditions and this month's choices.
Discussion Questions for Night Journey by Murad Kalam
1. The area of Phoenix where most of the novel takes place is described as "little and laughable, a caricature of Los Angeles." How might the boys' lives have been better and worse if they lived in a city like L.A.? How are they shaped by the size and nature of their environment?
2. How do Eddie and Turtle react to the disappearance of their father? How do their reactions most significantly differ from each other? How does this desertion kick-start the events that make up the rest of the story?
3. Name the father figures encountered by Eddie and Turtle throughout the book. In what ways did each man help or fail the boys? Who among them had the best intentions? Who had the worst?
4. What is the importance of Eddie's involvement with the Nation of Islam? What specific changes come about in his life because of that involvement? Is his attraction to the group initially a spiritual one, a social one, or both? Does it remain that way? What does the impending Million Man March add as a backdrop to the rest of the novel?
5. What keeps Eddie from the same type of trouble that plagues Turtle? What formative events do most to shape Eddie when he is younger? What role does his talent for boxing play? What people or incidents influence the decisions, and how does this differ from Turtle's experience?
6. The novel is driven by many personal and social themes. Did you react to the book largely as a personal story or a larger, societal one? If you had to choose one theme that is most strongly played out in the novel, which would it be? Why?
7. The differences between Tessa and Marchalina are mostly obvious, but discuss the similarities they share. What does Eddie take from each one when he's with them? How does he think about each woman when apart from her? Eddie meets each of them at a very different time in his life. Discuss how those respective stages of his life might have influenced the way he felt about them, and why.
8. How do Eddie's feelings for Turtle change throughout the novel? What events most influence those changes? When the novel ends, do you think Eddie has made his peace with his brother or still harbors feelings of anger and resentment?
9. In the end, when Eddie returns home, what has he learned? What do you think his purpose is in coming back to Arizona? Where do you think his life will lead after the novel leaves off?
Questions for the Author
1. Eddie and Turtle are such strong central characters. Do you think of the novel as primarily Eddie's story?
2. What was the significance for you of setting the book against the backdrop of the impending Million Man March? How do you think current events can best be utilized to enrich fiction?
3. The spiritual themes of the novel are often subtle, but always present. What role did you see faith and belief playing in the story? Are your characters' lives driven by their ideals, or vice versa?
4. The novel seems driven, partly, by the idea of father figures. What male figures have been strong influences in your life, and how did they help you?
5. As an attorney, what role do you want writing to play throughout your life? Do you see yourself pursuing both fiction and law equally? If so, how do you plan on balancing the time needed for both (and how did you do that with this novel, given your studies, etc.)? 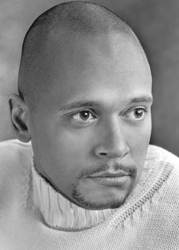 Scott Turow A remarkable first novel -- gripping, moving, and original. Its vivid, impressionistic style and sheer...authority...are completely compelling. You must read this book.

Randall Kennedy Author of Nigger and Interracial Intimacies Murad Kalam will be compared to Richard Wright and with good reason. Like Wright, Kalam explores with an extraordinarily moving directness neglected facets of African-American life. He shows a sharp eye for the telling visual detail, a keen ear for arresting dialogue, and an uncanny ability to portray dramatic action in ways that make a reader keep reading. Night Journey announces the presence of a major new figure in American letters.

Susan Straight Author of Highwire Moon Wonderfully original, Murad Kalam's Night Journey is a path no other writer has taken before, to places rendered with love, humor, and a strange wild grace. His people are vivid and human and unique, his landscapes harsh and yet exquisite in detail. I was intrigued and compelled to read further, to find out what they would make of their lives.