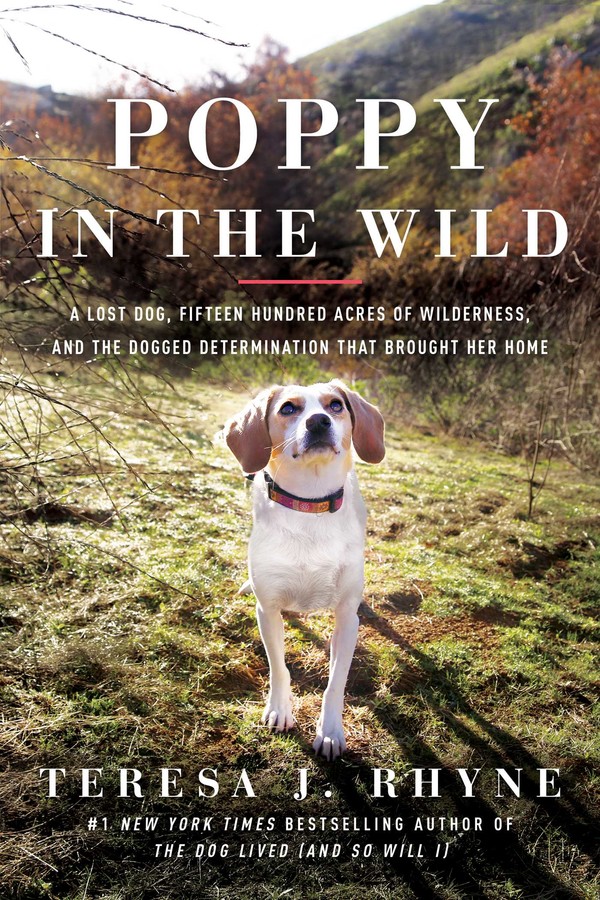 Poppy in the Wild

A Lost Dog, Fifteen Hundred Acres of Wilderness, and the Dogged Determination that Brought Her Home

From the #1 New York TImes bestselling author of The Dog Lived (And So WIll I) comes a tale of love and devotion defying all the odds.

After losing her beloved beagle Daphne to lymphoma, author Teresa Rhyne launches herself into fostering other dogs in need, including Poppy, a small, frightened beagle rescued from the China dog meat trade. The elation of rescue quickly turns to hysteria when Poppy breaks free from a potential adopter during a torrential thunderstorm and disappears into a rugged, mountainous, 1,500 acre wilderness park, bordered by a busy road.

In the quest to find Poppy, Teresa will work with rescue specialists, volunteers, psychics, a Native American who communes with owls, helpful neighbors, decidedly unhelpful strangers, a howling woman, the police, crushing dead ends, glimmers of hope, and her own emotional and physical limits as she sits in the wind and rain in the wilderness park for hours each dusk and dawn with bags of roasted chicken and her dirty socks, the human lure for a terrified beagle and packs of less terrified coyotes.

Meanwhile, Poppy encounters heavy rains, a homeless encampment, the Sheriff and his wife, a series of strangers, speeding traffic, hawks, and, ultimately, a world of people willing to do anything to protect rather than harm her. Through an unexpected late night encounter, Poppy is finally caught.  After her time in the wild, Teresa reunites with an unexpectedly transformed Poppy, now newly confident and brave and ready to be welcomed into her forever home.

Teresa Rhyne is the #1 New York Times, #1 Wall Street Journal, and USA Today bestselling author of The Dog Lived (and So Will I) and its sequel The Dogs Were Rescued (and So Was I), which was awarded the Pat Santi Memorial Friend of Animals Award by the Dog Writers Association of America. She was awarded The Albert Schweitzer Humanitarian of the Year by the Riverside Humane Society Pet Adoption Center in 2008 and lives in Los Angeles with her beagles.

Poppy in the Wild

A Lost Dog, Fifteen Hundred Acres of Wilderness, and the Dogged Determination that Brought Her Home