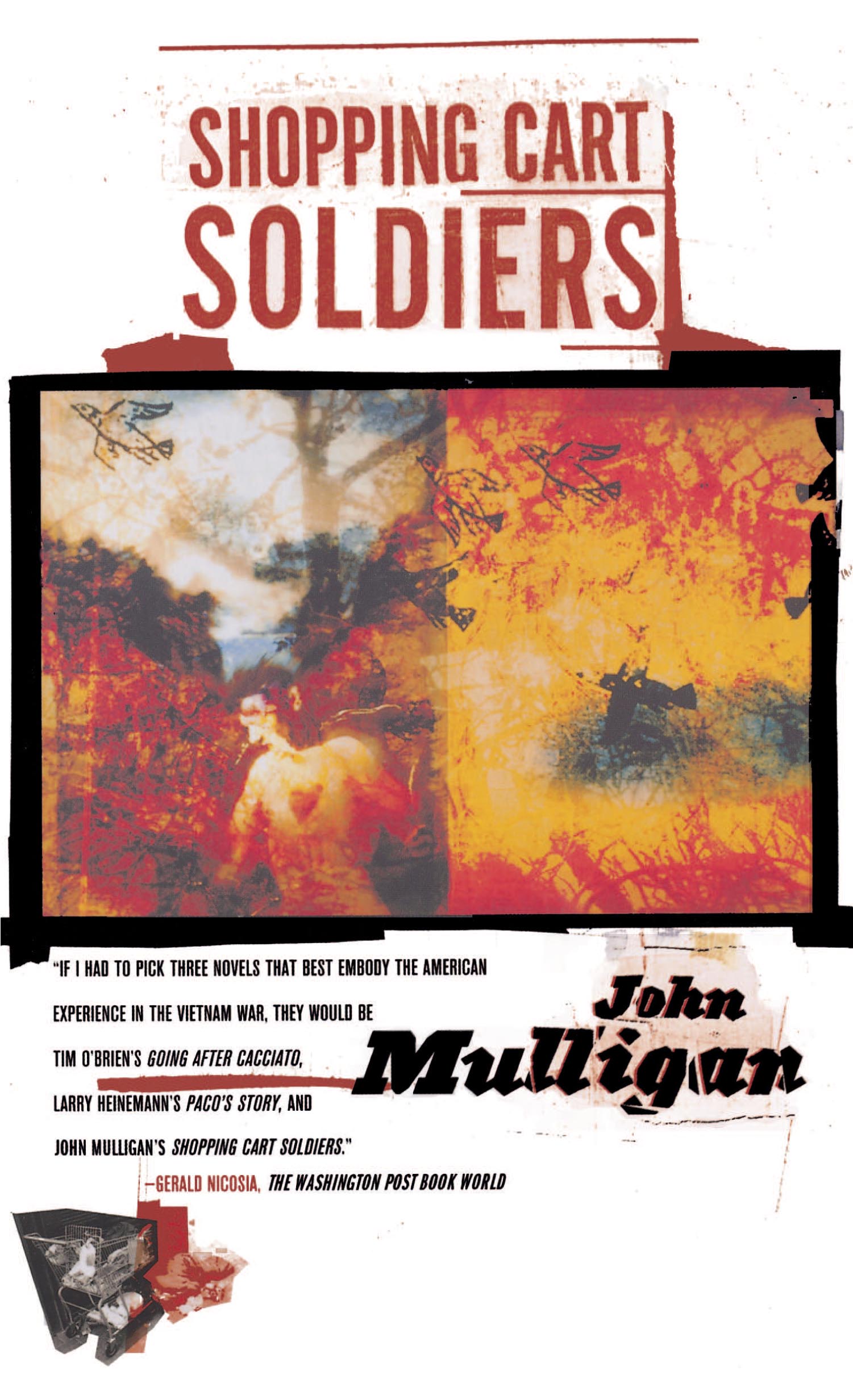 Shopping Cart Soldiers is a modern day Odyssean tale of the atrocities of war and its even more appalling aftermath. Set against the brutal realities of the conflict in Vietnam, John Mulligan tells the story of Finn MacDonald, an eighteen-year-old boy who is drafted soon after he emigrates with his family from Scotland. Upon returning from Vietnam, Finn is plagued by the terrible memories of all he has seen and is pushed into a haze of self-destructive behavior that tests his will to survive. Shopping Cart Soldiers chronicles Finn's painful and remarkable journey -- and his triumphant path to spiritual renewal and recovery.

Gerald Nicosia The Washington Post Book World If I had to pick three novels that best embody the American experience in the Vietnam War, they would be Tim O'Brien's Going After Cacciato, Larry Heinemann's Paco's story, and John Mulligan's Shopping Cart Soldiers.

Wally Lamb author of I Know This Much is True and She's Come Undone Simultaneously hellish and hopeful...I was moved and mesmerized by Mulligan's harrowing story.

Maxine Hong Kingston author of The Woman Warrior This book is unprecedented in conveying the mythic truth of war....When I read John's work, I dream about his character....I'm amazed at the power of his writing.

Larry Heinemann author of Paco's Story As dreamy and eerie, singular and compelling a novel as you will ever read. A prime piece of storytelling.